Functions of the Reserve Bank of India (RBI)

According to the preamble of the Reserve Bank of India Act, the main functions of the bank is “to regulate the issue of bank notes and the keeping of reserves with a view to securing monetary stability in India and generally to operate the currency and credit system of the country to its advantage.” 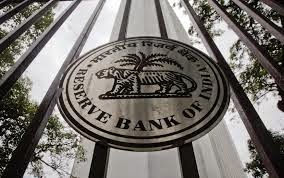 The Reserve Bank of India discharges all those functions which are performed by a central bank. Among these the more important functions are as follows:

2. Banker to the Government:

The Reserve Bank of India serves as a banker to the Central Government and the State Governments. It is its obligatory function as a central bank. It provides a full range of banking services to these Governments, such as:

(a) Maintaining and operating of deposit accounts of the Central and State Government.

(b) Receipts and collection of payments to the Central and State Government.

(c) Making payments on behalf of the Central and State Government.

(d) Transfer of funds and remittance facilities of the Central and State Governments.

(e) Managing the public debt and issue of new loans and Treasury Bills of the Central Government.
(f) Providing ways and means advances to the Central and State governments to bridge the interval between expenditure and ﬂow of receipts of revenue.

(g) Advising the Central/State governments on ﬁnancial matters, such as the quantum, timing and terms of issue of new loans. For ensuring the success of government loan operations, the RBI plays an active role in the gilt-edged market.

(h) The bank also tenders advice to the government on policies concerning banking and ﬁnancial issues, planning as resource mobilisation. The Government of India consults the Reserve Bank on certain aspects of formulation of the country’s Five Year Plans.

(i) The Reserve Bank represents the Government of India as member of the International Monetary Fund and World Bank.

4. Lender of the Last Resort:

The scheduled banks can borrow from the Reserve Bank on the basis of eligible securities. They can also get the bills of exchange rediscounted. The Reserve Bank acts as the clearing house of all the banks. It adjusts the debits and credits of various banks by merely passing the book entries.

The Reserve Bank has the responsibility of maintaining the external value of the rupee. There is centralisation of the entire foreign exchange reserves of the country with the Reserve Bank to avoid ﬂuctuations in the exchange rate.The RBI has the authority to enter into foreign exchange transactions both on its own account and on behalf of government. The bank is also empowered to buy and sell foreign exchange from and to scheduled banks in amounts of not less than the equivalent of Rs. 1 lakh.