i. AIADMK General Secretary J Jayalalithaa was on 23 May 2015 sworn-in as the Chief Minister of Tamil Nadu for fifth time. Along with her, 28 others were sworn in as ministers in her Cabinet.
ii. The oath was administered by Tamil Nadu Governor K Rosaiah at the Madras University Centenary Auditorium in Chennai. 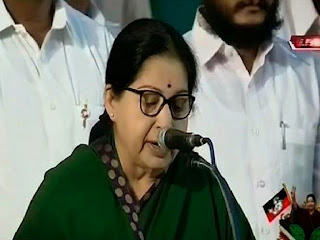 iii. She is the 18th Chief Minister of Tamil Nadu and succeeded O Panneerselvam who resigned on 21 May 2015 following her acquittal on 11 May 2015 in the disproportionate assets case by the Karnataka High Court.

i. The Union Cabinet on 21 May 2015 gave its approval for setting up of a new Ammonia-Urea Complex at Namrup in Assam. The complex will be set up on Public-Private Partnership (PPP) mode by a joint venture (JV).
ii. In the proposed JV, PSU Brahmaputra Valley Fertilizer Corporation Limited (BVFCL), Government of Assam and Oil India Limited (OIL) shall have 11 percent, 11 percent and 26 percent equity holding respectively and balance 52 percent by private/public sector entity (entities) which would be inducted through a competitive bidding process.

i. The World Bank on 20 May 2015 approved 250 million US dollar credit for the Enhancing Teacher Effectiveness in Bihar Programme. The credit will be provided to improve the effectiveness of elementary school teachers in Bihar by making them more qualified, accountable and responsive.
ii. The credit is being provided from the International Development Association (IDA), the World Bank’s concessionary lending arm, and the credit is on IDA terms with a maturity of 25 years, including a 5 year grace period.

i. The inauguration was held in the presence of Union Minister of state for Power, Coal and New and Renewable Energy Piyush Goyal and the Minister of State for Urban Development, Housing and Urban Poverty Alleviation Babul Supriyo. 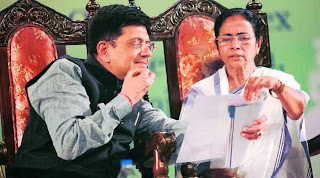 ii. Coal India Limited (CIL), a Maharatna company, is the largest coal producer company in the world. It contributes around 81% of the coal production in India.

i. Mohan Kumar will be in the office for a period of two years and succeeds Radha Krishna Mathur who completes his tenure on 28 May 2015.
ii. Kumar, a 1979 batch IAS officer of Odisha cadre, is presently Secretary of the Department of Defence Production in the MoD.

i. Akhil Amar, an Indian-American professor from Yale University, was on 21 May 2015 appointed as a member of the prestigious National Council on Humanities of United States (US) by President Barack Obama.
ii. Presently, Amar is Sterling Professor of Law and Political Science at the Yale University.

UN observed International Day for Biological Diversity on 22 May 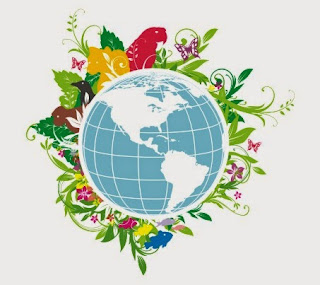 Theme - "Biodiversity for Sustainable Development"
i. This year theme highlights the relevance of biodiversity in achieving the goal of sustainable development. It also highlights the importance of efforts made to establish a set of Sustainable Development Goals (SDGs) as part of the UN Post-2015 Development Agenda (2015-2030).
ii. May 22 was proclaimed as the International Day for Biological Diversity (IDB) in December 2000 to increase understanding and awareness of biodiversity issues and to commemorate the adoption of Convention of Biological Diversity (CBD) on 22 May 1992 by the Nairobi Final Act.

i. The British sports business magazine SportsPro on 20 May 2015 released the World’s 50 Most Marketable 2015 report. Eugenie Bouchard, Tennis player from Canada, topped the list.
ii. Indian Cricketer Virat Kohli was placed at the sixth position ahead of United States basketball star Stephen Curry. Another Indian, ace shuttler Saina Nehwal was placed at the 44th position.

i. 9th Session of the India-South Africa Joint Ministerial Commission (JMC) was held in Durban on 19 May 2015. The session was co-chaired by Minister for External Affairs and Overseas Indian Affairs Sushma Swaraj and Foreign Minister of South Africa Maite Nkoana-Mashabane.
ii. The two ministers, Swaraj and Mashabane decided to hold the next Session of the Joint Ministerial Commission in India at mutually convenient dates in 2017.

i. India was ranked at 24th position out of 70 countries in the first Environmental Democracy Index that is topped by Lithuania at the first position, Latvia at the second and Russia at the third position.
ii. Washington-based World Resources Institute (WRI) and the Access Initiative on 20 May 2015 released the first Environmental Democracy Index (EDI) for the year 2015. The index evaluates the environmental democracy in 70 countries based on recognised international standards.

Bank of India ties up with MasterCard to launch three cards

i. India’s largest commercial bank the State Bank of India said that its tie up with Snapdeal for funding MSMEs will boost Prime Minister Narendra Modi’s Make-in-India initiatives by putting more funds in the hands of the small entrepreneurs enabling them to boost their industries.
ii. Under this pact, SBI will offer easy loans to MSME traders and manufacturers on the Snapdeal platform enabling them to scale up operations. There will be concessional interest rate for women entrepreneurs and zero collateral security for loans up to Rs.1 crore. Traders will get collateral free loans up to Rs. 25 lakh.

RBI eases rules for sale of bad loans to ARCs