Rules Regarding OBC and Creamy Layer Certificates in SSC Exams

2.It is necessary for everyone to get the OBC certificate renewed after every three years for SSC exams as creamy layer status may change if a person remains in creamy layer for 3 years continuously. 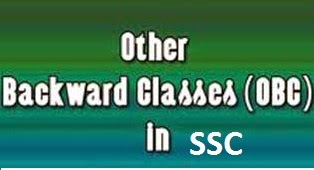 3. The OBC certificate must have been issued within 3 years of closing date or issued before last stage of the exam concerned.

5. OBC certificate should be in prescribed format published by SSC from specified authorities. No deviation is permitted,

6. OBC certificate is on the basis of one’s parents income. And hence if any person is in any sort of employment, his income is not to be added to his parents’ income while calculating the maximum income required in case of acquiring the OBC certificate.

7. The Commission has decided to accept OBC certificate, in the prescribed format, issued after the closing date but before the last tier/stage of the examination i.e. Interview/Skill Test/Computer Proficiency Test/ Document Verification, as the case may be, as valid proof of belonging to non-creamy layer of OBC.

IMPORTANT:
The creamy layer status of a candidate (even for married lady) for whole lifetime is decided by parent’s post / agricultural land / income in following manner:

ii-a) Parents either of whom or both of whom are directly recruited Class I/Group A officer(s).

b) Parents both of whom are directly recruited Class II/Group B officers.

NOTE-I: To claim OBC reservation benefit, you need two certificates i.e. the caste certificate and the creamy layer certificate. It should be in the format provided by SSC.

NOTE-II:
OBC Castes fall in two categories namely ‘State’s own list’ and ‘Central government’s list';, which are different. To apply in SSC Your caste MUST be in central list.
For example, Certain Chaudhari caste in Gujarat are in state backward list but not in the central backward list. Meaning, such person can claim reservation when applying for Gujarat University/GPSC but he cannot claim reservation when applying for IIM/UPSC/SSC/Banks.

NOTE-III:
Candidates claiming OBC status may note that certificate on creamy layer status should have been obtained within three years before the closing date for receipt of application. This depends on the income/status of your PARENTS (this is clearly mentioned in page 10 of the official notification), means this doesn’t depend on your own job/business OR your husband’s job/business. If your mom/dad is government employee then INCOME criteria doesn’t apply. (e.g. if dad is class3 employee, then it doesn’t matter whether he gets 6 lakhs or 7 lakhs. You’re still non- cream layer. If your parents have private business, then income criteria applies. (Max. 6 Lakh rupees annual income)
In short, make sure you’ve these certificates, else make trip to Tehsildar’s office/Collector Office/Jan-Seva Kendra and get the proper certificates. Otherwise, SSC will reject you at the last stage, during document verification and your entire year will be wasted for nothing.