September 22, 2014
Brought to You by - Competition ZENITH
Foreign exchange market is the place where the financial institutions of different countries come and exchange the currencies in a defined manner and set rates. In forex market the deals of currencies are done and in turn it defines the value of one currency in comparison to the other (remember the hue and cry created about falling of our Rs against Uncle Sam’s dollars).

A foreign investor (FII or FDI) is a major source of foreign currency in India let us consider a situation, There is a massive downturn in the USA’s economy, an investor with bag full of dollars goes to Forex market and convert his dollars in to Rupees, then he comes to India to invest and in turn generate huge amount of profits because of cheap labour and other resources. He zeroes on Bengal as his site of operation, but whatever rosy he had heard of India evaporates in a jiffy, Didi along with her brigade stopped the move and forced the dollar man out of the state, he shifts his base to other possible alternative and loose huge amount of money due to leasing of new land, final settlement of employees in Bengal taking new licenses and clearances and adding insult to the injury was a 10lakh fine imposed on him due to environmental issues all these created a Picasso classic of bad Indian image in the foreign market, in meantime US economy shows signs of revival so the Dollarman disinvested his chunks of dollars from India and move towards uncle Sam’s backyard, it results in the loss of dollars in Indian chest. 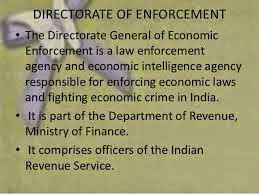 Here is a case in the context –
India has a huge demand of petrol and diesel in their economy, to buy fuels from Saudi Arabia India needs a currency that Arab accepts (same as you cannot buy milk by paying wheat anymore). Arab needs dollars to invest and purchase goods from different countries (dollar is the most accepted and sought of currency). So Indian oil companies will have to go to foreign exchange market to buy dollars with rupees.

How the rates are decided-

Now the Indian oil companies go to Forex market to buy dollars for paying fuel bills but the dollar rich institutes citing the opportunity will not release their funds this easily, as they don’t need Rs anymore (due to the unsupportive govt, Inflation and scams in India), The case is same as you fetch a drastically low prices for the junk lying inactive at your home, So this will lead in to extended round of negotiations and the past rate of 55Rs (say) against a dollar will go up to 60Rs a dollar or even more. This will in turn be a reason for rise of transport of goods in India and the final goods that used to come for 10Rs in past will jump to 12 or more hence the prise rise will strike in India leading to inflation.

Foreign exchange regulation in India comes under FEMA (previously FERA) , under this act RBI puts the persons who engage in foreign exchanges, who holds properties abroad and who makes payment to offshore countries under the scanner.