a. formation of subgroups
(i)   first sub group will focus on 66 centrally sponsored schemes(CSS) and suggest whether the Schemes should be continued or not.
(ii)  second sub group would suggest means for the Aayog to promote skill development in the States i.e. based on HRD
(iii) third sub group will create institutional mechanism for Swachh Bharat Abhiyan(SBA). 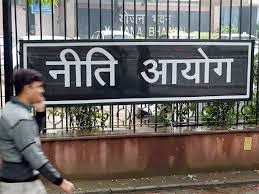 b. formation of Task Force(TF) in all states
(i)   first TF for Poverty alleviation
(ii)  second TF for push to the Agriculture Sector.

2. India's 2014-15 GDP pegs at 7.4%
a. The government on Monday forecast annual economic growth to accelerate to 7.4 percent in the     fiscal year ending in March 2015 after Asia's third-largest economy grew 7.5 percent in the quarter to end-December.
b. The government had recently updated the base year to calculate Gross Domestic Product (GDP) to 2011-12 from 2004-05.
c. Growth in the agriculture, forestry and fishing; mining and quarrying; construction and manufacturing’ is estimated to be 1.1 per cent, 2.3 per cent, 4.5 per cent and 6.8 per cent, respectively.

3. HSBC Indian list just doubled to 1195 names, Balance: Rs 25420 cr
a. With a global leak revealing tax evasion through offshore accounts in its Swiss branch, UK-based global banking giant HSBC on today admitted there have been lapses in the past on its part.
b. Mukesh Ambani, Richest Indian industrialist, personal worth over $20 billion. He opened two HSBC accounts in 2001. Average joint balance of $26.6 million in 2006/2007.
c, The investigation revealed 1,195 Indian HSBC clients, roughly double the 628 names that French authorities gave to the Government in 2011.

a. The MoU was signed by Adani Enterprises CEO Vineet Jain and Rajasthan Renewable Energy Corporation Managing Director B. K. Dosi in the presence of Chief Minister Vasundhara Raje  for developing solar parks with a capacity of 10,000 MW in the next ten years.
b. solar parks of 5,000 MW capacity will be developed in the next five years.The Adani group has proposed to make Rs.40,000 crore investment in Rajasthan.

5. 57th Grammy Awards higlights
a. Two Indians win Grammy this year 1-India-based Ricky Kej’s collaborated album Winds Of Samsara won the Best New Age Album trophy
b. Neela Vaswani She won the trophy in the Best Children’s Album category for I Am Malala: How One Girl Stood Up For Education And Changed The World (Malala Yousafzai). Vaswani narrated the audio version of the book. 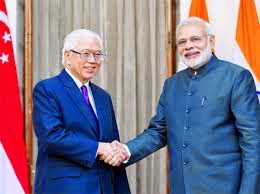 b. He inaugurated the opening of the Peranakan Exhibition themed "The Peranakan World: Cross-Cultural Art from Singapore and the Malacca Straits", which is the main commemorative event celebrating the 50th anniversary of bilateral relations, at the National Museum in New Delhi.
c. He also launched the Singapore-India Commemorative Book published by the Institute of South Asian Studies, and attend the "Flavours of Singapore" hosted for the Singaporean community 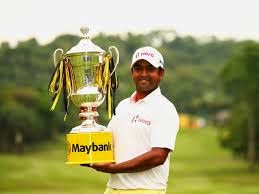