(a) In an effort to deepen economic cooperation, Israel has offered its expertise and technological       capabilities to India in its ambitious drive to clean up the Ganga. 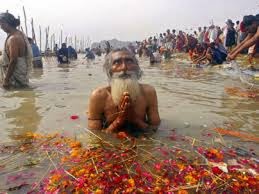 (b) Israel has made significant technological advancement in desalination and drip irrigation with       the world’s largest desalination plants and recycles 90 per cent of water for agricultural needs.

(a) Economist and Nobel laureate Amartya Sen has won the newly instituted Charleston - EFG John Maynard Keynes Prize.Professor Sen will receive £7,500 to commission a work of art.
(b) John Maynard Keynes was a British economist whose ideas have fundamentally affected the theory and practice of modern macroeconomics.

(a) Facebook announced a tie-up with Reliance Communications to launch Internet.org in           India.India now becomes the sixth destination for Internet.org.
(b) The tie-up gives subscribers of Reliance Communications who have Internet-enabled handsets       free access to 38 Websites – a mix of news, music, education, weather and health sites. The list           includes Facebook, Wikipedia, and Reliance Astrology.

(a) The State Department has confirmed that it has closed the U.S. Embassy in Yemen and evacuated its staff because of the political crisis and security concerns following the takeover of much of the     country by Shiite rebels.

(a) ICICI Bank today launched 'Pockets', a digital banking service, enabling users to instantly send     money to any e-mail id, mobile number, friends on Facebook and bank account.
(b) This wallet uses a virtual VISA card which enables the users to transact on any website or             mobile application in India. 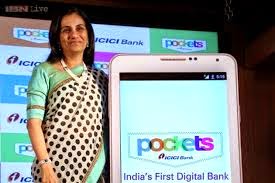 (c) Users can choose to add a zero-balance savings account to the wallet, which will allow them to     earn interest on their idle money.
(d) The universal wallet and the savings account are the first two products to be launched as part of     the 'Pockets'digital bank.

(a) The virus, of the deadly Trojan variant, has been identified and named as 'Cridex'.
(b) Computer Emergency Response Team of India (CERT-In) is the nodal agency to combat               hacking, phishing and to fortify security-related defences of the Indian Internet domain.

(a) Sembcorp will be investing Rs 1051 crore, valuing the company at over Rs 4400 crore. This also   will be the first such foreign investment in the renewable energy sector(i.e. wind).