i. An agreement between the Centre and the Reserve Bank of India last month formalised a policy that the central bank had been following since January 2014, of prioritizing controlling price rise.
ii. In case, factors beyond the control of the Reserve Bank such as fiscal irresponsibility of the Centre or constraints in supplies of goods and services are stoking inflation, it (RBI) could hike interest rates to meet the target set.
iii. The Centre would amend the RBI Act for the setting up of the proposed monetary policy committee, a key element of the new framework.
iv. The budget announcement about proposed ‘strategic disinvestment’ in public sector units would enable the Centre to induct private strategic partners. 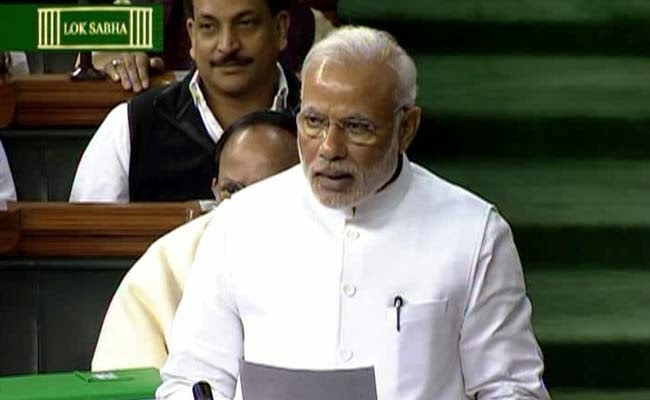 i. The long-pending Insurance Bill – that seeks to increase the Foreign Direct Investment cap in the sector to 49 per cent — was introduced in the Lok Sabha.
ii. Union Minister of State for Finance Jayant Sinha sought permission of the Lok Sabha to introduce the The Insurance Laws (Amendment) Bill, 2015.
iii. The Opposition contention was that the Government was trying to set a new precedent that violated the very structure of the bicameral system of Parliament that India has adopted. 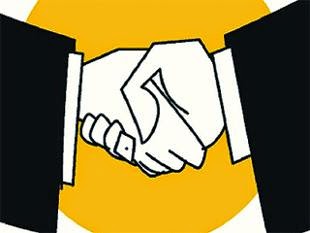 i. A memorandum of understanding (MoU) was signed by China Mobile chairman Xi Guohua and Bharti Airtel chairman Sunil Bharti Mittal.
ii. Bharti Airtel has entered into a strategic collaboration with China Mobile under which the two companies will work towards the growth of the LTE (long-term evolution) ecosystem and evolving mobile technology standards.
iii. China Mobile and Airtel are also among the founding members of the Global TD-LTE (Time division-Long-term evolution) initiative.

i. Election Commission of India (ECI) has launched National Electoral Roll Purification and Authentication Programme (NERPAP).
ii. It's main objective is to bring out a totally error-free and authenticated electoral roll throughout the country.
iii. For the authentication purpose, Electoral Photo Identity Card (EPIC) data of electors will be linked with Aadhar data. It also focuses to improve the image quality of electors along with sorting issues like corrections of errors.

i. Five Indian women have made it to the Forbes list of the world’s billionaires that saw a record number of women this year, although they still account for just about 11 per cent of the total.
ii. Among Indian women, Savitri Jindal and family was ranked 283 on the list with a net worth of $5.3 billion in 2015, up from $4.9 billion in 2014.
iii. Indu Jain who chairs media conglomerate Bennett, Coleman & Co, was placed at the 603 rank globally. Her net worth stands at $3.1 billion.
iv. Christy Walton, who inherited a stake in retailer Wal-Mart, retained the title of world’s richest woman at $41.7 billion, followed by Liliane Bettencourt, the principal heiress to the L’Oreal cosmetics fortune in the second place with $40.7 billion.
v. Bill Gates was named as the world's richest man, and Mukesh Ambani topped the richest list in India.

i. The Lok Sabha passed the Citizenship (Amendment) Bill, 2015 by voice vote. It merges Persons of Indian Origin (PIO) and Overseas Citizen of India (OCI) cardholders.
ii. This bill will replace an ordinance promulgated in this regard and amend the Citizenship Act, 1955.
iii. In cases related to citizenship by registration and naturalization, this amendment bill relaxes the requirement of 12 months. In this case, 30 days break will be provided if the central government is satisfied in special circumstances with a written record.

i. Indian Railways has became the first company in the country to provide customer complaint services on a mobile app, besides providing the facility online by launching a complaint management system (Coms).
ii. The Coms comprises the mobile app, an online portal backed by a centralised grievance redressal monitoring system and a mobile network messaging facility.
iii. Complaints will be provided with a unique complaint ID number (and) complainants can use the unique ID number to track progress of complaints.

i. Tata Power Company (TPC) has successfully commissioned a 63 MW first unit of its 126 MW Dagachhu Hydro Power Corporation (DHPC) in Bhutan, to take its overall power production capacity to 8,684 MW.
ii.The 126-MW Dagachhu run of river project is a joint venture between Tata Power and Druk Green Power Corporation, owned by Royal Government of Bhutan (RGoB) and National Pension & Provident Fund of Bhutan.
iii. the 126 MW Dagachhu project is the first hydroelectric project that has been successfully completed under a Bhutanese management.