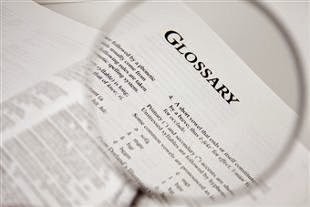 ACCOUNTS OR ACTUALS FOR A YEAR
These are the amounts of receipts and disbursements for the financial year beginning on
April 1st and ending on March 31st following, as finally recorded in the Accounting
authority’s books

CASH SUPPLEMENTARY DEMANDS
This supplementary is over and above the original budget provisions and results in
enhancement of the allocation for the Demand/Grant.

CONSOLIDATED FUND OF INDIA
All revenues of the Union Government, loans raised by it and all moneys received in
repayment of loans form one consolidated fund called the Consolidated Fund of India
(Article 266(1) of the Constitution of India).

CONTINGENCY FUND OF INDIA
Contingency Fund is a corpus of funds which is Rs 500 crores at present. The Contingency
Fund is intended to provide advances to the executive/Government to meet unforeseen
expenditure arising in the course of a year pending its authorization by the Parliament.
(Contingency Fund of India Act 1950 and Article 267 (1) of Constitution of India).

CUT MOTIONS
When a Demand for Grant is taken up for discussion any Member of Parliament may seek
reduction in the amount of the Demand by moving any Cut Motions.

DEMAND FOR GRANT
A separate demand for grant is made in respect of Ministries’ financial requirements and
expenditures which cannot be classified under a single ministry. Each demand contains a
statement of the total grant proposed and detailed estimate under each grant divided into
items.

ECONOMY CUT
This motion by moving reduces the amount of the demand by a specified amount
representing the economy that can be affected. The Member giving notice of ‘Economy Cut’
may indicate either a lump sum reduction in the Demand or omission or reduction of an
item.

FINANCE BILL
The Finance Bill is presented in Parliament detailing the imposition, abolition, remission,
alteration or regulation of taxes proposed in the Budget. It is accompanied by a
memorandum explaining its provisions.

FISCAL DEFICIT
Fiscal deficit is the difference between the revenue receipts plus non-debt capital receipts
and the total expenditure including loans, net of repayments. This indicates the total
borrowing requirements of Government from all sources.

GUILLOTINE MOTION
On the last days allotted for discussion on the Demands for Grants, at the time fixed in
advance, the Speaker puts all the outstanding Demands for Grants to the vote of the House.
This process is known as ‘Guillotine’ and is a device for bringing the debate on financial
proposals to an end within a specified time with the result that several Demands have to be
voted by the House without discussions.

POLICY CUT
Under this motion the amount of the Demand is reduced to Re. 1, thus representing
disapproval of the policy underlying the demand. The Member giving notice of ‘Disapproval
of Policy Cut’ indicates in precise terms the particulars of the policy which he proposes to
discuss.

QUARTERLY EXPENDITURE ALLOCATION
These are issued under the Modified Expenditure Management System. They are submitted
to the Ministry of Finance, Cash Management Cell (Budget Division) and may not be
exceeded by Ministries and Departments without the Cell's prior permission.

REVENUE BUDGET
The revenue budget consists of revenue receipts of the government (revenues from tax and
other sources), and its expenditure.

REVISED ESTIMATES
Revised Estimates reflect the supplementary requirements for funds submitted to the
Parliament by Ministries and Departments as Supplementary Demands for Grants.

SUPPLEMENTARY DEMANDS FOR GRANTS
This means the statement of supplementary demands laid before the parliament, showing
the estimated amount of further expenditure necessary in respect of a financial year over and
above the expenditure authorized in the Annual Financial Statement for that year.

TECHNICAL SUPPLEMENTARY DEMANDS
There are 4 Sections in each Demand viz., Revenue-Voted, Revenue-Charged, Capital- Voted
and Capital-Charged. When there is a saving in one of the Sections and the same is proposed
to be utilized for another scheme under a different section a Technical Supplementary
Demand is used after the Parliamentary approval.

TOKEN CUT
Under this motion the amount of the demand is reduced by Rs. 100 in order to ventilate a
specific grievance, which is in the sphere of the responsibility of the Government of India.

TOKEN SUPPLEMENTARY DEMANDS
Token supplementary of Rs 0.01 crore is obtained when due to NS/NIS (New Service/ New
Instrument of Service) limits, approval of Parliament is required for Re-appropriation
towards utilizing the savings within the same section of the Demand.

VOTE ON ACCOUNT
The Vote on Account is a grant made in advance by the Parliament, in respect of the
estimated expenditure for a part of new financial year, pending the completion of procedure
relating to the voting on the demand for grants and the passing of the Appropriation Act.

Re-Visit For SAQs On This Topic, Soon.