i. It became operational after Union Finance Minister Arun Jaitley unveiled the rules and regulations for this global financial hub at a special ceremony organized at Mahatma Mandir in Gandhinagar.
ii. It allows companies incorporated outside India to raise money in foreign currencies by issuance and listing of their equity on stock exchanges within the IFSC

i. State-owned power equipment-maker Bharat Heavy Electricals Limited (BHEL) on 13 April 2015 commissioned a 600 MW thermal unit at Dhabra in Janjgir Champa District of Chhattisgarh for the Dainik Bhaskar Power Limited.
ii. As per BHEL, its cumulative installed capacity now stands at 11400 MW in the state and its share of the total installed capacity in the state stands at 68 percent. 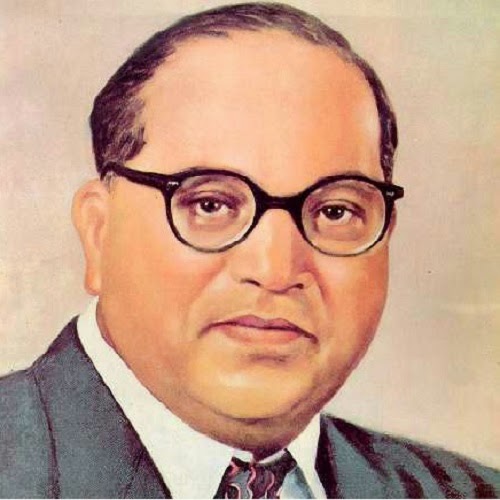 i. A noted jurist, economist and social reformer, Dr. Ambedkar campaigned against discrimination of Dalits, caste discrimination, and 'untouchability.'
ii. As the free India's first Law Minister and Chairman of the Constitution Drafting Committee, Dr. Ambedkar drafted the nation's constitution. He was posthumously conferred with the Bharat Ratna in 1990.

In a first, DPRK Foreign Minister on India visit

i. In a significant diplomatic engagement between India and Democratic People’s Republic of Korea (DPRK), the Foreign Minister Ri Su Yong met his Indian counterpart Sushma Swaraj on Monday. 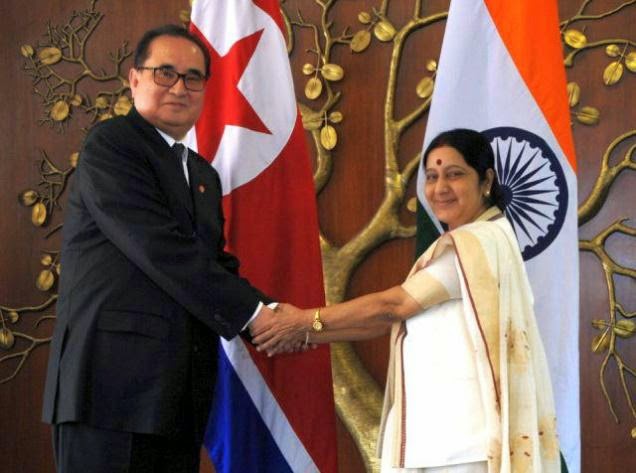 ii. This is the first ever visit at the Foreign Minister level from North Korea to India. Mr. Yong is here on a three day visit beginning Sunday on the invitation of Ms. Swaraj.

i. Lt General (retd) Hanut Singh, the recipient of the Mahavir Chakra and hero of 1971 Indo-Pak war, died on 11 April 2015 in Dehradun, Uttarakhand. He was 82.
ii. He led the 17 Poona Horse regiment during the 1971 war in the Basantar battle, leading to heavy losses on the Pakistan Army by destroying a number of Pakistani tanks. He commanded the regiment in the 1971 war in the rank of Lieutenant Colonel.

i. Nobel laureate German novelist Gunter Grass died on 13 April 2015 in Luebeck, Germany. He was 87.
ii. He was a novelist, poet, playwright, illustrator, graphic artist, sculptor and recipient of the 1999 Nobel Prize in Literature. His writings mainly focused on the Nazi era, the horrors of the war and the destruction and guilt that remained after defeat of Germany. 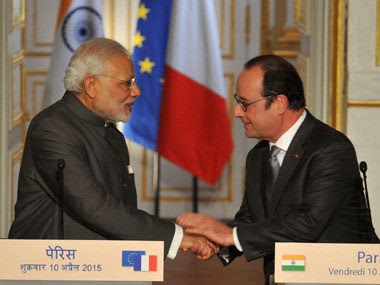 i. Prime Minister Narendra Modi opened on Sunday the Hanover Messe, the world’s largest industrial fair, alongside German Chancellor Angela Merkel.
ii. India is the partner country of this year's trade fair, which brings together about 6,500 exhibitors from 70 nations.
iii. Mr. Modi is promoting his "Make In India" campaign, which he launched in September 2014 to encourage foreign companies to manufacture their products in India. The campaign identified 25 key sectors - including automotive, pharmaceuticals, information technology and tourism and hospitality - as having the maximum potential for growth.
iv. Germany is India’s largest trading partner in Europe and total bilateral trade between the two countries was valued at 16.08 billion euro (17 billion dollars) in 2013. There are currently more than 1,600 Indo-German business collaborations and 600 Indo-German joint ventures in operation.

i. The asteroid is situated in the main asteroid belt between Mars and Jupiter. The asteroid orbits the sun every five-and-a-half years.
ii. National Aeronautics and Space Administration (NASA)’s Jet Propulsion Laboratory on 12 April 2015 named Asteroid 316201 after Malala Yousafzai, the winner of 2014 Nobel Peace Prize.

i. As the president of the WFI he will guide the General Council of the federation and set the policy tone in order to achieve the objectives enshrined in the WFI Constitution.
ii. In the recent elections held in New Delhi, all the office bearers and members of the executive committee in the previous term were elected unopposed including ID Nanavati, VN Prasood who were elected as senior Vice President and Secretary General respectively.

i. The food retail arm of the diversified Godrej Group, Godrej Nature's Basket on 13 April 2015 joined hands with Amazon for selling its products through the e-commerce giant's platform in India. 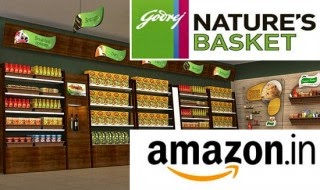 ii. The partnership of both the companies will give a new boost to gourmet retail industry.  This will provide customers across India a convenient and easy access to a wide and unique selection of gourmet products.

SEBI issues norms for settlement of shares via stock exchanges

i. The Securities and Exchange Board of India (SEBI), on Monday, issued procedures for tendering and settlement of shares through stock exchanges for takeovers, buy back and delisting of entities.
ii. Once the basis of acceptance, the clearing corporation would facilitate execution and settlement of trades by transferring the required number of shares from the special account to the escrow account of the acquirer/ company.
iii. The trades would be carried out in the manner similar to settlement of trades in the secondary market process including providing an option for direct payout to the shareholders. 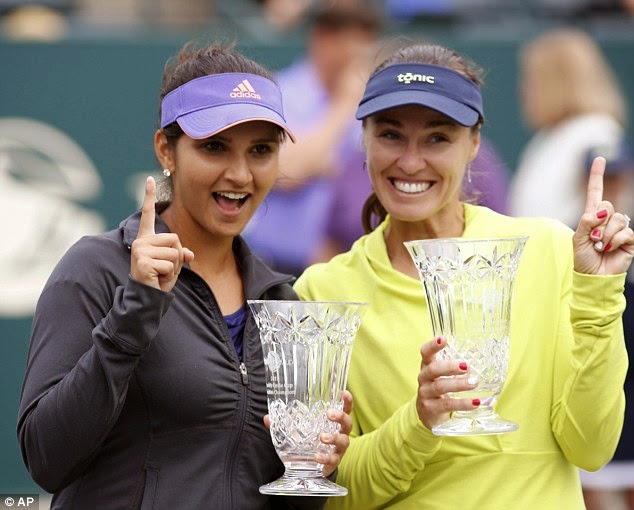 i. Sania Mirza and Martina Hingis, the top-seeded Indo-Swiss pair of Tennis on 12 April 2015 won the 731000 US dollar WTA Family Circle Cup doubles title.
ii. With this win, Sania Mirza also became the first female tennis player from India to achieve the world number one rank in doubles. Sania is also first female player from the country to win Grand Slam tournaments.
iii. This was third consecutive team title for the Indo-Swiss pair. Earlier, they won the Miami Open Tennis women's doubles title on 5 April 2015 and Indian Wells Open title

i. It was the fourth world cup medal for Jitu. Earlier in 2014, he had won three medals at the ISSF Rifle/Pistol World Cup and ISSF Rifle/Pistol/Shotgun World Cup held in Maribor (Slovenia) and Munich (Germany) respectively.
ii. With the present win, she has become the second Indian shooter to be qualified to represent India in the 2016 Summer Olympic Games to be held in Rio de Janeiro, Brazil.

i. With the present victory, the reigning world champion Hamilton registered his second victory of the season and his fourth in China having won the titles in 2008, 2011 and 2014.
ii. Hamilton has won more races compared to any other British driver in the history of Formula One and is currently 5th on the all-time list, with 35 wins.

i. New Zealand won the title for only the second time since the inception of Sultan Azlan Shah Cup competition in 1983. New Zealand’s first victory came in 2012 against Argentina. 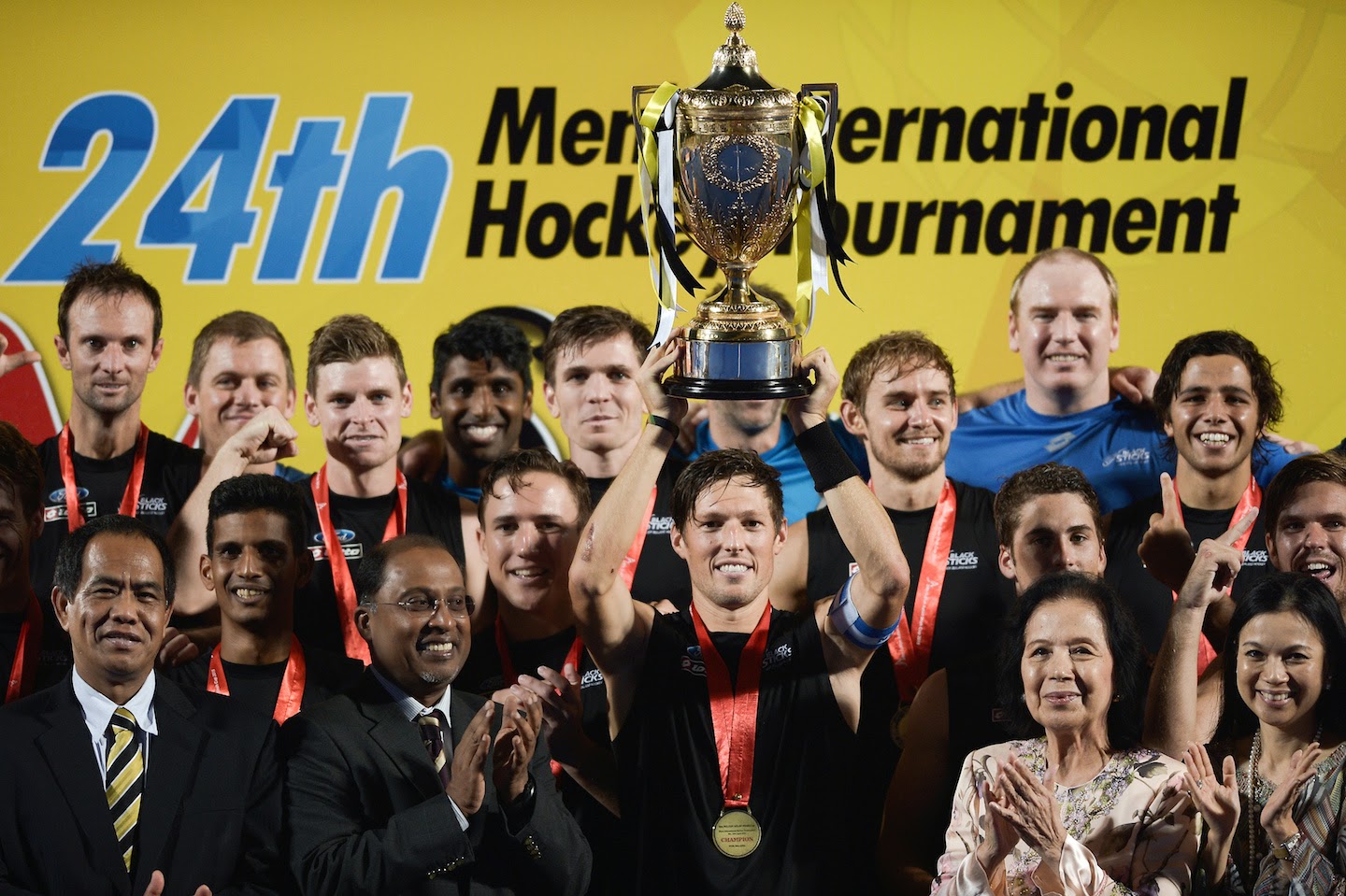 ii. India defeated South Korea 4-1 in a penalty shootout to clinch the Broze medal (third position). This is the first major win for India in Hockey since it won the Gold medal of Hockey at the Incheon Asian Games 2014 defeating Pakistan in the final.