i. The Union Cabinet chaired by Prime Minister Narendra Modi on 5 May 2015 approved the 119th Constitutional Amendment Bill on Land Boundary Agreement (LBA) between India and Bangladesh.
ii. Under the land boundary agreement, India and Bangladesh will exchange several enclaves which are under each other's adverse possession. The bill also includes the territories in Assam in addition to territories of West Bengal, Tripura and Meghalaya.

i. The first regiment of the indigenously developed Surface-to-Air missile Akash Weapon System (AWS) on 5 May 2015 was inducted into the Indian Army in New Delhi. ii.  Akash has been developed by the Defence Research and Development Organisation and is being built by Bharat Dynamics Limited (BDL).

i. The long-pending GST bill was approved by Lok Sabha on Wednesday after a walkout by Congress even as government vowed to compensate states for any revenue loss and assured that the new uniform indirect tax rate will be much less than 27 per cent recommended by an expert panel.
ii. The Constitution Amendment Bill to implement the Goods and Services Tax (GST), originally mooted by the UPA, was passed by 352 votes against 37 after the government rejected the opposition demand of referring it to Standing Committee.

i. World Asthma Day 2015 was observed globally on 5 May 2015. Theme of the year is You Can Control Your Asthma and sub-theme is It’s Time to Control Asthma.
ii. The day is annually organized by the Global Initiative for Asthma (GINA) to improve asthma awareness and care around the world.

i. Michael Blake, the Oscar-winning author on 3 May 2015 passed away in Tucson, Arizona, after a long battle with cancer. He was 69. He got the fame by one of his penned novel Dances With Wolves. 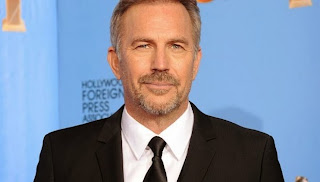 ii. Some of his famous novels include The Holy Road, Airman Mortensen, Marching to Valhalla, Indian Yell, Twelve The King. His autobiography is Like A Running Dog, which had detailed his career in writing and Hollywood.

i. Code-sharing allows an airline to book passengers on its partner carriers and provide seamless transport to multiple destinations where it has no presence.
ii. Air Seycehlles, which is the national carrier of the Seychelles, is partly owned by Gulf carrier Etihad Airways, which holds 40 per cent stake in the airline.

i. Spanish tennis player Rafael Nadal, ranked fourth in the world, was given an honorary doctoral degree by the European University of Madrid in a ceremony attended by hundreds of students. 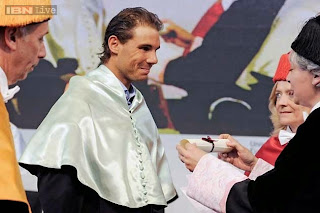 ii. In Nadal's speech before receiving the degree on Monday, he underlined "values and family" as "fundamental elements" to understanding his career and his life