i. The Indian Space Research Organization (ISRO) on 25 May 2015 announced the complete operationalisation of the GPS Aided Geo Augmented Navigation (GAGAN).
ii. The final operational phase of the system commenced on 19 May 2015 as it began broadcasting APV1 Certified signals.
iii. With this, India has become the fourth nation after the US, Europe and Japan to have inter-operable Satellite Based Augmentation System (SBAS). Also, GAGAN is the first SBAS system in the world to serve the equatorial region.

i. The Tripura government on Wednesday lifted the Armed Forces (Special Powers) Act, (AFSPA) from the state with immediate effect, chief minister Manik Sarkar announced.
ii. The Act has been in force in the one militancy-ravaged state since 1997, Sarkar told media the decision was taken in the cabinet meeting on Wednesday.

i. Trevor Bayliss was appointed as the head coach of England cricket team on 26 May 2015. With this appointment, 52-year-old Bliss became the first Australian to coach England.
ii. The New South Wales coach succeeded Peter Moores and will take up the new job in June 2015. Moores second spell ended in first week of May 2015 after he was sacked.

Rajnish Kumar takes over as fourth MD of SBI 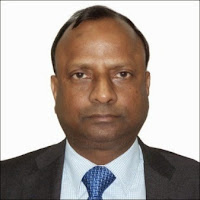 i. Country’s largest lender State Bank of India on Tuesday said the government has appointed Rajnish Kumar as the Managing Director - Compliance and Risk department.
ii. The other three serving MDs at SBI are Pradeep Kumar (Corporate Banking Group), B Sriram (National Banking Group) and VG Kannan (Associates and Subsidiaries). 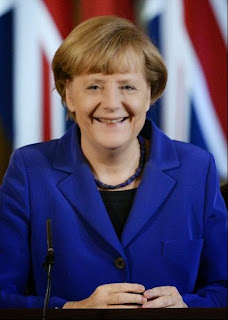 iii. The 59-year-old Bhattacharya has been ranked 30th on the list, followed by Kochhar on the 35th spot, Mazumdar-Shaw (85) and newcomer on the list HT Media Chair Shobhana Bhartia is on the 93rd spot.

i. It was signed by the Indian Defence Minister Manohar Parrikar and the Vietnamese Minister for National Defence General Phung Quang Thanh. 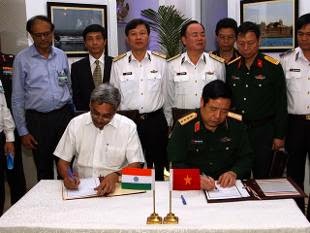 ii. Besides the Joint statement, a Memorandum of Understanding (MoU) on cooperation between the Coast Guards of the two countries was also signed in the presence of the two Defence Ministers.

i. Academy Awards telecast director Marty Pasetta passed away on 21 May 2015 following injuries sustained in a car accident in La Quinta, United States. He was 82.
ii. Pasetta was famously known as a veteran director of live TV extravaganzas including 17 Academy Awards shows. During four decades in television, Pasetta directed and produced specials for Frank Sinatra and Bing Crosby and oversaw tributes to Elizabeth Taylor, Fred Astaire and Alfred Hitchcock.

Nirbhay Sharma sworn in as Governor of Mizoram

i. Guwahati High Court Judge Justice T Vaiphei administered him oath of office. Sharma, the former Arunachal Pradesh Governor was transferred and appointed as the governor of Mizoram on 12 May 2015 by the President Pranab Mukherjee.
ii. He replaced West Bengal governor Keshari Nath Tripathi who took additional charge of Mizoram.

ii. In February, Alibaba, through Ant Financial Services, had acquired 25 per cent stake in One97 Communications, the parent company of Paytm. With the launch of the service, Alibaba will get an entry into the booming Indian e-retail market.