i. Prime Minister Narendra Modi announced on Thursday that the development of smart cities will hinge on a bottom-up rather than a top-down approach, as citizens and municipalities would be in charge. 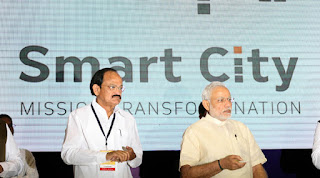 ii. Besides the Smart Cities Mission, Modi launched at a function at Vigyan Bhawan the Atal Mission for Rejuvenation and Urban Transformation (AMRUT) and Pradhan Mantri Awas Yojana (PMAY) – all intended to enhance the quality of urban living and drive economic growth.

i. The Union Cabinet on 24 June 2015 gave its approval for signing of a Memorandum of Cooperation (MoC) between the Department of Industrial Policy & Promotion (DIPP) and the Japan Patent Office (JPO), Ministry of Economy, Trade and Industry of Japan.
ii. The MoC is aimed at establishing a framework for bilateral cooperation in the field of industrial property (IP) with emphasis on capacity building, human resource development and awareness generation. 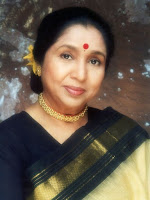 i. India on Thursday pledged $1 billion in assistance to quake-ravaged Nepal for its massive reconstruction programme. The announcement was made by External Affairs Minister Sushma Swaraj at the Donors' Conference in Kathmandu.
ii.The International Conference on Nepal’s Reconstruction has been organised by the Nepalese government to raise funds for rebuilding the country devastated by a powerful earthquake that struck exactly two months back, killing about 9,000 people and injuring around 23,000.

i. The awards were conferred on five novelists, four writers of short stories and three authors of poetries, one book of one-act play and eleven writers for their contribution to children’s literature.
ii. The awarded books were published between 1 January 2009 and 31 December 2013 and the awards will be presented to the awardees on 14 November 2015 at Mumbai. 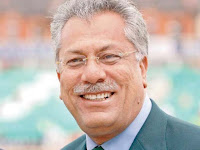 i. Zaheer Abbas was named as the President of International Cricket Council (ICC) on 24 June 2015 during the ICC Annual Conference in Barbados. He assumed the role of ICC President with immediate effect for one-year term.
ii. He succeeded Mustafa Kamal of Bangladesh as the 13th ICC President. Kamal resigned from the post of ICC President on 1 April 2015. 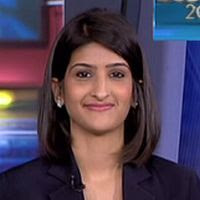 i. State Bank of India (SBI) on Thursday announced the appointment of Anshula Kant as its Chief Financial Officer (CFO).
ii. She joined SBI as a Probationary Officer in 1983 worked under various departments of the bank.

i. Justice Subhro Kamal Mukherjee on 24 June 2015 was appointed as the acting Chief Justice of Karnataka High Court. He was the senior-most Judge of the High Court.
ii. He was appointed by the President Pranab Mukherjee as per the powers vested in him under the Article 223 of the Indian Constitution.

i. Veteran journalist, columnist and peace activist Praful Bidwai was on 23 June 2015 passed away in Amsterdam, Netherlands. He was 65.
ii. Born in Nagpur, he worked in the Times of India for many years as a Senior Assistant Editor before embarking on a freelance career that made his byline a household name across India.

i. After 2008, for the first time, India again broke in to the top 10 recipients of foreign direct investment (FDI) during 2014, the UNCTAD said in its World Investment Report 2015 on Wednesday. India jumped to the ninth rank in 2014 with a 22 per cent rise in FDI inflows to $34 billion.
ii.  China became the largest recipient of FDI in 2014 with $129 billion inflows, followed by Hong Kong (China) that received $103 billion and the U.S. with $92 billion. At 39 per cent, Hong Kong saw the biggest surge in inflows during the year.

i. Private sector lender  Axis Bank  on Wednesday launched a new debit card, which can be "switched off" for specified time periods, and has also put in fraud protection and personal accidental cover along with the offering.
ii. The card named 'Secure+' can be switched off by using a mobile phone application or Internet banking gateway or through the phone-banking application. Besides, customers can also put limits on transactions.

i. The Advisory Group was set up by the government on June 25, 2014. The Group chaired by Prabhu, consists of R V Shahi (Former Power Secretary), Pratyush Sinha (Former Chief Vigilance Commissioner), Anil Baijal (Former Home Secretary), Partho Bhattacharya (Former CMD Coal India, among others, as members.
ii. The Advisory Group's report has emphasised on the need for opening up the coal sector to supplement the domestic production of Coal India and a few other Companies.
iii. The report also called for expediting reforms in the distribution sector with targeted actions including privatisation or PPP (public private partnership) in distribution.

i. India’s legendary batsman Sachin Tendulkar has been voted the ‘Best Test player’ of the 21st century in an online poll conducted by Cricket Australia’s website. 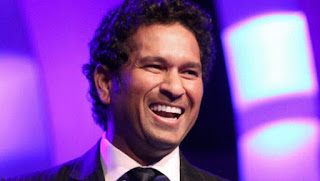 ii. The former India skipper got the highest number of votes to emerge on top of the list of the 100 best Test players since 2000. Sri Lanka’s Kumar Sangakkara received the second highest votes, followed by Adam Gilchrist of Australia in the third position.