Article 17 abolishes ‘untouchability’ and forbids its practice in any form. The enforcement of any disability arising out of untouchability shall be an offence punishable in accordance with law.
i. In 1976, the Untouchability (Offences ) Act, 1955 has been comprehensively amended and renamed as the Protection of Civil Rights Act, 1955
ii. The Supreme Court held that the right under Article 17 is available against private individuals and it is the constitutional obligation of the State to take necessary action to ensure that this right is not violated.

Protection of Life and Personal Liberty

Article 21 declares that no person shall be deprived of his life or personal liberty except according to procedure established by law. This right is available to both citizens and non-citizens.
Gopalan case (1950)

Article 21 A declares that the State shall provide free and compulsory education to all children of the age of six to fourteen years in such a manner as the State may determine.

86th amendment changed the subject matter of :-
Article 45 (Directive Principle) - "The state shall endeavour to provide early childhood care and education for all children until they complete the age of six years"
Article 51A (Fundamental Duty) - "It shall be the duty of every citizen of India to provide opportunities for education to his child or ward between the age of six and fourteen years"

Article 32 confers the right to remedies for the enforcement of the fundamental rights of an aggrieved citizen.

The Supreme Court (under Article 32) and the high courts (under Article 226) can issue the writs of habeas corpus, mandamus, prohibition, certiorari and quo-warranto.
These writs are borrowed from English law where they are known as ‘prerogative writs’. 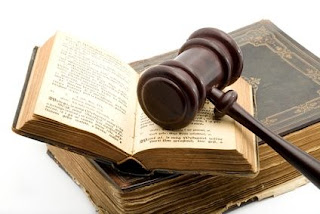 Habeas Corpus (‘to have the body of’)


Certiorari (‘to be certified’ or ‘to be informed’)


Quo-Warranto (‘by what authority or warrant’)