i. India has secured second position amongst 40 countries in a survey of trust in national governments for 2014 conducted by the Organisation for Economic Cooperation and Development (OECD). Switzerland has emerged at the top with Norway coming in third.
ii. An impressive 73 per cent of Indians polled in the survey answered ‘yes’ to the question ‘Do you have confidence in the national government?’

i. The agreements were inked during the two-day visit of Prime Minister Narendra Modi to Kyrgyzstan from 11 July to 12 July 2015.
ii. List of Agreements/MOUs signed
Agreement on Defence Cooperation
Memorandum of Mutual Understanding and Cooperation in the field of Elections
MoU between Ministry of Economy of Kyrgyzstan and Bureau of Indian Standards (BIS)
Agreement on Cooperation in Culture


i. Greece reached a deal with its European creditors on Monday, pledging stringent austerity to avoid an exit from the euro and the global financial chaos that could have followed.
ii. To get to a deal, Greek Prime Minister Alexis Tsipras had to overcome the fundamental mistrust of many of his allies among the 18 other countries that use the euro, known as the eurozone. Just a week earlier, at his urging, Greeks had voted in a referendum to reject many of the measures he agreed on Monday, and the deal forced him to renege on many of his election promises. 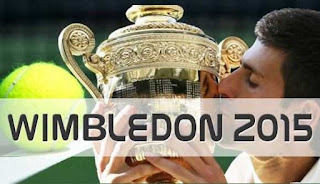 
i. It unveils the story of environmental policy making in India from the perspective of a pivotal decision maker.
ii. It chronicles India's environmental decision-making since the 1991 movement, telling the story of how, for the first time, the doors of the environment ministry were opened to voices, hitherto unheard, into the policy-making process.