I. India's Jitu Rai won the Gold in Men's 50m Pistol shooting event  .
II. This was Jitu’s sixth medal on the trot in international competitions this year. The bronze was clinched by China’s Wang Zhiwei (165.6). 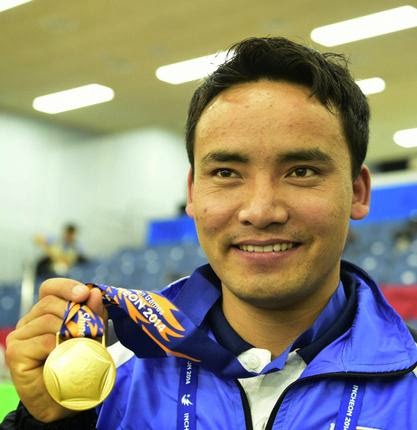 III. Shweta Chaudhry won the Bronze in women 10m air pistol shooting event.
IV. Heena Sidhu and Malaika Goel turned out to be disappointments as they failed to even reach the finals.
V. Star shuttlers Saina Nehwal and P V Sindhu hammered their respective rivals in straight games as India clinched a 3-0 triumph over Macau China to enter the women’s team event quarterfinals.
VI. However, the men’s team was outplayed by South Korea 0-3.
VII. K Srikanth and Commonwealth Games gold-medallist Parupalli Kashyap went down in contrasting fashions while the doubles team of Sumeeth Reddy and Manu Attri also failed to come good.
VIII. The Indian women’s tennis team was also off to a winning start as it blanked Oman 3-0 in the first round. 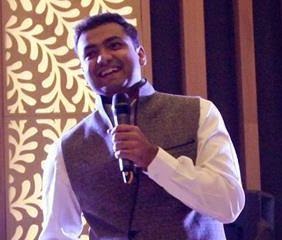 I. Alok Shetty has been named “young leader of tomorrow” by Time magazine for his pioneering work in designing affordable flood-proof houses for slum dwellers.
II. Time said Mr. Shetty is “building hope in India” as an architect who is “finding simple solutions to complex problems.”
III. Mr. Shetty, working with the Bangalore-based non-profit Parinaam Foundation, is designing homes for hundreds of slum dwellers whose makeshift houses flood during the heavy rains and become breeding grounds for diseases like malaria.
IV. He designed flood-proof houses, costing USD 300, out of discarded scaffolding, bamboo and wood.

I. Germany’s SAP has agreed to buy U.S. expenses software maker Concur for $7.3 billion in cash.
II. It will strengthen its position in cloud computing but sending its shares down almost 3 percent on concern over the price. 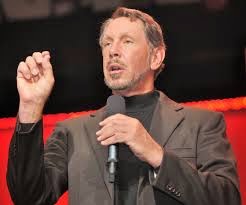 I. Larry Ellison, CEO of tech giant Oracle, has stepped down from his post, handing over the reins of the firm he co-founded in 1977 to executives Safra Catz and Mark Hurd.
II. Mr. Ellison will serve as Executive Chairman of Oracle’s board as well as Chief Technology Officer.


5. DIPP sets up panel to help investors on 'Make in India'

I. the DIPP has set up an 8-member expert panel for quick redressal of grievances and queries of global and domestic investors.
II. The team, which has members from private sector, is attached to 'Invest India', a joint venture between the Department of Industrial Policy and Promotion (DIPP) and industry body FICCI.

III. "The team would try to resolve issues within 48 hours.
IV. And in case they are unable to resolve within the time frame, it would go to the nodal officer of the respective department who would try to fix that within 72 hours .
V. In  the extreme cases, the query would go to the Secretary,".
VI. Prime Minister Narendra Modi will launch the 'Make in India' campaign that will be attended by about a thousand global and domestic business leaders.

I. State-owned ONGC's significant oil discovery in Bay of Bengal will begin production in 2019.
II. The peak output of 4.5 million tonnes a year, 20% more than previous estimates. 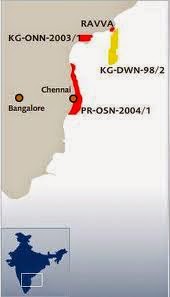 III. The oil discovery in Krishna Godavari basin block KG-DWN-98/2 or KG-D5 will be the first large oil production from the east coast. ii. In the final in Tokyo today, the pair recorded a 6-2 7-5 victory over Spain's Garbine Muguruza and Carla Suarez Navarro.
iii. With the win, Sania and Cara have successfully defended their Tokyo Open title, which is a 1 million US dollar event.