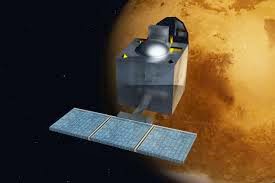 I. India today  became the first country to successfully put a spacecraft around Mars in its first attempt.
II. The ambitious Rs. 460 crore Mars Orbiter Mission (MOM), launched on November 5 last year, had a perfect Mars Orbit Insertion (MOI) to get captured into the Mars orbit. 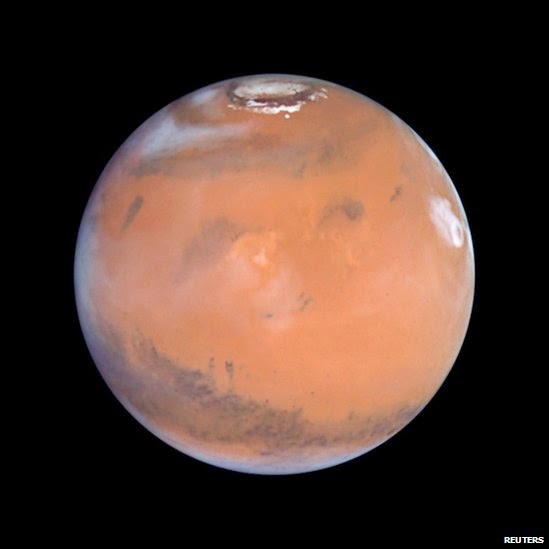 III. After a 650-million kilometer journey pampered with uncharacteristic attention, the Mars Orbiter Mission (MOM) put itself into orbit around the red planet.
IV. That means for the first time a space agency has put a spacecraft around Mars on its first attempt (NASA took two attempts to get so far; the Soviet Union, three).
V. Prime Minister Narendra Modi, who arrived in Bangalore on Tuesday night for another engagement, spent nearly two hours watching India's moment of glory.

I. State Bank of India (SBI) on Wednesday approved sub-division of one equity share into ten with an aim to increase liquidity of the scrip.
II. “The central board of SBI at its meeting has approved to reduce the face value of equity shares of the bank from Rs. 10 per share to Rs. 1 per share and to increase the number of issued shares in proportion
III. Earlier this month, Punjab National Bank and ICICI Bank had also announced share split. Both the banks have approved sub-division of one equity share into five.

I. UN Climate Change Summit 2014 was held at UN headquarters in New York  to put the planet on course towards reversing global warming.
II. The purpose of the 2014 Climate Summit was to raise political momentum for a meaningful universal climate agreement in Paris in 2015.
III. It is the largest gathering of world leaders on climate change after the Copenhagen conference on climate change that ended in disarray in 2009.
IV. UN Secretary General Ban Ki-moon hosted the summit of all 120 leaders.

I. Airports Authority of India (AAI)  signed  a Memorandum of Understanding (MoU) agreement with the  US Trade & Development Agency (USTDA). 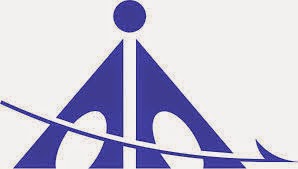 II. The agreement was signed for the development of Aviation Security Equipment Testing and Evaluation Programme.
III. This will enable AAI and Bureau of Civil Aviation Security (BCAS) to create clear standards, specifications and testing procedures in accordance with the Indian standards of aviation security.

I. Rower Dushyant Chauhan was the lone bright spot after the shooters drew a blank as India managed just one bronze medal to slip to the 14th position in overall standings on the fifth day of competitions in the 17th Asian Games. 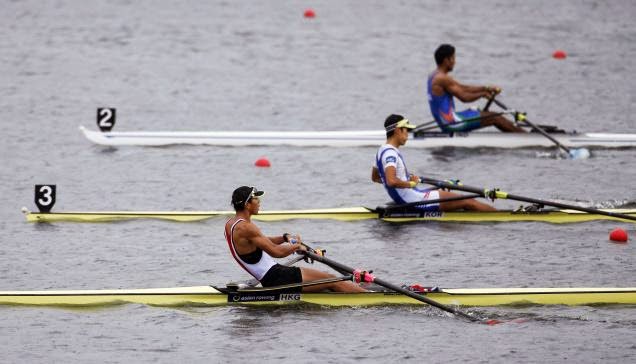