I.      Prime Minister Narendra Modi launched the Swachh Bharat, or Clean India, Mission on the birth anniversary of Mahatma Gandhi.
II.       Prime Minister Narendra Modi launched the 'Swachh Bharat' (Clean India) campaign by wielding a broom at Valmiki Basti in New Delhi, home to a lower caste that has traditionally been employed in janitorial and scavenging work.
III.      The Mission will aim to make India ‘clean’ by October 2, 2019, Mahatma Gandhi’s 150th birth anniversary, Mr. Modi said.
IV.       This goal will include the elimination of open defecation, which he called a “blot on society”, especially for women and young girls. 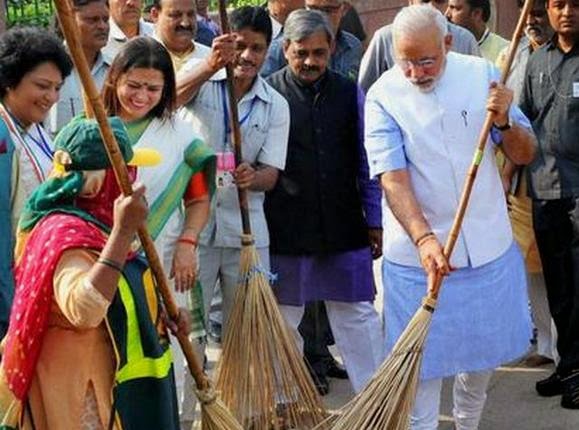 I.      Pakistan on Thursday asserted that Kashmir is a “legal issue” and must be resolved through plebiscite as per the aspirations of the Kashmiri people.
II.       Foreign Office spokesperson Tasnim Aslam also made it clear that India-Pakistan talks were not a substitute to the U.N. resolutions on Kashmir which envisage plebiscite in the region.
III.      India had strongly rejected the “untenable comments” made by Mr. Sharif, asserting that the people of the State have peacefully chosen their destiny in accordance with universally accepted democratic principles.

I.      Regulator SEBI has barred Sword-Edge Commercials Ltd and 26 other entities from the capital markets for five years or violating various securities norms.
II.      "Rotam Commercials Ltd or RCL (presently known as Sword-Edge Commercials Ltd) is prohibited from raising any further capital from the securities market, in any manner whatsoever for a period of five years."
III.      These entities have violated regulations related to Listing Agreement, PFTUP (Prohibition of Fraudulent Trade Practices)and Takeover norms.

I.      A spirited Indian men's hockey team defeated arch-rivals and defending champions Pakistan 4-2 in a nerve-wracking shoot-out to end its 16-year gold medal draught in the Asian Games 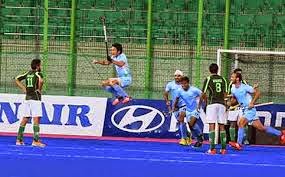 II.      India also earned a direct berth to the 2016 Rio Olympics, in Incheon on Thursday.
III.      It took a shoot-out to determine the winner as both the teanm were locked 1-1 in the regulation time of the summit clash at the Seonhak Hockey Stadium.
IV.      The last time India won the gold medal was in the 1998 Asian Games in Bangkok.

I.      The Indian women’s 4x400m relay team won the gold at the 17th Asian Games here on Thursday night, their fourth straight triumph at the Continental Games, and it came with a Games record too. 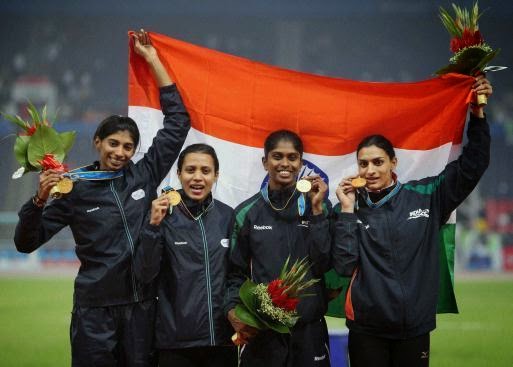 II.      India got a bronze too, through the Haryana-based shotputter Inderjeet Singh,