February 25, 2015
1. Govt accepts 14th Finance Commission recommendations
i. 14th Finance Commission, which was headed by former RBI Governor Y.V. Reddy, recommended that the share of states in the centre's tax revenue be increased from 32 percent to 42 percent.
ii. The recommendations of the commission has accepted by the centre.
iii. The recommendation is for the five-year period 2015-16 to 2019-20.
iv. As per the increased devolution suggested in the report, the states will get Rs 3.48 lakh crore in 2014-15 and Rs 5.26 lakh crore in 2015-16.

2. BJP, PDP formally announce alliance, to form govt in Jammu and Kashmir
i. The BJP and PDP formally announced that they are coming together to form a government in Jammu and Kashmir which is likely to be sworn in on March one..
ii. After meeting in New Delhi, BJP President Amit Shah and  PDP leader Mehbooba Mufti made an announcement in this regard.

iii. Jammu & Kashmir Chief Minister post will be headed by PDP and BJP will get post of Deputy Chief Minister.
iv. According to the sources, People's Democratic Party leader Mufti Mohammad Sayeed will be sworn in as the Chief Minister of Jammu and Kashmir March 1.

ii. This comes immediately after the Centre asked him step down following a registration of a first information report (FIR) against him in a recruitment scam.
iii.. Yadav was named in an FIR registered by a special task force (STF) probing the multi-crore Madhya Pradesh professional examination board (MPPEB) or Vyapam scam under various sections of IPC, including 420 for cheating. 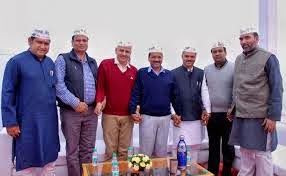 ii. As per the Cabinet decision, no subsidy would be given to domestic consumers on power consumption above 400 units.
iii. The three-day-old government has also asked the Delhi Jal Board to work on distributing up to 20,000 litres free water a month to every home.


6. Rajendra K Pachauri resigned as Chairperson of Intergovernmental Panel on Climate Change
i. Dr Rajendra Kumar Pachauri stepped down as Chairperson of the Intergovernmental Panel on Climate Change (IPCC). Pachauri in a letter to UN Secretary General Ban Ki-moon said that he was unable to provide strong leadership to the organisation.
ii. The organisation will now be led by acting chair Ismail El Gizouli until the election for a new chairperson is conducted. Pachauri had chaired the IPCC since April 2002 and his second term was due to end in October 2015.
iii.. At present, Pachauri is serving as the Director General of The Energy and Resources Institute (TERI) and is also a member of the Prime Minister’s Council on Climate Change.

7. ADB signs $400 m loan pacts with India
i. The Asian Development Bank has inked two loan agreements worth $400 million with India to upgrade district roads in Madhya Pradesh and to support improvements to power transmission and distribution systems in Assam.
ii. The District Connectivity Sector project will improve about 1,600 km of major district roads in Madhya Pradesh through lane widening, surface improvements, strengthening of culverts and bridges.
iii.  The project is expected to be completed by December 31, 2018. It will also deliver a dedicated power supply to tea estates by undertaking feeder separation for better service to the economically important tea sector.

8. Indian Army and State Bank of India inked MoU
i. The Indian Army and State Bank of India (SBI) signed a Memorandum of Understanding (MoU) on the Defence Salary Package.
ii. The MoU is tailor-made to suit the requirements of serving soldiers, pensioners and families.
iii. The signing ceremony was chaired by the Adjutant General, Lt Gen Rakesh Sharma.
The revised MoU has incorporated a number of additional facilities and basic features of the MoU include the following
` Number of free/concessional services like free drafts, free cheque books, free funds transfers to any bank in India through RTGS / NEFT, free ATM cards and others
` The provision also includes the Nepal Express Remittance Scheme which enables instant fund transfers to Nepal for the benefit of the Nepali Domicile Gorkha Soldiers serving in the Indian Army.
` Personal Accident Insurance (PAI) was enhanced and was linked to the Savings account instead of the debit card.
` Exemption percentage of margin money for house and car loans was enhanced while the processing charges on the loans were waved off. 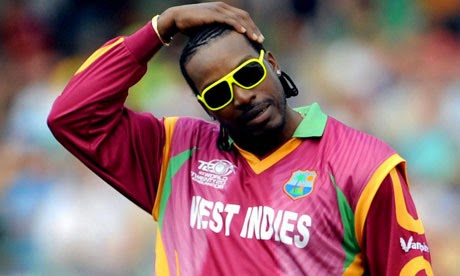