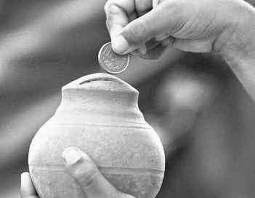 "In the last 2-3 years, savings rate in country has declined from a record high of 36.8 per cent to below 30 per cent due to slowdown in the economy. It is, therefore, necessary to encourage people to save more," Finance Minister Arun Jaitley said during the launch of the revamped KVP. 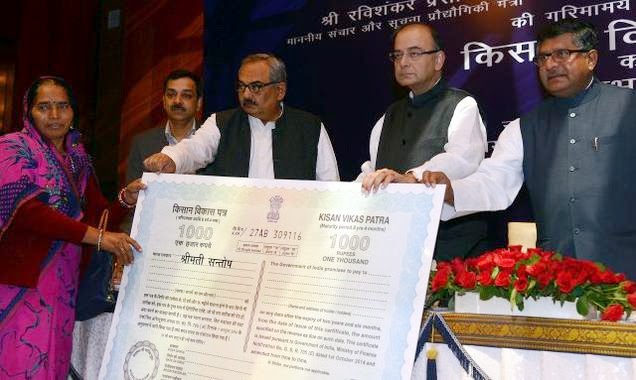 The “Kisan” in Kisan Vikas Patra does not mean that only farmers can buy these saving certificates but means that the revenue mobilized by this scheme will be used by the Government of India in welfare schemes for farmers. Any individual can safely invest and save their money in the form of Kisan Vikas Patra. 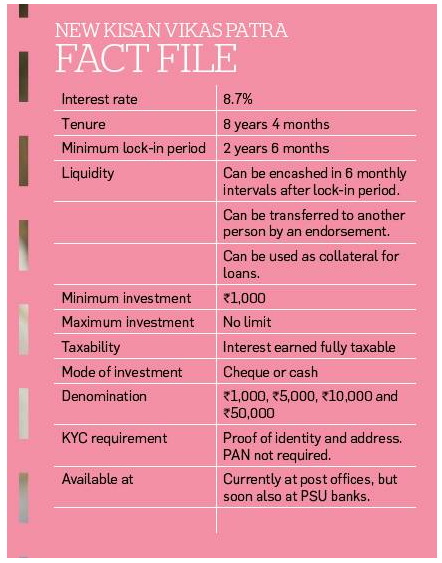 Kisan Vikas Patra doubles the money invested in eight years and seven months. The Directorate of Small Savings Government of India, sells these saving bonds through all Post Offices in the country so that the scheme can be accessed by citizens from all over the country. A KVP can be encashed after two and a half years from the date of issue at the value it has been bought and the interest accrued for the period.

Who All Can Invest in KVP?

You can invest in Kisan Vikas Patra


Who All Are Not Eligible?
Kisan Vikas Patra is not for business entities such as a company or institutions. NRIs or HUF (Hindu Undivided Family) are also not eligible to invest in KVP.

Kisan Vikas Patra VS Other Saving Schemes:
One major draw of the KVP is that there is no ceiling on investment. However, bank deposits, which also do not have any investment limits, are offering better rates than the KVPs. Small private banks, such as Lakshmi Vilas Bank, Karnataka Bank and a few PSU banks, are offering up to 9% on fixed deposits of 8-10 years. However, there are other advantages like greater liquidity and ease of investment.