The statistical boost to GDP is likely to continue in the next financial year as well, as the Indian economy is expected to clock 7.7 per cent growth under the new series, higher than 6.3 per cent projected under the older series, says a report by Standard Chartered.

(a)Facebook, Yahoo and other technology firms announced the creation of a "ThreatExchange" to share information to help thwart cyberattacks.
(b)The new platform builds on Facebook's ThreatData, a framework that stores cyber threat information (such as bad URLs) for analysis by security pros. 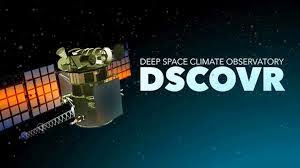 (a)A $340 million satellite that aims to alert people to potentially dangerous solar activity and geomagnetic storms blasted off toward deep space on 11th feb atop a SpaceX Falcon 9 rocket.
(b)The rocket took off from Cape Canaveral, Florida and it(DSCOVR) will replace an aging satellite, known as ACE.

(a)The 2015 Cricket World Cup is officially opened with a celebration of local culture, pop music and fireworks in Melbourne and Christchurch(newzeland)
(b)The Cricket World Cup returns to Australia and New Zealand after 23 long years and as the 11th edition.