NITI Ayog or “National Institution for Transforming India” is a "policy think-tank" of Union Government of India that replaces Planning Commission of India which was established in 1950 and aims to involve the states in economic policy-making in India. It will be providing strategic and technical advice to the central and the state governments.

"Having served as a CM in the past, I am very much aware of the importance of actively consulting the states. NITI Ayog does precisely that,” tweeted Modi, who had in his Independence Day speech mooted the idea of replacing the Planning Commission.

AIMS and OBJECTIVES of NITI AYOG:

The National Institution for Transforming India (NITI) Ayog will discuss implementation and evaluation framework of 12 pet projects of Prime Minister Narendra Modi such as Make in India, Digital India and Swachh Bharat with state governments. The new institution has to zero in on what will work in and for India. It will be a Bharatiya approach to development.
Union Government of India had announced formation of NITI Ayog on 1st January 2015. 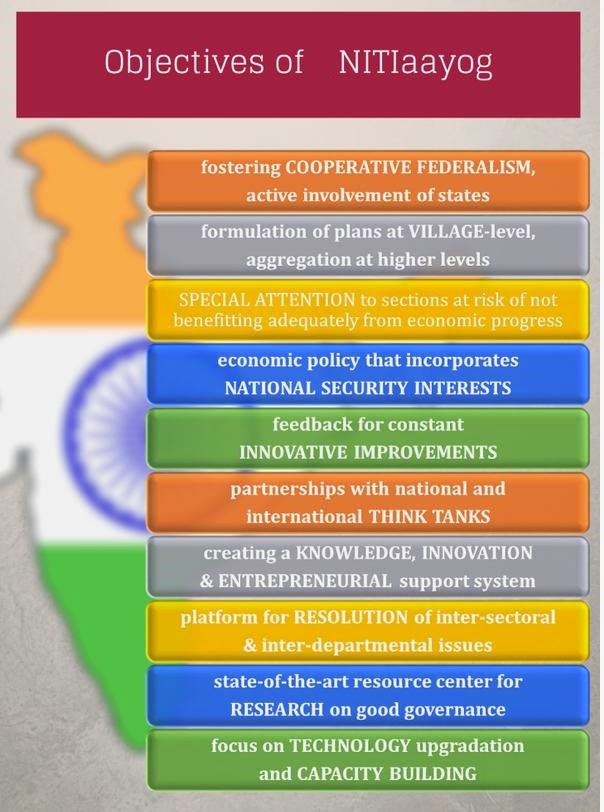 
The NITI Ayog comprises the following:


Present Members:
The various members of NITI Aayog are:


Difference between Planning Commission and NITI Ayog (Old VS New): 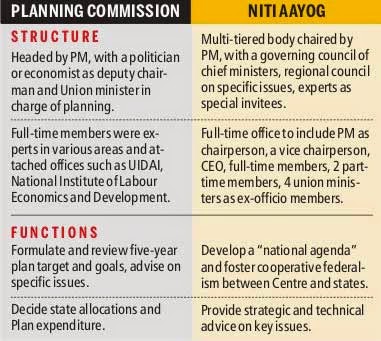 Member secretary
NITI Ayog: To be known at the CEO and to be appointed by the prime minister
Planning Commission: Secretaries or member secretaries were appointment through the usual
process

Participation
NITI Ayog: Consulting states while making policy and deciding on funds allocation. Final policy
would be a result of that.
Planning Commission: Policy was formed by the commission and states were then consulted about
allocation of funds.

Ahead of his government's first full year budget, Prime Minister Narendra Modi on 6th Feb sought ideas from economists to attract investments, create jobs and finance infrastructure to put India back on high growth path.
The meeting also discussed suggestions with regard to effective implementation of several flagship schemes of the government and how poverty levels can be brought down. 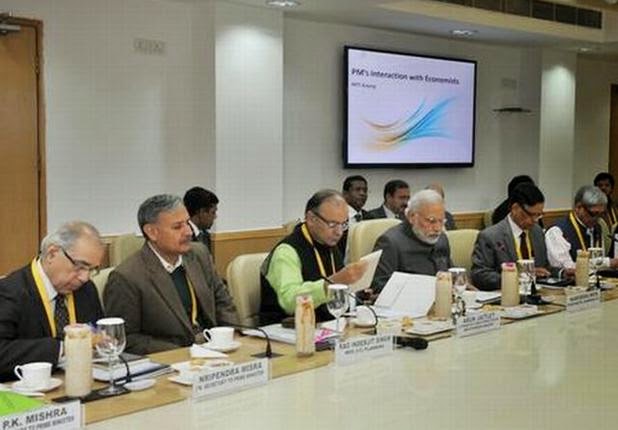