February 21, 2015
A budget is a quantitative expression of a plan for a defined period of time. A budget (derived from old French word bougette, purse) is a quantified financial plan for a forthcoming accounting period.
A "Government Budget" or "The Union Budget of India", referred to as the Annual Financial Statement in Article 112 of the Constitution of India, is the annual budget of the Republic of India, presented each year on the last working day of February by the Finance Minister of India in Parliament. 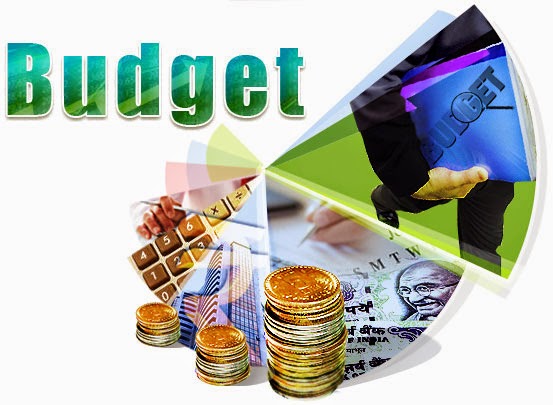 The budget, which is presented by means of the Financial Bill and the Appropriation bill has to be passed by the House before it can come into effect on April 1, the start of India's financial year.
This document estimates the anticipated government revenues and government expenditures for the ensuing (current) financial year.

The two basic elements of any budget are
In the case of the government, revenues are derived primarily from taxes. Government expenses include spending on current goods and services, which economists call government consumption; government investment expenditures such as infrastructure investment or research expenditure; and transfer payments like unemployment or retirement benefits.

Objectives of a Government Budget:
Government budgets are of three types:

1. Balanced Budget: Balanced Budget is a budget where receipts are equal to current expenditure. That means that taxes on income and expenditure etc are sufficient to meet payments for goods and services, interest on the national debt etc.

Deduction in respect of payment of premium under life insurance policies

Hiking the cap on interest on home loan