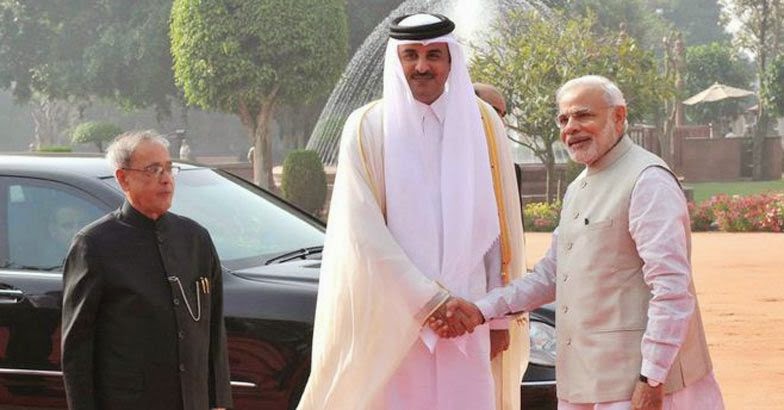 Twitter global CEO - Dick Costolo
i. Giving a further push to its Digital India dream, the government on Tuesday launched a new platform in association with social networking service Twitter to facilitate direct communication between leaders and citizens.

ii. Called ‘Twitter Samvad’, the service is aimed to boost the nation’s e-governance plans. Through this the government bodies can have a direct communication with citizens on a daily basis via Tweets and SMS on their mobile devices.
iii. The initiative a part of the government's Digital India campaign -- was launched today by Twitter's Global CEO Dick Costolo, who is in on his maiden trip to India and met the Prime Minister to discuss various areas of collaboration. 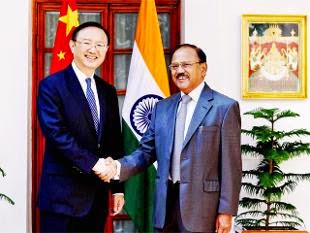 Main highlights
a. India and China agreed to maintain peace along their Himalayan border till an amicable solution to pending border disputes is found.
b. The two sides also discussed the issue of counterterrorism, maritime security, climate change, reform of the United Nations and civil nuclear energy cooperation.

i. The thirteenth state level philatelic exhibition of Gujarat postal circle or Gujpex-2015 was inaugurated by the Gujarat Governor O.P. Kohli at the Sardar Vallabhbhai Patel National Memorial in Ahmedabad
ii. This exhibition will run from 24 March to 27 March 2015 and is organized by the Gujarat Postal Circle with the active support of philatelic associations of Gujarat.

i. China on 24 March 2015 announced to shut down the last major coal-fired 845 megawatt (MW) power plant China Huaneng Group in Beijing by 2016. The aim of shutting down the plant is to cut pollution and replace it with gas-fired power plants.
ii. With the closure of all the major coal power plants in the city, China is estimated to cut carbon emissions of about 30 million tons which is equivalent to reducing annual coal use by 9.2 million metric tons.
iii. China, world’s biggest carbon emitter, in its National Policy had announced plans to cut annual coal consumption by 13 million metric tons by 2017 from the 2012 level in a bid to slash the concentration of pollutants.

i. Three-year-old archer Dolly Shivani Cherukuri of Andhra Pradesh entered the India Book of Records. She entered the list of records by scoring 388 points in the recurve segment in two distances, seven and five meters, at the Volga Archery Academy in Vijayawada.
ii. She shot 36 arrows each from five metres and seven metres to score 388 points in presence of judges from the India Book of Records and the Archery Association of India (AAI).

i. He was presented with the winner trophy by Jean-Marc Rathe of The Folio Society and a cheque of 40000 pound at the awards ceremony held in London.
ii. His novel Family Life was one among the eight books shortlisted from 80 works of fiction and was chosen as the best fiction published in the UK in 2014 by the 235 writers and critics who constitute the Folio Academy.

i. Artist Bharti Kher of India was conferred with the Knight of the Order of Arts and Letters (Chevalier dans l’Ordre des Arts et des Lettres). This is the highest cultural award of France. 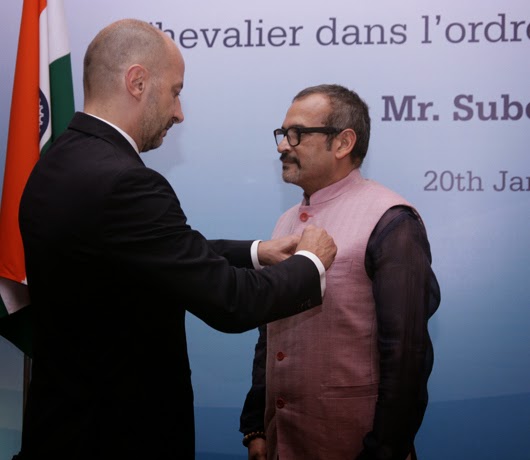 ii. She was awarded for her contribution in contemporary art landscape. Kher's artworks span several mediums like painting, sculpture and installation.

i. The Ministry of Information and Broadcasting on Wednesday was awarded the Platinum icon award for the Comprehensive Web presence in the Web Ratna Awards 2014.
ii. The award was presented to the ministry for having a significant presence on all social media sites, which had made it accessible for users through multiple online platforms.
iii. Kerala Tourism won the web Ratna award for e-governance
initiative through the internet. 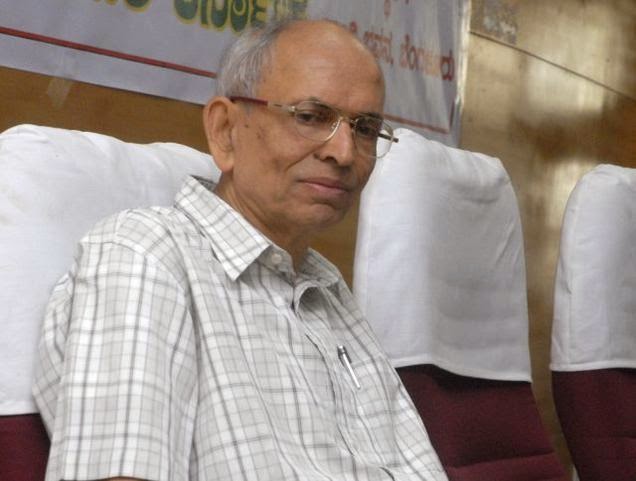 ii. Gadgil will receive the award for engaging local people in the conservation policy and promoting the field of environmental science nationally. He was a driving force behind the crafting of India’s National Biodiversity Act and more recently chaired the Western Ghats Ecology Expert Panel, known as the Gadgil Committee, to offer guidelines on the protection and development of the Western Ghats.

i. The award was presented to the 90-year-old poet by Madhya Pradesh Culture Minister Surendra Patwa last evening at Shaheed Bhawan here. It carries a cash prize of Rs two lakh, a shawl and a citation.
ii. The award has been instituted by the Madhya Pradesh government in the memory of Kavi Pradeep, the renowned poet and songwriter who is best known for his patriotic song 'Aye Mere Watan Ke Logo' written as a tribute to the soldiers who had died defending the country during the Sino-Indian War.

i. These parks are aimed at creating state-of-the-art infrastructure facilities to reduce food wastage and create value addition. 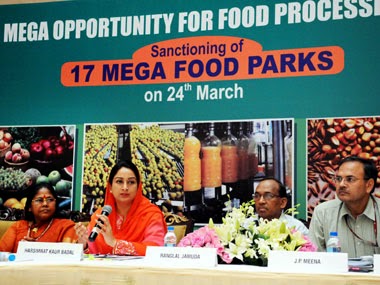 ii. The 17 MFPs will be spread across 11 States. While Kerala, Telangana, Haryana, Punjab, Maharashtra and Tamil Nadu were sanctioned two MFPs each whereas Odisha, Andhra Pradesh, Gujarat, Madhya Pradesh and Bihar were sanctioned one MFP each.