Topic 1: Food and Nutrition Security in India: A Backdrop 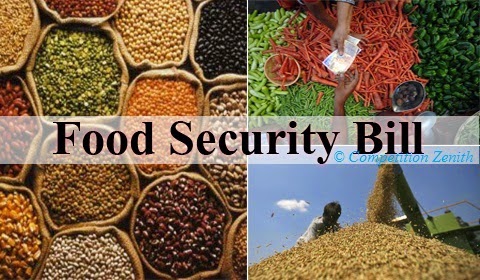 With a population approaching almost 1.2 billion in 2010, India is likely to be the most populous country on this planet by 2030 with 1.6 billion people. It currently accounts for more than 17% of the global population and 456 million poor, or 41.6% living on less than $1.25 a day (Chen and Ravallion 2008). Ensuring food and nutrition security is thus a challenge for India. Food security concerns can be traced back to the experience of the Bengal Famine in 1943 during British colonial rule. With the launching of major reforms in 1991, although liberalization was already under way since the 1980s, India has grown out of a period of acute shortages and heavy dependence on food aid to self-sufficiency, or broadly, self-reliance in food. The agriculture sector in India has had quite a revolutionary past with the Green Revolution in the late 1960s and 1970s, White Revolution (Operation Flood) in the 1970s and 1980s, and efforts to usher in a second Green Revolution to re-energize the food grain sector in 2010. India’s agriculture system is also undergoing a structural transformation, especially the high-value segment. Production patterns are diversifying toward high-value commodities such as fruits and vegetables, milk, eggs, poultry, and fish, in response to changing demand patterns fuelled by a growing economy and rising income levels. While the achievements of Indian agriculture since the early 1970s, together with a robust economy and buoyant external sector, have helped to ensure macro-level food security to a large extent, a considerable number of people continue to live in poverty and hunger. 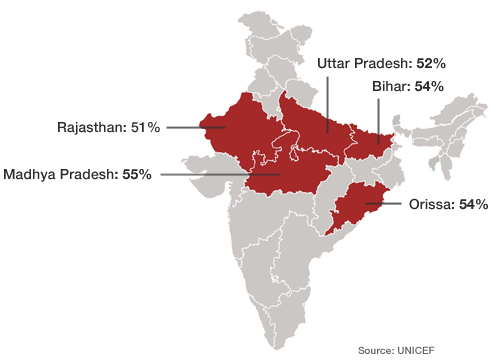 Despite the recent high economic growth and its aspirations for superpower status, India alone accounts for 54% of all malnutrition-related child deaths.

The key question is, can India feed itself in the near and medium-term future? Can it enhance agricultural productivity in an environmentally sustainable manner, exploit the untapped potential of eastern India, and play on the world agricultural markets to satiate domestic demand? Raising productivity of staples like rice and wheat is a challenge as the area under these grains is likely to remain constant or even decrease due to increasing pressure on land for nonagricultural uses. Unlike in the past when the country had to suffer foreign exchange constraints and depend heavily on food aid, While increased investments and technological breakthrough can improve availability, these may not necessarily translate into increased accessibility and absorption of food. With nearly 43.5% of children under the age of 5 being underweight (the highest rate in the world), and 50% of pregnant women being anemic (comparable to African countries), the nutritional security of children and women is a serious issue that needs to be addressed urgently .

The Public Distribution System (PDS) is the largest public sector-managed network for the distribution of essential commodities, primarily rice, wheat, sugar, and kerosene. The functioning of the PDS is a joint responsibility of both central and state governments. The PDS imposes an enormous financial burden on the public exchequer, which is quite visible from the rising food subsidy bill (Rs 2.27 lakh crore for 2015-16). The efficacy of the system in terms of targeting and coverage varies from state to state and is often questioned. One of the most critical questions is targeting and identifying the poor. Innovations such as social audits for identification of the poor, food coupons to reach out to the beneficiaries, or even direct cash transfers are being discussed and experimented on in some cases. The National Rural Employment Guarantee Act (NREGA) of 2005 aims at improving the livelihood security of rural households by providing at least 100 days of guaranteed wage employment in a financial year to every household whose adult members volunteer to undertake unskilled manual work. The Mahatma Gandhi National Rural Employment Guarantee Scheme (MNREGS) has helped create rural job opportunities, which has an impact on the supply of agricultural laborers. The latest effort made by the national government to promote food security is through the National Food Security Bill. The government proposes to ensure that every family below the poverty line in the country shall be entitled to 25 kg (or 35 kg) of wheat or rice per month at Rs3 per kg. 75% of rural population and 50% of the urban population are entitled for three years from enactment to 5 kilograms food grains per month at INR 3 , INR2, INR1 per kg for rice, wheat and coarse grains (millet), respectively. 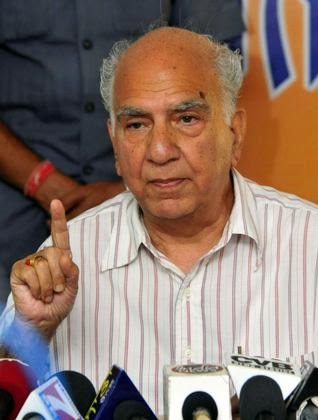 The Shanta Kumar Committee report advocated the recommendation to scrap the existing Food Security Act (FSA). The Committee wants to reduce the coverage from 67 per cent (75% Rural and 50% for Urban) to 40 per cent of the population. It also wants to double the prices that these food grains are to be sold at under the present Act by linking the price to the MSP. This means resurrecting the fraudulent and discredited Above Poverty Line and Below Poverty Line estimations and depriving equally poor people of subsidised grains. In fact, as the Left has consistently argued and fought for, it is only a universalised PDS that can meet the requirement to make India hunger-free. The Shanta Kumar Committee wants to eliminate even the inadequate provisions under the existing FSA and push the country back to the worst days of food insecurity.

Loopholes in Public Distribution System in India
·        Taking into account all the inefficiencies of PDS, it is found that GOI spends Rs. 3.65 to transfer Re 1 to the poor.
·        About 57% of subsidized grains does not reach the target group, of which a little over 36% is siphoned off the supply chain.
·        Implementation of TPDS is plagued by large errors of exclusion and inclusion.
·        A fresh BPL identification survey through independent agencies engaged in social science research is required to eliminate targeting errors.
·        PDS is a less efficient mode of income transfer to the poor. The Economic costs of grains are higher than the market prices in most of the States.
·        FPS Viability: Only 23% of sample FPSs are viable. The rest survive on leakages and diversions of subsidized grains.
·        Delivery Mechanism: Irregular delivery of quota to FPSs. In some States quota is door delivered. Kerala allowed consumer off-take of monthly quota in installments.