Chapter 2 - IMPORTANT ACTS - that lead to The Constitution

(a) it was the first step taken by the British Government to control and regulate the affairs of the East India Company in India
(b) it recognised, for the first time, the political and administrative functions of the Company
(c) it laid the foundations of central administration in India. 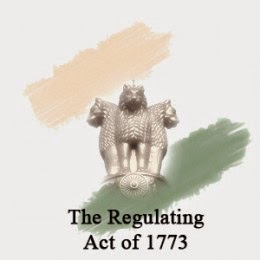 This Act was the final step towards centralization in British India.

The act known as the Act for the Good Government of India, abolished the East India Company, and transferred the powers of government, territories and revenues to the British Crown.

Montagu was the Secretary of State for India and Lord Chelmsford was the Viceroy of India. 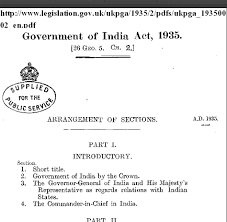 On February 20, 1947, the British Prime Minister Clement Atlee declared that the British rule in India would end by June 30,1948; after which the power would be transferred to responsible Indian hands. This announcement was followed by the agitation by the Muslim League demanding partition of the country. Again on June 3, 1947, the British Government made it clear that any Constitution framed by the Constituent Assembly of India (formed in 1946) cannot apply to those parts of the country which were unwilling to accept it. On the same day (June 3, 1947), Lord Mountbatten, the viceroy of India, put forth the partition plan, known as the Mountbatten Plan. The plan was accepted by the Congress and the Muslim League. Immediate effect was given to the plan by enacting the Indian Independence Act (1947).


At the stroke of midnight of 14–15 August, 1947, the British rule came to an end and power was transferred to the two new independent Dominions of India and Pakistan. Lord Mountbatten became the first governor-general of the new Dominion of India.
He swore in Jawaharlal Nehru as the first prime minister of independent India. The Constituent Assembly of India formed in 1946 became the Parliament of the Indian Dominion. 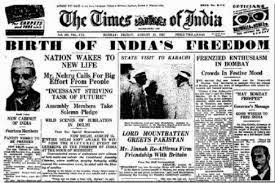