March 05, 2015
Geometry is basically the study of different properties of point, line and plane.

Types of Angles:-
(i) Acute angle: - An angle whose measure lies between 0° and 90°, is called an acute angle.

(viii) Adjacent angle: - Two angles are adjacent, if they have a common vertex, common arm and their non-common arms are on different sides of the common arm. 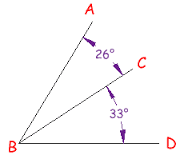 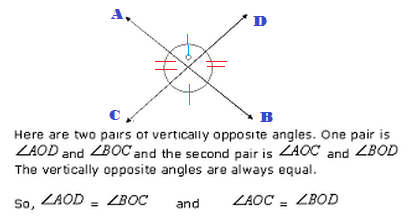 Angle pairs formed by parallel lines cut by a transversal
When two parallel lines are given in a figure, there are two main areas: the interior and the exterior.

There are several special pairs of angles formed from this figure. Some pairs have already been reviewed:

Recall that all pairs of vertical angles are congruent.
Supplementary pairs:

two angles, one in the interior and one in the exterior, that are on the same side of the transversal. Corresponding angles are non-adjacent and congruent. 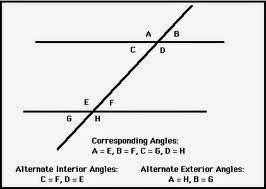