i. Thane in Mumbai, Maharashtra was named as the National Earth Hour Capital 2015 on 9 April 2015. It was named so after it emerged as winner among the three finalists from India viz., Thane, Rajkot and Pune, in the Earth Hour City Challenge (EHCC) 2015 conducted by World Wildlife Fund (WWF).
ii. For its city mobility plan and solar and waste-to-energy initiatives, Pune received a special mention from the jury. Rajkot was felicitated for the city’s performance in the field of renewable energy.
iii. Seoul city, the capital and largest metropolis of South Korea, on 9 April 2015 was awarded the title of Global Earth hour Capital 2015 after it won the Earth Hour City Challenge (EHCC) of World Wildlife Fund (WWF).
iv. The city of Balikpapan, Indonesia was recognized as the Most Loveable City for 2015 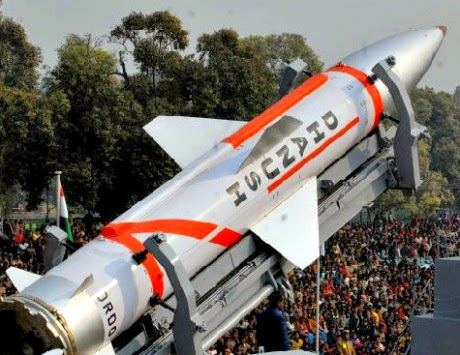 i. Surface-to-Surface nuclear-capable Dhanush ballistic missile was successfully test-fired on 9 April 2015 from a naval ship off the Odisha coast.
ii. The missile is a naval variant of India’s indigenously-developed Prithvi missile. The missile was fired from an Offshore Patrolling Vessel (OPV) of Indian Navy by the Strategic Force Command (SFC).
iii. Dhanush missile is capable of carrying conventional as well as nuclear payload of 500 to 1000 kilogram and can hit both land and sea-based targets within 350 km range.

i. India was designated on 10 April 2015 to chair the ninth meeting of the International Renewable Energy Agency (IRENA) council to be held for two days starting from 10 June 2015.
ii. The scheduled meeting will be held in Abu Dhabi, the capital of United Arab Emirates.

i. Reliance Industries (RIL) on Friday said it has commissioned a 1,150 KTA new purified terephthalic acid (PTA) and 650 KTA PET resin (polyethylene terephthalate) capacity at Dahej in Gujarat.
ii. With the commissioning of this plant, RIL’s total PTA capacity will increase to 3.2 mmtpa and global capacity share to 4%, it said in a statement, adding that paraxylene, the key feedstock for the PTA plant, is sourced from the company’s Jamnagar refinery in the same state. 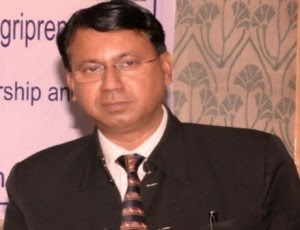 i. As the CEO of KVIC, he will oversee the day-to-day functioning of the commission and report about its activities to the Union Ministry of Micro, Small and Medium Enterprises (MSME).
ii. Before this appointment, he had been working as the Director General of National Institute of Entrepreneurship and Small Business Development (NIESBUD) functioning under the Union Ministry of MSME.

i. Indian men’s football team climbed 26 places to occupy the 147th position in the April edition of the FIFA/Coca-Cola World Ranking out of 209 football playing nations or regions.
ii. Among the South Asian Football Federation (SAFF) countries, India is at third spot behind Afghanistan (135) and Maldives (141).