i. The National Tiger Conservation Authority (NTCA) on 21 April 2015 accorded final approval to Rajaji National Park, Uttarakhand as India's 48th Tiger Reserve. With this notification, Uttarakhand got its second tiger reserve after the Corbett Tiger Reserve. 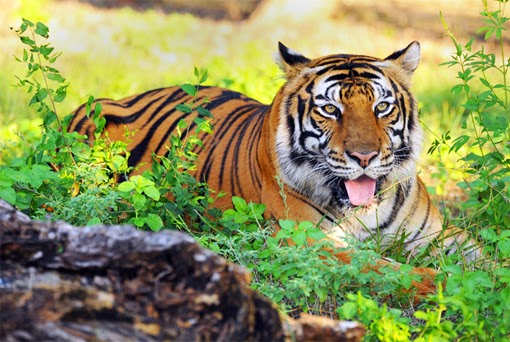 ii. The Rajaji National Park that came into existence in 1983 is spread across three districts of Uttarakhand namely Haridwar, Dehradun and Pauri Garhwal in an area over 820 square km. 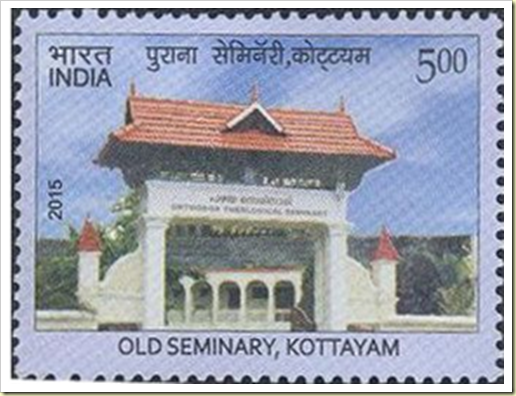 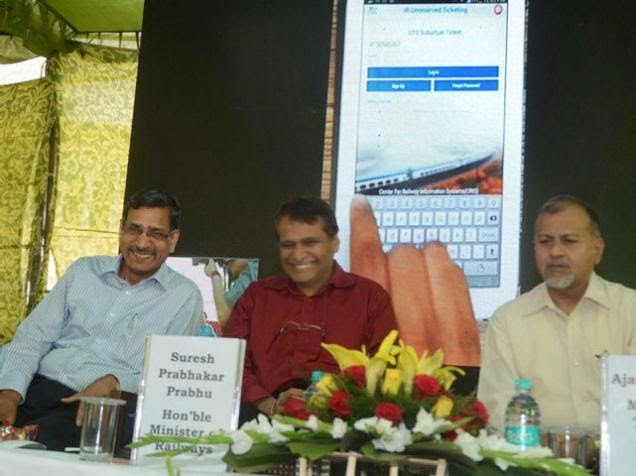 ii. The application was launched as a pilot project in New Delhi by Railway Minister Suresh Prabhu and will cover 15 stations between Egmore and Tambram suburban sections in Chennai of the Southern Railway. 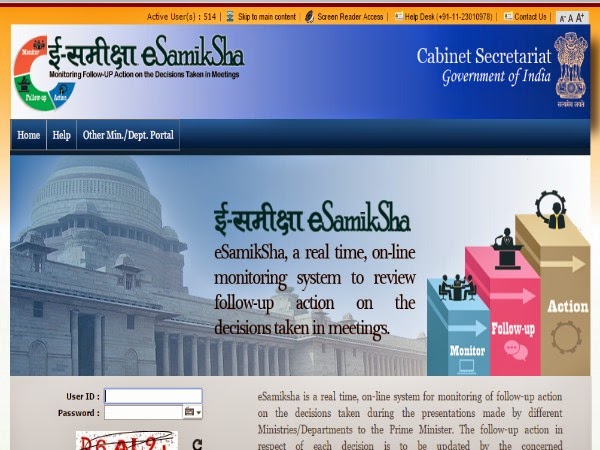 i. The First ship of Project-15B, a Guided Missile Destroyer Visakhapatnam was launched on 20 April 2015 at Mazagaon Dock Limited (MDL), Mumbai. It is the largest missile destroyer commissioned in India till now. 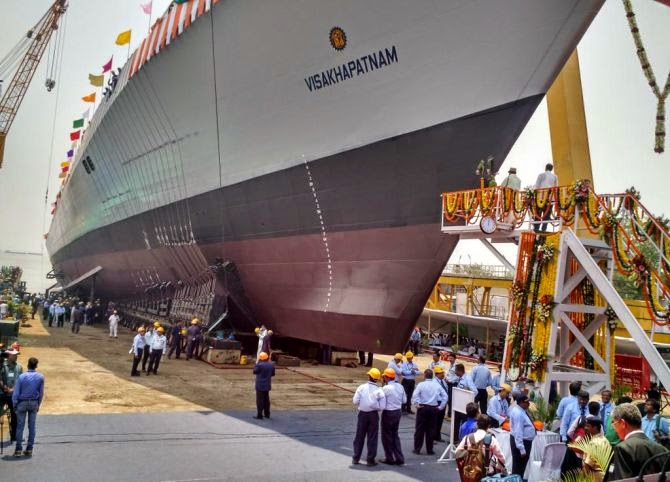 ii. It is also equipped with the Israeli Multi-Function Surveillance Threat Alert Radar (MF-STAR). MF-STAR will provide it with targeting information to 32 Barak 8 long-range surface-to-air missiles on board the warship.

i. Union Government on 22 April 2015 rolled out an online system for submission of the Long Term Visa (LTV) applications by the eligible Pakistani nationals and for its processing by various agencies.
ii. The Union Home Ministry took the decision to address the difficulty of the minority communities in Pakistan who come to India with the intention to settle permanently. The applications can be submitted online through hyperlink indianfrro.gov.in/frro

i. The fourteenth edition of Indo-French Naval Exercise named VARUNA-15 commenced on 23 April 2015 off the coast of Goa. The 10-day long joint naval exercise will end on 2 May 2015.
ii. It is aimed at further deriving mutual benefit from the experiences of the two navies and strengthening the bilateral ties between India and France.

i. Eminent historian Professor Christopher Alan Bayly died on 20 April 2015 in Chicago due to heart attack. His death was announced by the Centre for South Asian Studies at the University of Cambridge. He was 70.
ii. He was a historian who specialised in British Imperial, Indian and global history and his works covered the 18th and 19th century India and British imperial history. For his contribution to historical scholarship, he was knighted in 2007. 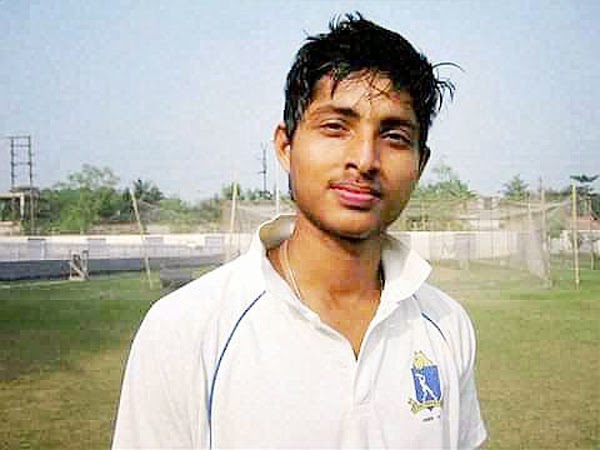 i. Ankit Keshri, an East Bengal Club cricketer died on 20 April 2015 due to an injury sustained during a Cricket Association of Bengal's senior one-day knock-out match. He was 20.
ii. Keshri was hurt on 17 April 2015 during Bengal Division 1's match between East Bengal Club and Bhawanipore Club at Salt Lake ground. In the 44th over, he bumped into bowler Sourabh Mondal while taking a high catch and fell and lost consciousness. 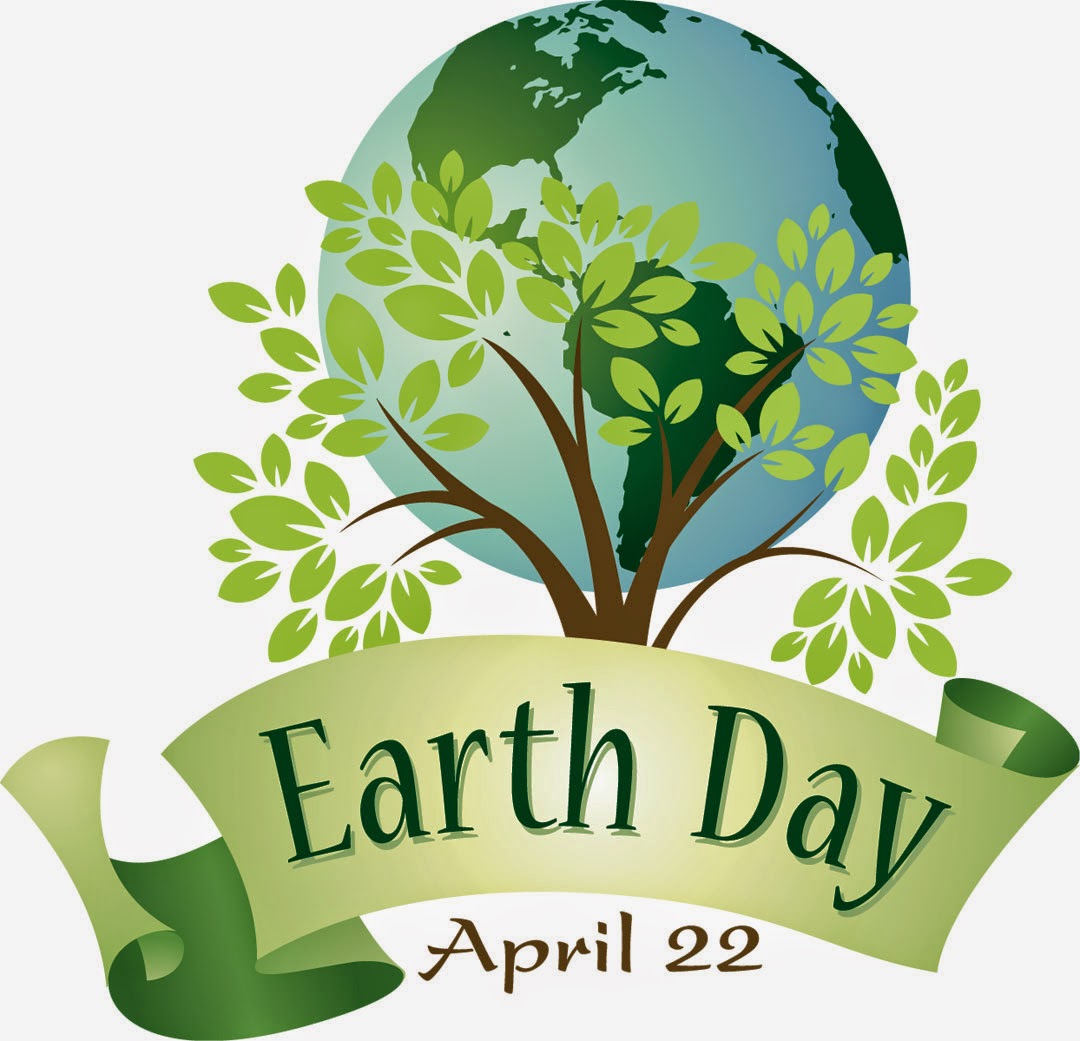 Theme - "It’s Our Turn to Lead"
i. This is the 45th anniversary of the Earth’s Day, the year when the world leaders will pass a binding climate change treaty in Paris in December 2015. The treaty will be adopted to make sure the future of Earth, our planet and the survival of life on it.
ii. The theme highlights the need for change and seeks to inform the communities and leadership that action needs to be taken on climate by promoting a goal of environmental awareness

i. National Panchayati Raj Day was observed across India on 24 April 2015. The day is observed to mark the passing of the Constitution (73rd Amendment) Act, 1992 that came into force with effect from 24 April 1993
ii. On the day, the best performing Gram Panchayats and Gram Sabhas were honoured with Panchayat Sashaktikaran Award 2015 and Rashtriya Gaurav Gram Sabha Award 2015.

UN observed World Book and Copyright Day across the world

i. For the year 2015, UNESCO designated Incheon, South Korea as the World Book Capital 2015 in recognition of its programme to promote reading among people and underprivileged sections of the population.
ii. The day is an opportunity to recognise the power of books to change our lives for the better and to support books and those who produce them. World Book Day was celebrated for the first time on 23 April 1995.

i. MakeMyTrip Group has acquired 100 per cent of Mygola. The amount of the acquisition was not disclosed. The acquisition is done through the company’s earlier announced innovation fund, which is formed to invest in start up or early-stage companies in the travel technology space. 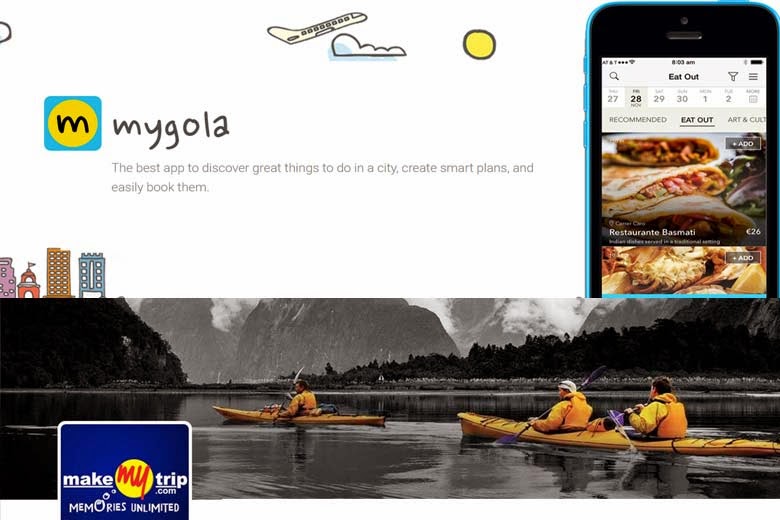 ii. Mygola was founded in 2009 by Anshuman Bapna and Prateek Sharma. The company has raised capital from Helion Ventures, Blumberg Capital and 500Startups, among other angel investors.

i. Japan’s main stock market index Nikkei 225 on 21 April 2015 closed above the 20000 level for the first time in 15 years. The index surged by just over 15% in 2015, building on an incredible 140% boom since June 2012.
ii. The prime minister's ambitious plan for Japan's economy -- dubbed Abenomics -- also helped end deflation, boost corporate earnings and send stock prices through the roof. 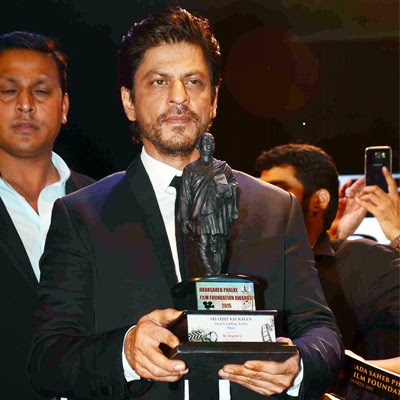 i. The award was conferred for his outstanding contribution in promotion of relationship between the two countries. 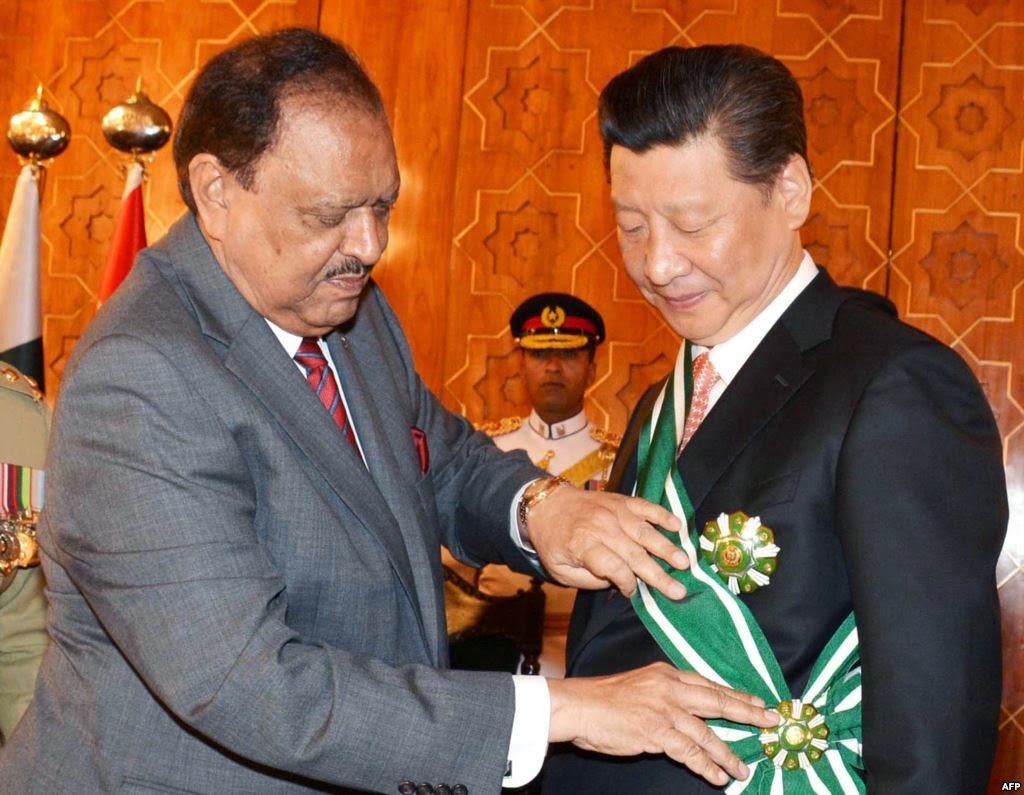 i. World Bank on 18 April 2015 established Pollution Management and Environmental Health (PHEM) program. The program was officially launched on Global Citizen 2015 Earth Day in Washington, D.C.
ii. The 45 million US Dollar PMEH program will initially run from 2015 to 2020. In particular, the program will focus on air quality management in five major urban areas in India, China, Egypt, Nigeria and South Africa.

i. The Union Cabinet on 22 April 2015 gave its approval for signing of a shipping agreement between India and Jordan. The agreement aims at strengthening cooperation and providing sustained mutual assistance on merchant shipping and other related maritime matters.
ii. The nod was given in a Cabinet meet chaired by Prime Minister Narendra Modi in New Delhi after recognizing the significant mutual benefit which can be derived from cooperation in area of shipping between the two countries.

i. The World Happiness Report 2015 was released on 23 April 2015. The report was published by the Sustainable Development Solutions Network (SDSN) an initiative under the United Nations.
ii. The report was topped by Switzerland followed by Iceland, Denmark, Norway and Canada. The World Happiness Report examined 158 countries and is aimed at influencing government policy.
iii. India ranked 117th out of total 158 countries.

i. The campaign was launched by the UN Women Global Goodwill Ambassador Emma Watson in September 2014. HeForShe is a solidarity campaign for gender equality established by United Nations (UN) Women.

i. Indian- American Vivek Murthy on 23 April 2015 took oath as the 19th US Surgeon General. The oath was administered by Vice President Joe Biden at a ceremony in the US. He took the oath on the Gita.
ii. Vivek Muthy became the youngest-ever in-charge of the country's public health. As the US Surgeon General, Murthy carries the rank of Vice Admiral.

i. Accounting giant KPMG on 22 April 2015 elected company veteran Lynne Doughtie as its Chief Executive Officer (CEO) and Chairman. She is the first women to be elected to this position.
ii. She will succeed John Veihmeyer, who has served as Chairman and CEO since 2010 and simultaneously as Global Chairman of KPMG International since February of 2014.

i. Pathai Ananthasubramanian Murali on 23 April 2015 resigned as Chief Financial Officer (CFO) and Executive Director (ED) of Bengaluru-based United Spirits Limited. Murali also resigned from the boards of all subsidiaries.
ii. Murali is a Chartered Accountant by profession. He has been in the industry for over 32 years and with the UB Group companies for 22 years.