i. India has been ranked a low 119 out of 130 countries on an index that measures business resilience of nations based on economic, risk quality and supply chain factors, dropping seven notches from last year. 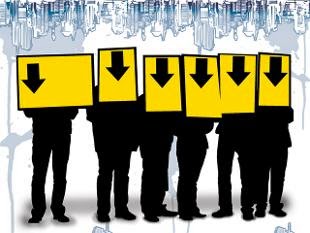 ii. The 2015 FM Global Resilience Index has been topped by Norway for being the country best suited for companies seeking to avoid disruptions in their global supply chain operations.
iii. Venezuela is ranked last on the list. India, "despite its scope and global potential", ranks 119, falling from 112th rank in 2014.
iv. On the economic parameter, which takes into account GDP, political risk and oil intensity, India is ranked 115, the same as last year.
v. In the risk quality factor, India is ranked 109 for its quality of natural hazard and fire risk management, a slight improvement from its 113th rank in 2014.
vi. In the third category of supply chain, which looks at corruption control, infrastructure and local supplier quality, India is ranked 89th, falling 11 spots from the previous year.

i. The land acquisition ordinance, re-promulgated, a day before it is to lapse.

ii. The government could not get converted into a legislation in Rajya Sabha due to stiff opposition from the other parties.
iii. The fresh ordinance, which is the 11th by the Narendra Modi government, incorporates nine amendments that were part of the bill passed in Lok Sabha.
iv. To enable re-promulgation of the ordinance, the government last week got the Rajya Sabha prorogued. Under the Constitution at least one of the Houses has to be prorogued for Government to issue an ordinance.

i. Gujarat tops the list of states for the implementation of Swachh Bharat Mission, while Odisha has done the best as far as construction of community toilets is concerned, reported by the Union Urban Development Ministry for the years 2014­15.
ii. Of the 2,70,069 household toilets constructed during the last financial year under the Mission, Gujarat alone accounted for 60 per cent of them having built 1,65,376 household toilets. Madhya Pradesh has constructed 99,151 household toilets followed by Karnataka with 4,697.

iii. In terms of Solid Waste Management also has Gujarat taking the lead by reporting 100 per cent collection and transportation of municipal solid waste in 120 of the 195 towns in the state.
iv. During 2014­15, a total of about Rs.900 crore has been sanctioned by the Ministry of Urban Development and an amount of about Rs.700 crore has been released to States and UTs based on proposals received under Swachh Bharat Mission.

i. The Bharatiya Janata Party, proposes to take up four nation-wide non-political programmes, including an end to manual scavenging.
ii. BJP vowed work out a programme to involve its workers in relocating 23 lakh persons who currently do manual scavenging work.
iii. Party workers would also be involved in creating awareness about the Central scheme for the girl child - Beti bachao, beti padhao - to prevent female foeticide.
iv. The other two non-political programmes are the Clean India campaign or Swachch Bharat and the cleaning of the Ganga.

i. To boost eco-friendly vehicles sales, the government today launched FAME India scheme that envisages to provide Rs 795 crore support till 2020 for the manufacturing and sale of electric and hybrid vehicles.
ii. The scheme envisages providing demand incentives to electric and hybrid vehicles from two-wheeler to buses in range of Rs 1,800 to Rs 66 lakh.
iii. FAME-India or Faster Adoption and Manufacturing of Hybrid and Electric vehicles in India as part of the National Mission for Electric Mobility is being launched from April 1.

i. Subadhra Devi Rai, a senior lecturer at the School of Health Sciences (Nursing) at Nanyang Polytechnic (NYP), has been named winner of the 2015 International Achievement Award by the International Council of Nurses' Florence Nightingale International Foundation.
ii. 51 year old Rai became the first Singaporean to get the biennial prize since its introduction in 1999.
iii. Rai, for her dedication in providing nursing care to vulnerable populations since the beginning of her career.

i. Newly crowned World No. 1 Saina Nehwal continued her rampaging run with a win over China's Sun Yu to reach the semifinals of the Malaysia Open Super Series Premier.
ii. Saina defeated Yu 21-11, 18-21, 21-17 in 1 hour and 11 minutes to set up last four clash with world no. 2 Li Xuerui of China. 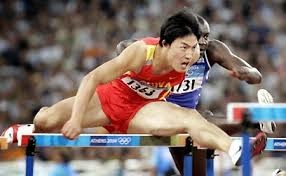