Perseverance and Grace as Nepal Is Turned Upside Down

April 28, 2015
KATMANDU, Nepal - Each time this city shuddered with aftershocks from the earthquake that convulsed Nepal, Samaj Gautam felt an urge to join the millions of residents who fled to safety outdoors. But working in a hospital emergency ward inundated with the wounded, and their broken limbs, fractured skulls and other physical traumas, Dr. Gautam said Sunday night, he and his colleagues had to suppress their fears and stick to treating patients.

The earthquake registered as a magnitude -7.8 and its aftershocks have turned one of the world's most scenic regions into a panorama of devastation. 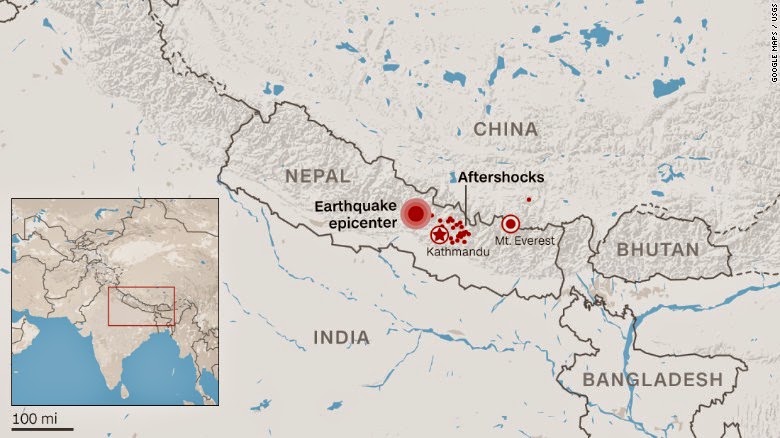 Sitting atop a major tectonic fault, Nepal is accustomed to the tremors of the earth

But this time it has been overwhelmed by a powerful quake that killed thousands and destroyed some of the country’s most treasured temples. Past and present were destroyed all at once, making digging out and rebuilding that much more daunting.

The earthquake hit just 80 kilometres north - west of Kathmandu on 25 April, crumbling buildings and devastating much of the city raising the death toll to 3,300 as of now. Thousands of people were displaced, roads developed huge cracks, old buildings were flattened. The ground shook well beyond Nepal’s borders, into Tibet and northern India, in one of the worst natural disasters to strike the Himalayas in years; thousands of people are feared dead. Here, Nature takes a look at the geological and social circumstances that combined to make the Nepal quake so deadly.

People dug through piles of debris where their homes once stood, seeking pieces of their former lives and, possibly, family members. Many of the injured were treated outside overflowing hospitals, where crowds of people gathered looking for relatives. 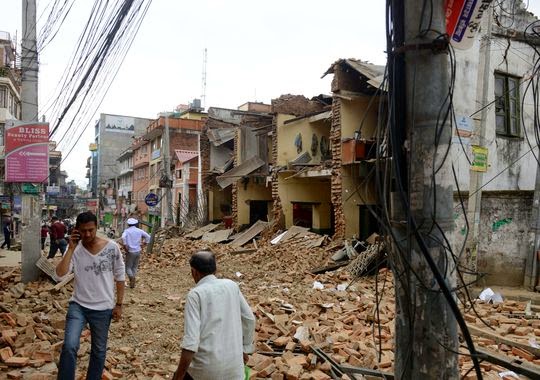 The damage was everywhere. Stunned residents wandered the streets of Kathmandu, the capital city of roughly 3 million people that's now the focus of international disaster relief efforts.
The earthquake triggered an avalanche on Mount Everest, killing at least 22 people on the mountain. An additional 61 were left injured and an unknown number are still missing.

There is still the overwhelming trauma of the quake. Ichcha Gauchan, a 33-year-old homemaker, said she clutched the wall of her home as everything in her kitchen flew from the shelves.
“I thought I had died,” she said. She is sleeping at the military parade ground, and although her house is intact, she does not plan to return home for several days. “How can we sleep at night?”
Others have no home to return to. Depak Lama, 35, a street vendor, can only stare at the pile of bricks that used to be his home. Under the rubble are his savings, his identity card, his mobile phone, clothing and all of his family documents.

Many of the city's centuries-old buildings, which had stood stalwart for generations and provided a sense of national pride, have been toppled.
Dozens of bodies were pulled from Dharahara, the historic nine-story tower that came crashing down during the quake.

When it seemed as if things couldn't get worse, a powerful aftershock jolted Nepal on Sunday, sending people screaming into the streets and causing new injuries for already traumatized residents. Climbers said it set off fresh avalanches on Mount Everest, where at least 17 people were reported to have been killed on Saturday.
The magnitude of the new quake Sunday was initially estimated at 6.7 by the U.S. Geological Survey, considerably weaker than the magnitude-7.8 of the devastating one of a day earlier.

International aid agencies and governments mobilized on Sunday to respond to the earthquake in Nepal, saying they faced challenges in getting assistance to the country and distributing it amid the widespread devastation there.

In the aftermath of the disaster, which has killed more than 3,200 people, injured about 5,900 and left many more homeless, development workers said that continued aftershocks, a crippled transportation network and the loss of power in parts of the country had made it tough to search for survivors and distribute much-needed supplies. 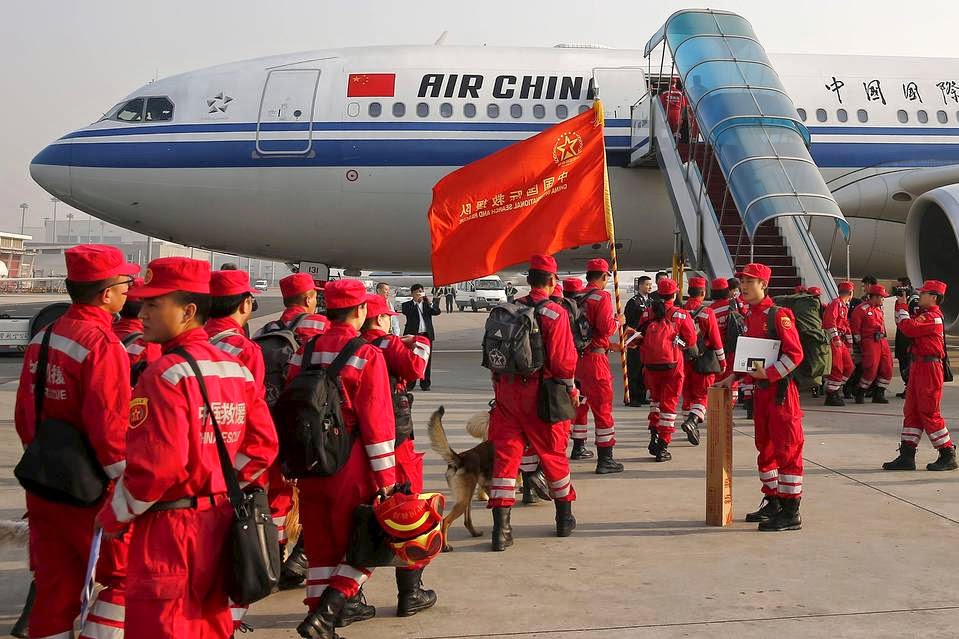 Several of Nepal’s neighbors have sent help. The United States, India and China initiated relief efforts that were expected to send substantial numbers of foreign aid workers, search-and-rescue teams and medical equipment to the stricken country over the next couple of days.

The US secretary of state, John Kerry, has said the US will pledge $1m to the aid effort and will also assist with a disaster response team. Australia has also pledged a Aus$5m aid package, while India, Sri Lanka, the UK, China and others are all sending disaster response teams to assist in search and rescue.
India has ramped up its relief operations in quake-ravaged Nepal, with the focus on deploying medical and engineering teams and opening up road links to speed up the evacuation of hundreds of stranded Indian nationals.

A total of 13 heavy lift aircraft, including the C130J Hercules, Il-76 and C-17 Globemaster, several helicopters and hundreds of personnel from the military and National Disaster Response Force (NDRF) are engaged in Operation Maitri, making this one of the largest relief efforts mounted by India on foreign soil. 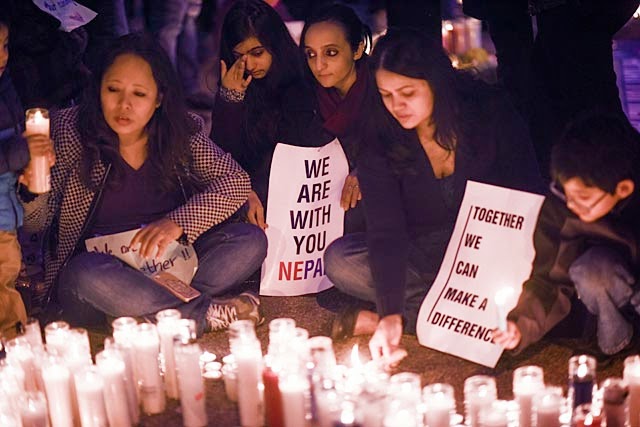