i. Prime Minister Narendra Modi on 8 May 2015 released a commemorative coin to mark the birth centenary of Swami Chinmayananda in New Delhi. 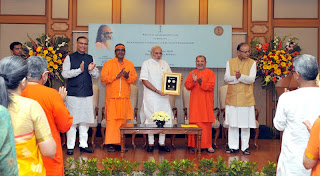 ii. Swami Chinmayananda born as Balakrishna Menon on 8 May 1916 pioneered works in the field of education and social reform. He died on 3 August 1993.

i. Rajya Sabha on 6 May 2015 passed 119th Constitutional Amendment Bill on Land Boundary Bill (LBA). The Bill is to operationalise the Land Boundary Agreement with India and Bangladesh, and the exchange of certain enclaves of land between the two countries.
ii. The exchange will see Bangladesh take over 111 enclaves (17160 acres) from India’s possession and India, in turn, receive 51 enclaves (7110 acres) from Bangladesh.

i. Lok Sabha on 7 May 2015 passed Juvenile Justice (Care and Protection of Children) Bill 2014. The Bill clearly defines and classifies offences as petty, serious and heinous, and defines differentiated processes for each category.
ii. The amendment bill has introduced a new provision that disallows the protection from disqualification in cases where a juvenile is tried and convicted under the adult system.
iii. The bill will allow children in the 16-18 age group to be tried as adults if they commit heinous crimes.

i. The Union Ministry for Social Justice & Empowerment on 6 May 2015 launched the Credit Enhancement Guarantee Scheme for Scheduled Castes. The scheme is being implemented by Industrial Finance Corporation of India (IFCI) Ltd.
ii. A sum of 200 crore rupees was allocated towards Credit Enhancement Guarantee scheme for young and start-up entrepreneurs belonging to Scheduled Castes (SC) to avail financial assistance.
iii. The main objective of this scheme is to encourage entrepreneurship in the lower strata of the Society resulting in job creation besides creating confidence in Scheduled Castes. 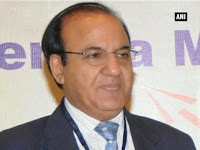 i. State Bank of India on 7 May 2015 launched State Bank RuPay Platinum debit card in association with National Payment Corporation of India (NPCI). 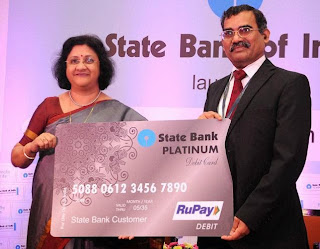 ii. Initially, the card will be issued free to customers maintaining a quarterly balance of 50000 rupees. The RuPay card is accepted at all payment channels like ATMs, PoS and eCommerce.

i. Online fashion retailer Myntra.com on 6 May 2015 acquired Bengaluru-based startup firm Native5 Software Solutions Pvt Ltd for an undisclosed sum. With this acquisition, founders of Native 5 will join Flipkart, parent company of Myntra.
ii. From now onwards, Native5 team will work on Myntra’s mobile only strategy and will help its mobile apps to grow.

i. The Union Government and Asian Development Bank (ADB) on 7 May 2015 signed a 31 million US dollars loan agreement to boost water availability in selected river basins in Karnataka and ensure improved water efficiency in irrigation.
ii. The agreement was signed by Raj Kumar, Joint Secretary (Multilateral Institutions), Department of Economic Affairs on behalf of the Union Government and M Teresa Kho, Country Director of ADB in India.

i. India and Iran on 6 May 2015 signed an inter-Governmental Memorandum of Understanding (MoU) for the development of the strategically important Chabahar Port in Iran. 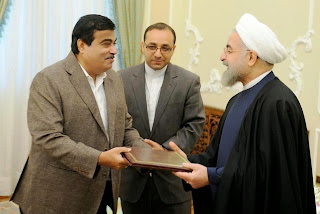 i. The Conservative Party swept to power Friday in Britain’s parliamentary elections, winning an unexpected majority that returns Prime Minister David Cameron to 10 Downing Street in a stronger position than before. 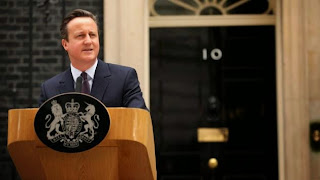 ii. After meeting with Queen Elizabeth II on Friday afternoon, Cameron returned to his office to announce he would form a majority Conservative government.

ii. The museum was dedicated to Indian history. Singapore is celebrating 50 years of its independence in 2015 as well as 50 years of diplomatic relations with India.

i. Mhairi Black on 7 May 2015 became the youngest lawmaker of Britain at the age of 20. The freshly elected lawmaker is from Scotland.
ii. She belonged to Paisley and Renfrewshire South, a constituency outside Glasgow.  She defeated Douglas Alexander, Labour's election chief and a former Cabinet minister with 17864 votes.

i. Forbes on 6 May 2015 released Global 2000 Companies list. The Forbes Global 2000 is a comprehensive list of the world’s largest, most powerful public companies, as measured by revenues, profits, assets and market value.
ii. Industrial and Commercial Bank of China tops the list for a third consecutive year.
iii. Reliance Industries is ranked 142 on the list, down from last year’s 135th spot, with a market value of 42.9 billion dollars and 71.7 billion dollars in sales.

i. The National Aeronautics and Space Administration (NASA) successfully developed and flight tested the prototype of a ten-engine electric plane Greased Lightning (GL)-10. It was revealed by the US space agency on 1 May 2015 on its website.
ii.  It is a battery-powered 10-engine remotely piloted aircraft having eight electric motors on the wings and two electric motors on the tail.

i. Eminent historian and social scientist Amalendu Guha passed away on 7 May 2015 following old age ailments at Ulubari, Guwahati. He was 91.
ii. Born on 30 January 1924 in Imphal, Guha was an eminent writer, poet, historian, social scientist and Communist thinker. He wrote in English, Assamese and Bengali languages.