i. Scripting a new history in the bilateral relations, India and China on Friday signed 24 key agreements worth USD 10 billion in education, railway, maritime cooperation, ocean sciences and other sectors. Earlier on Friday morning, Prime Minister Narendra Modi on the second leg of his three-day China held talks with his Chinese counterpart Li Keqiang. 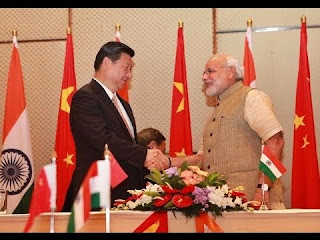 i. The Zoological Survey of India is celebrating its 100 years by making its vast repository of natural history records and animal specimens available to the public at the click of a button.
ii. Under a Rs 25 crore modernisation and upgradation project to mark its 100 years of operations, ZSI has already digitised around 4500 publications of more than 3 lakh pages. 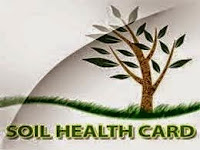 i. Punjab Agriculture Department on 13 May 2015 launched a pan-state programme to monitor the soil health of every farm in the state by issuing them personalised Soil Health Cards (SHCs).
ii. In this regard, every district of state was assigned a mobile soil testing lab. These labs will take soil sample from every farm and will issue digitalised soil health details.

MHRD Gave Nod For Setting Up IIIT in Nagpur, Maharashtra

i. Union Ministry of Human Resource Development (MHRD) on 14 May 2015 gave an in-principle approval for setting up an IIIT (Indian Institute of Information Technology) in Nagpur, Maharashtra.
ii. The IIIT will join a batch of national institutes which are set to come up in the city, namely the All India Institute of Medical Sciences (AIIMS) and Indian Institute of Management (IIM).

i. Wholesale prices fell further in April as vegetables became cheaper and core inflation remained subdued, pulling the index that captures wholesale inflation to its sharpest drop since the current series started in 2005.
ii. The Wholesale Price Index fell 2.65% in April, compared with a 2.33% decline in March, marking the sixth straight month of deflation, data released by the Ministry of Commerce and Industry.

i. Indian economy is likely to clock 8.1 percent growth in the current financial year, spurred by strong consumer spending amid low inflation, infrastructure projects and government's reform measures, says a UN report.
ii. The International Monetary Fund (IMF) and the World Bank have projected India's growth at 7.5 percent for the current fiscal. However, the Reserve Bank of India (RBI) has forecast a growth rate of 7.8 percent.

i. The Reserve Bank of India on Thursday capped the average exposure limit for an NBFC to issue infra debt funds at 50 per cent and maximum at 75 per cent of its total capital fund, apart from limiting such issuance to only PPPs which have been successfully operational at least for a year.
ii. the RBI has allowed NBFCs to invest only in PPP projects which are at least one year into commercial operations and assigning a risk weight of 50 per cent.

Legendary Blues singer and guitarist BB King passes away at 89

i. Born in Mississippi, King began performing in the 1940s. He went on to influence a generation of musicians, working with Eric Clapton and U2. 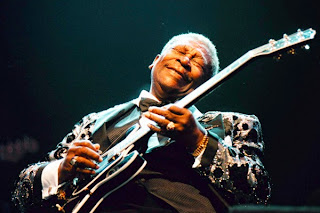 ii. Once considered the third greatest guitarist of all time, King had been suffering ill health in recent months. He was recently taken to hospital with a diabetes-related illness.

i. Eminent Bengali writer Suchitra Bhattacharya passed away on 12 May 2015 following a cardiac arrest in Kolkata, West Bengal. She was 55.
ii. Her writings were based on contemporary social issues mainly affecting the urban middle class and also highlighted the pains and sufferings of women in contemporary society.

i. Yaadhum , a documentary film, tracing the history and identity of the Tamil Muslim community, has won the Bronze Remi award at the 48th WorldFest-Houston – the third longest running International Film Festival in North America.
ii. There were participants from 33 countries and more than 550 international film-makers attended the festival. The film was also screened at The Hindu Literary Festival.