ii. In his address, PM stressed on the need for improving farmers’ condition in the country. He said if country wants to progress, the elevation of villages and farmers is the stepping stone.

i. Sunil D’Souza was on 25 May 2015 appointed as the Managing Director (MD) of Indian home appliances maker Whirlpool of India Ltd. D'Souza will join the office of MD on 22 June 2015.
ii. Prior to this appointment, he was the Head of PepsiCo’s VIMAPS Business Unit located in Malaysia. He has been with PepsiCo for about 15 years, holding various senior management positions in Malaysia, the Philippines, Vietnam and India.

i. Indian-origin entrepreneur Ranjit Singh Baxi was on 19 May 2015 elected as the Head of the Bureau of International Recycling, a global organisation that facilitates free and fair trade of recyclables in a sustainable and competitive world economy.
ii. Baxi succeeded Bjorn Grufman. He will serve a two-year term as President of this global firm. He has also published a book titled Recycling our Future- A Global Strategy. 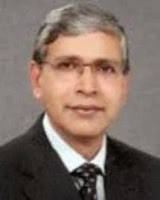 i. Manoj Mishra was on 24 May 2015 appointed as the Chairman and Managing Director (CMD) of state-run National Fertilizers Limited (NFL).
ii. Mishra is currently serving as the Director (Finance) at State Trading Corporation (STC). Mishra is a cost accountant by qualification. He began his career from fertiliser company Kribhco and worked there for 23 years.

i. Argentine footballer Cristian Gomez died during a game on 24 May 2015. Gomez, 27, of Atletico Parana collapsed on the pitch during a second-tier game against Boca Unidos.
ii. After collapse, the defender was taken to a hospital in the city of Corrientes, where doctors were unable to revive him. 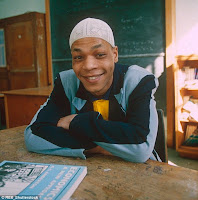 i. The British actor Terry Sue-Patt passed away on 22 May 2015 in east London. He was 50. He was found dead at his home, however the cause of his death was not known.
ii. Sue-Patt was best known for playing the role of school pupil named Benny Green in children's TV series Grange Hill. He appeared in the show's first episode in 1978 and left the show in 1982. He also did some minor roles in shows like General Hospital, Jackanory and The Bill.

i. E-commerce major Snapdeal on 25 May 2015 acquired Hyderabad-based mobile technology startup MartMobi for an undisclosed amount. This acquisition will help Snapdeal to strengthen its mobility platform for merchant partners.

ii. In 2015 itself, Snapdeal acquired payments and mobile recharge startup Freecharge in a cash-and-stock deal as well as picked up stakes in digital financial services platform RupeePower and logistics venture GoJavas.

i. The annual awards honours players for performances in international and domestic cricket across all formats. Sunil Gavaskar is Chief Adjudicator of CEAT Cricket Rating, which identifies achievers based on points accumulated in various categories. 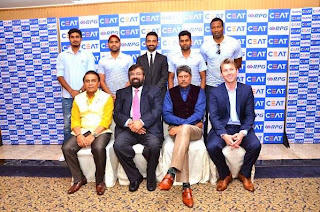 i. Ace cross-country bike racer C.S. Santoshwon the coveted Motorsport Man of the Year award which carried a prize of Rs.2 lakh.
ii. He won the award at the annual prize distribution function of the Federation of Motor Sports Clubs of India (FMSCI) here on Monday night.