i. The U.S.-India Business Council (USIBC) and FICCI on Friday held a Smart Cities Conclave for Ajmer with senior representatives from the Rajasthan and the U.S. Government present during the conference. 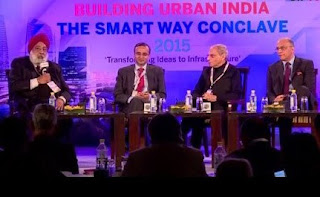 ii. This is the first major Smart Cities Conclave for Ajmer and included participation from major Indian and US companies such as United Technologies Corporation (UTC), IBM, Vermeer Corporation, Viacom 18, Corning, AECOM, CH2MHill, Oracle, Yes Bank, ICICI Bank, Mahindra Group and Black and Veatch, among others, to create a roadmap and advance the goal of developing Ajmer into a Smart City as articulated in the joint statement between Prime Minister Narendra Modi and President Barack Obama in September 2014. 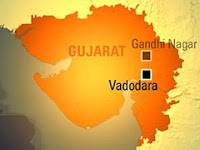 i. Microsoft on 27 May 2015 announced to open the India’s first Digital Experience Centre in Vadodara, Gujarat. Microsoft will open the centre in collaboration with the Vadodara Chamber of Commerce and Industry (VCCI).
ii. The centre aims to bring to life these experiences for Small and Medium Enterprises (SMEs), entrepreneurs and educational institutions and help them leverage contemporary cloud technology to drive business growth as well as enhance skills and promote learning.

State of Food Insecurity in the World 2015 report released

i. The annual UN hunger report  titled State of Food Insecurity in the World 2015 was on 27 May 2015 released by Food and Agriculture Organization of the United Nations (FAO), the International Fund for Agricultural Development (IFAD) and the World Food Programme (WFP).
ii. As per the report, the number of hungry people in the world has dropped to 795 million.
Highlights of the report
• 72 out of 129 countries monitored by FAO have achieved the Millennium Development Goal target
• In India, 194.6 million people are still undernourished. India still has the second-highest estimated number of undernourished people in the world.

i. Yogathon is an event that will be celebrated in more than 100 US cities on 21 June 2015, the first International Yoga Day. It is a type of campaign to spread the awareness about Yoga.
ii. The event is being organised by about 50 major spiritual and Yoga organisations like Art of Living, Overseas Volunteer for a Better India (OVBI) and others. 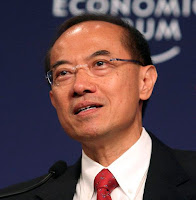 i. Former Singapore Foreign Minister George Yeo will be the new Chancellor of the Nalanda University, the Ministry of External Affairs announced on Saturday.
ii. Mr. Yeo, who is on the governing board of prestigious university, will take over from Nobel laureate Amartya Sen, who withdrew his candidature for a second term as Chancellor of the Nalanda University in Bihar in February 2015.

i. Pradeep Kumar Sinha was on 29 May 2015 appointed as the Cabinet Secretary to the Union Government with effect from 13 June 2015. He succeeded Ajit Seth.
ii. His appointment was approved by the Appointments Committee of the Cabinet (ACC). The ACC also approved the appointment of Sinha as the Officer on Special Duty (OSD). 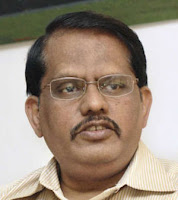 i. Eminent scientist Dr. S Christopher was appointed as the Director General (DG) of the Defence Research and Development Organisation (DRDO) on 28 May 2015. He will have tenure of two years from the date of taking over the charge.
ii. At the time of appointment, Christopher was Distinguished Scientist and Programme Director (airborne early warning and control system) and Director, Centre for Air-Borne Systems in the DRDO.


VA Prasanth appointed as the CFO of Indian Bank

i. VA Prasanth was on 28 May 2015 appointed as the Chief Financial Officer (CFO) of the Indian Bank with immediate effect.
ii. Before this appointment, he was serving as the General Manager of the Indian Bank. Prasanth succeeded K Srinivasa Raghavan. 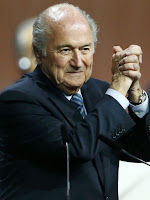 i. Incumbent FIFA President Joseph Sepp Blatter on 29 May 2015 was re-elected as President for the fifth term. He was chosen for the post by the 65th FIFA Congress held in Zurich.
ii. 79-year-old Blatter won another four-year term as FIFA President after he was able to secure 133 votes out of 206 valid votes in the 209-member FIFA.

i. Distinguished Scientist G Satheesh Reddy was on 29 May 2015 appointed as Scientific Advisor to Union Defence Minister Manohar Parrikar for a period of two years from the date of taking over charge. Reddy is Director at Research Centre Imarat (RCI) & Programme Director of MRSAM, DRDO.
ii. Reddy joined DRDO in 1986 and led the Conceptualization, Design, Development and productionisation of Inertial Sensors, Navigation schemes, Algorithms & Systems, Calibration methodologies, Sensor Models and Simulation.

i. She took a classic documentary approach to often difficult material and usually worked in black and white.
Her works were exhibited at galleries and museums worldwide and had been widely published in LIFE, the New York Times Magazine, The New Yorker, Rolling Stone, and Vanity Fair.

i. The State Bank of India (SBI) on 29 May 2015 launched an Online Customer Acquisition Solution (OCAS). It is an online platform to apply for Home Loans, Car Loans, Education Loans and Personal Loans.
• The application will help the customers gauge their eligibility and get a quote personalized to their requirement.
• The customer will instantly get an e-approval on filling the online form.

i. Mahindra World City Developers Ltd (MWCDL), a subsidiary of Mahindra Lifespace Developers Ltd (MLDL) of the Mahindra Group and Sumitomo Corporation of Japan have entered into an agreement to form a joint venture to set up an industrial park in North Chennai (the NH5 corridor). 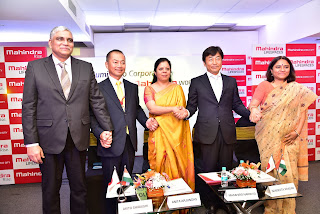 ii. The joint venture company called as Mahindra Industrial Park Chennai Ltd will have 60 per cent equity participation from Mahindra World City and the balance 40 per cent from Sumitomo.

i. The Reserve Bank of India on 28 May 2015 proposed to introduce Prepaid Payment Instruments (PPI) for Mass Transit System (PPI-MTS).
ii. These PPI-MTS will be semi-closed instruments that will be used facilitate the migration to electronic payments in line with the country’s vision of moving to a less-cash society.

i. The Reserve Bank of India on 28 May 2015 released the Draft Guidelines on Net Stable Funding Ratio (NSFR) under Basel III Framework on Liquidity Standards for banks.
ii. The Reserve Bank proposed to make NSFR applicable to all banks in India from 1 January 2018. The objective of NSFR is to ensure that banks maintain a stable funding profile in relation to their assets and off-balance sheet activities. 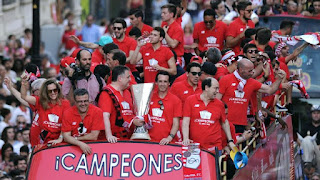 ii. With this, Sevilla, the Spain’s oldest club solely devoted to football practice, became the first side to win the Europa League four times. Last time, it captured the trophy in 2006, 2007 and 2014.

i. An Indian-origin teacher Gurnimrat Nimmy Sidhu on 27 May 2015 named for University of Oxford Inspirational Teacher Award.
ii. The award was given to her for helping one of her students get into the world-famous varsity. She had received her trophy in Oxford alongside 11 others, also nominated by their students for their role in getting them admission into one of the world's most prestigious universities.

i. "Pakistan Paradox: Instability and Resilience" by Christrophe Jaffrelot was published by Vintage Books on 15 April 2015. Christrophe Jaffrelot is Research Director at CNRS and teaches South Asian Politics and History at Sciences Po (Paris).
ii. The 688-pages book is an overview of the contemporary Pakistan which was born as the creation of elite Urdu-speaking Muslims who sought to govern a state that would maintain their dominance.

Book titled "Ahmedabad: A City in the World" by Amrita Shah released

i. Book Ahmedabad: A City in the World authored by Amrita Shah was released 28 May 2015.
ii. The book is a biography of India's seventh-largest city Ahmedabad and its all too frequent complicity in communal violence.

International Day of United Nations Peacekeepers observed across the world

Theme - "Together for Peace"
i. To mark the occasion, various events were organised across the globe to commemorate all brave men and women who have contributed towards establishing peace and security in the war torn countries and ravaged societies across the world. 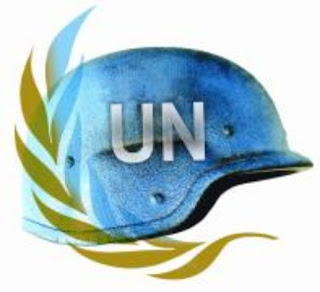 ii. The UN General Assembly adopted a resolution in 2003 and designated 29 May as the International Day of United Nations Peacekeepers.