i. India and Afghanistan on 28 April 2015 released a Joint Statement to take bilateral relations to a higher level. The Joint statement was released after meeting of Mohammad Ashraf Ghani, the President of Afghanistan with Prime Minister Narendra Modi. 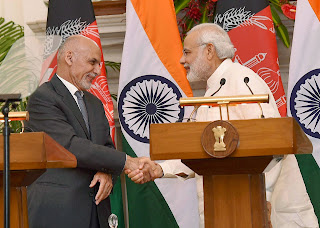 ii. Mohammad Ghani was on a visit to India from 27 April to 29 April 2015. This was the first visit of Ghani to India after assuming the Presidency in September 2014 at the invitation of President Pranab Mukherjee.

i. Union Cabinet approved AMRUT of 500 cities with an outlay of 50000 crore rupees over the next five years (2015-16 to 2019-20).
ii. The Cabinet also approved the Smart Cities Mission with an outlay of 48000 crore rupees. The two missions have twin objectives of meeting the challenges of growing urbanization in the country in a sustainable manner. 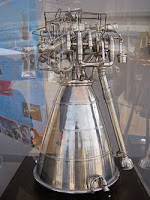 ii. This engine will enable scientists to put satellites of up to the capacity of four tonnes in geostationary orbit.

i. The Union Ministry of Corporate Affairs on 1 May 2015 launched Form-INC -29 to make the process of establishing new companies smoother for entrepreneurs.
ii. The Form-INC-29 is an integrated electronic application form and can be used alternatively in the place of filling five separate e-Forms to set up a new company.

i. Nadia district could achieve this feat due to its collaborative effort with the United Nations Children's Fund (UNICEF) and World Bank aimed at construction of toilets across the district.
ii. In order to eliminate open defecation from the rural landscape of the state, the Chief Minister of West Bengal Mamata Banerjee formally launched the Mission Nirmal Bangla (MNB) on 30 April 2015 and declared the day as Nirmal Bangla Diwas to mark the occasion.

i. The exercise was intended to augment the preparedness of the security agencies in protecting the porous maritime borders of Kerala, Lakshadweep, Minicoy Islands and Mahe (part of Puducherry) from external attacks.
ii. The exercise was conducted by the ICG from its Operation room at Kochi and Kavaratti and monitored from the Joint Operation Centre (JOC) located at the Kochi Naval base.

i. The first meeting of the Sub-Group of Chief Ministers on Swachh Bharat Mission (SBM) was held on 30 April 2015 at NITI Aayog in New Delhi. The meeting was chaired by Chief Minister of Andhra Pradesh N Chandrababu Naidu who is the convener of the sub group. 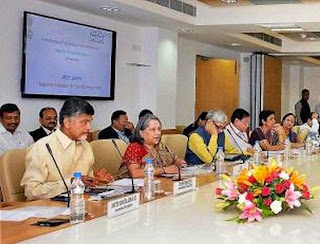 ii. As per the term of reference, the sub-group will examine the financial requirements for the comprehensive implementation of SBM and suggest measures for meeting budgetary needs.

i. Ace tennis player Rafael Nadal on 1 May 2015 received the Golden Medal for Merit in Work. Golden Medal is one of the top civilian honours of Spain which aims to highlight an exemplary performance in any job or profession.
ii. Nadal received the honour from the Spanish Prime Minister Mariano Rajoy Brey at the PM’s official residence Moncloa Palace in Madrid.

i. Srinagar-born novelist Siddhartha Gigoo on 28 April 2015 won the 2015 Commonwealth Short Story Prize for Asia region for his work Umbrella Man, a tale of surreal meditation on mental health and the environment.
ii. Gigoo was awarded with the prize money of 2500 pounds. With this victory, Gigoo will compete with the other four regional winners for the 5000 pounds grand prize which will be announced in London on 8 September 2015. 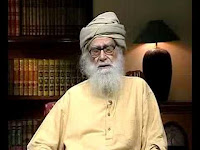 i. Noted Islamic scholar and activist Maulana Wahiduddin Khan was on 30 April 2015 conferred with the Sayyidina Imam Al Hassan Ibn Ali Peace Award in Abu Dhabi, UAE.
ii. Maulana Wahiduddin is an Islamic spiritual scholar who has adopted peace as the mission of his life and is known for his Gandhian views as he considers non-violence as the only method to achieve success.

i. Prannoy Roy, the Executive Co-chairman of NDTV, was on 30 April 2015 conferred with the Redink Lifetime Achievement Award 2015 at a function in Mumbai. The awards were presented by the Union Railway Minister Suresh Prabhu.
ii. The RedInk Lifetime Achievement Award was instituted in 2010 by the Mumbai Press Club to encourage good, ethical journalism that impacts people and society.

i. Actor and producer Mukesh Khanna on 29 April 2015 was appointed as the Chairperson of the Children's Film Society of India (CFSI). He was appointed by Union Ministry of Information and Broadcasting as successor of Amole Gupte. 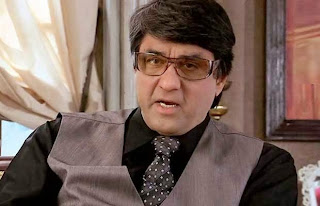 ii. Mukesh Khanna is known for his iconic role as Shaktimaan, a 1990s superhero series. He is also remembered for his portrayal as Bhishma Pitamah in Mahabharat. He was last seen in daily soap Pyaar Ka Dard Hai Meetha Meetha Pyaara Pyaara.

Surender Singh took over as Director General of CISF

i. Senior IPS officer Surender Singh on 1 May 2015 took over as Director General (DG) of central paramilitary force Central Industrial Security Force (CISF).
ii. Surender Singh is a 1980-batch police officer of West Bengal cadre. Earlier, he served as a Special Director in the Intelligence Bureau (IB) before getting the new assignment

Nursultan A Nazarbayev re-elected as President of Kazakhstan

i. The incumbent President of Kazakhstan Nursultan A Nazabayev was on 27 April 2015 re-elected as president for the fifth successive term. Nazarbayev has been governing the country since the Soviet Union (or USSR) collapsed in early 1991.
ii. In the presidential elections results announced by Central Election Commission of Kazakhstan, Nazarbayev won the elections with a whopping 97.7 percent of the total votes.

i. Jack Ely, the lead singer of the Kingsmen who was best known for 1960s hit Louie Louie, died on 27 April 2015 due to a long battle with an illness. He was 71.
ii. Jack Ely was an American guitarist and singer. Ely was classically trained in piano and began playing guitar after seeing Elvis Presley on television.

i. Former Gujarat assembly speaker Barjorji Pardiwala passed away on 30 April 2015 due to age-related illness at a private hospital in Ahmedabad. He was 86.
ii. Pardiwala was also a renowned lawyer in Valsad. Pardiwala joined the lawyer's bar at Valsad town of Gujarat in 1955 and practiced the law for more than 40 years.

i. India and Japan on 30 April 2015 signed an action agenda for India-Japan investment and trade promotion and Asia-Pacific economic integration in New Delhi.
ii. It was signed by Commerce Minister of India Nirmala Sitharaman and Japanese Minister of Economy, Trade and Industry Yoichi Miyazawa.

i. Seychelles on 26 April 2015 became the 161st member of the World Trade Organization (WTO). With this, Seychelles archipelago of 90000 inhabitants became one of its smallest members. 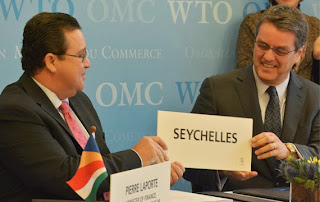 ii. This approval by WTO ended the 20-year long wait of the country for becoming a member of WTO, as the country was negotiating its accession terms since 31 May 1995.

Logo of the International Day of Yoga launched 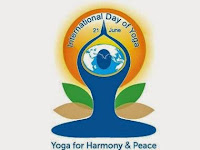 i. The logo of International Day of Yoga was launched on 29 April 2015 in New Delhi by Union External Affairs Minister Sushma Swaraj and Union Minister of State (MoS) for AYUSH Shripad Yesso Naik.
ii. The logo was selected by a committee of yoga experts constituted by Department of Ayurveda, Yoga and Naturopathy, Unani, Siddha and Homoeopathy (AYUSH) and was approved by Prime Minister Narendra Modi.

i. North and South America on 27 April 2015 became the first regions of the world to eradicate rubella, also known as German measles.
ii. These regions were declared free of endemic transmission of rubella and congenital rubella syndrome (CRS) after no home grown cases were reported in five years.

Microsoft named its next Web Browser as Edge

i. Microsoft, American multinational technology company, on 29 April 2015 announced Edge as its next Web Browser’s name at the Build Developer Conference held at San Francisco in California, USA. 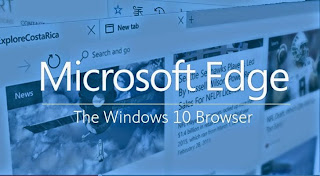 ii. Earlier, Microsoft had called it as Project Spartan; a code name given by the company. The browser is intended to replace the Internet Explorer (IE) in future.

i. MESSENGER stands for MErcury Surface, Space ENvironment, GEochemistry and Ranging and it was launched on 3 August 2004 to study Mercury’s atmosphere
ii. The journey of the spacecraft came to an end with Expected Impact (EI) on Mercury’s surface. It plunged to the Mercury’s surface at around 14000 kmph, creating a crater up to 52 feet wide

i. Gopinath Pillai on 29 April 2015 resigned as Chairman of Gateway Distriparks Limited. He is the founder of the company and worked for 19 years with the company.
ii. The company has named co-founder Prem Kishan Gupta as the new Chairman. He is working as the Managing Director since the start of the company.

i. These three PSBs are Bank of Maharashtra, Dena Bank and Oriental Bank of Commerce.
ii. The penalties have been imposed in exercise of powers vested in it under the provisions of Section 47(A) (1) of the Banking Regulation Act, 1949, taking into account the violations of the instructions issued by the RBI from time to time.

i. A Book titled China – Confucius in the Shadows was released by the Vice President M. Hamid Ansari on 1 May 2015. Confucius was considered as the most efficient author in Chinese history.
ii. Book has been written by Poonam Surie. Poonam Surie is an Adjunct Fellow at the Institute of Chinese Studies, New Delhi.