i. The Fourteenth edition of the Indo-French naval exercise VARUNA 2015 concluded on 2 May 2015. The exercise started on 23 April 2015 off the Goa Coast. 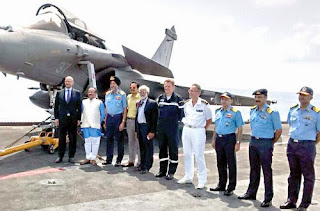 ii. Its aim was deriving mutual benefit from the experiences of the two navies. The experience gained through such exercises helps in developing Standard Operating Procedures (SOPs) in the fields of Joint Maritime Air Operations Planning with exchange of Carrier Operational Capabilities.

i. A cow-urine refinery was on 3 May 2015 inaugurated at Pathmeda village in Jalore district, Rajasthan for research on the cow products. The refinery was inaugurated by Rajasthan Health Minister Rajendra Rathore.
ii. For the research on cow products, a scientific approach will be adopted for Indian traditional system of medicine. The refinery will prepare cow-urine extract for use in the formulation of various products.

i. Bharat Heavy Electricals (BHEL), the state-owned electrical equipment maker, on Monday said it has commissioned a 195-MW thermal unit in Muzzafarpur district in Bihar.
ii. The second 195-MW unit is expected to be commissioned in the fiscal year 2015-16. Earlier, in the first week of March, a 660-MW supercritical thermal unit was commissioned by BHEL at Barh in Bihar 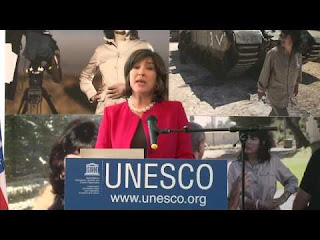 i. CHRISTIANE Amanpour, CNN chief international correspondent yesterday, World Press Freedom Day, became UNESCO Goodwill Ambassador for Freedom of Expression and Journalist Safety, in a ceremony at the organisation's headquarters in Paris, France.
ii. Director-General of UNESCO Irina Bokova named Amanpour "in recognition of her efforts to promote free, independent and pluralistic media, having the right to work free from the threat of violence, and contributing through this to peace, sustainability, poverty eradication and human rights."

i. Legendary Russian ballerinas Maya Plisetskaya died on 2 May 2015 in Munich, Germany. She was 89. She is survived by her husband and brother, Azari Plisetsky, a retired dancer.
ii. She was an international face of Russia’s Bolshoi Theater. She joined the ballet company in 1943 at the age of 18 and became the Bolshoi's prima ballerina in 1960. Later, she retired as a soloist in 1990 at the age of 65.

i. Paytm's mobile wallet will soon be accepted at quick service restaurants (QSRs), including Domino's Pizza and Cafe Coffee Day, as the Alibaba-backed company forays into the offline retail space in the next two months.
ii. A mobile wallet is a prepaid payment instrument, which allows customers to digitally store money in a secure virtual wallet and use it to pay bills and other services.

Theme - "Let Journalism Thrive! Towards Better Reporting, Gender Equality, and Safety in the Digital Age"
i. Sunday is World Press Freedom Day, an annual observance established by the United Nations in 1993 to support and celebrate the fundamental principles of press freedom
ii. It serves as an occasion to inform citizens of violations of press freedom - a reminder that in dozens of countries around the world, publications are censored, fined, suspended and closed down, while journalists, editors and publishers are harassed, attacked, detained and even murdered. 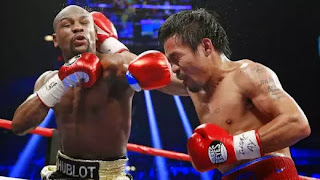 i. American boxer Floyd Mayweather Jr. on 3 May 2015 defeated Manny Pacquiao from Philippines to win the unified World Welterweight title. The match termed as Fight of the Century was held at iconic MGM Grand, Las Vegas, Nevada.
ii. Mayweather won the title in 12 rounds with a unanimous decision in which Ringside Judge Dave Moretti scored the bout 118-110, while judges Glenn Feldman and Bert Clements both scored it 116-112.