i. The Union Minister of State for Culture (Independent Charge), Tourism (Independent Charge) and Civil Aviation, Dr. Mahesh Sharma on 3 May 2015 inaugurated the first ever Science Centre and Planetarium in the Union Territory of Puducherry.
ii. The Science Centre and Planetarium has been set up by the National Council of Science Museums (NCSM) of Ministry of Culture at an expense of 5.5 crore rupees. It is the 47th Science Museum in the country.

i. Amitabha Chowdhury, veteran journalist, writer and renowned Tagore researcher on 2 May 2015 passed away in Kolkata due to prolonged illness. He was 88.
ii. He was associated with three leading Bengali dailies Anandabazar Patrika, Jugantar and Aajkal for more than three decades. Also, he authored around 40 books, which mostly explored various facets of Rabindranath Tagore.

i. Former Union Minister and veteran Congress leader Baleshwar Ram on 3 May 2015 passed away due to kidney-related ailments. He was 87. He was the leader from Bihar.
ii. He was the Member of Parliament (MP) of 7th Lok Sabha  from Rosera Lok Sabha Constituency. Baleshwar Ram served the nation in different capacities during his long public life.

i. Rajasthan Government on 4 May 2015 signed a Memorandum of Understanding (MoU) with National Health Mission (NHM), UNICEF and GAIN (Global Alliance for Improved Nutrition) in Jaipur to tackle the severe problem of malnourishment of the state.
ii. The programme will be implemented in thirteen districts in which more than 10000 children have been identified as malnourished. To deal with malnourishment, a special management programme will be organised on the community basis. 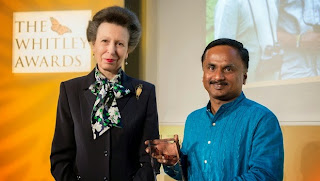 i. Ananda Kumar, a wildlife scientist from Nature Conservation Foundation (NCF) working to mitigate human-animal conflict in Valparai, has received the Whitley Award, given by the UK-based Whitley Fund for Nature (WFN).
ii. An early warning system that has saved precious human lives and reduced damage to property in the Valparai plateau, home to second largest elephant population in the country, has bagged the prestigious Whitley Award, or the Green Oscar, for 2015. 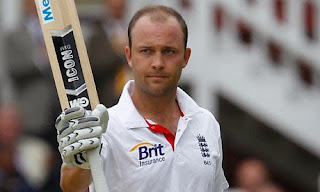 i. England batsman Jonathan Trott has retired from international cricket with immediate effect after a disappointing tour of the West Indies, the 34-year-old said on Monday.
ii. South African-born Trott played 52 tests, scoring 3,835 runs at an average of 44.08 after scoring a century on his debut in the 2009 Ashes series.