The Constitution deals with the citizenship from Articles 5 to 11 under Part II. However, it contains
neither any permanent nor any elaborate provisions in this regard. 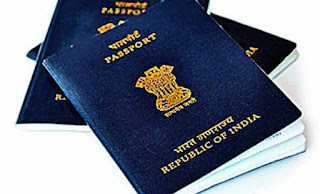 1. By Birth -
2. By Descent -
3. By Registration - The Central Government may, on an application, register as a citizen of India any person (not being an illegal migrant)

4. By Naturalisation - The Central Government may, on an application, grant a certificate of
naturalisation to any person (not being an illegal migrant)

The Citizenship Act, 1955, prescribes three ways of losing citizenship whether acquired under the
Act or prior to it under the Constitution, viz, renunciation, termination and deprivation:

2. By Termination - When an Indian citizen voluntarily (consciously, knowingly and without duress,
undue influence or compulsion) acquires the citizenship of another country, his Indian citizenship
automatically terminates. This provision, however, does not apply during a war in which India is
engaged.