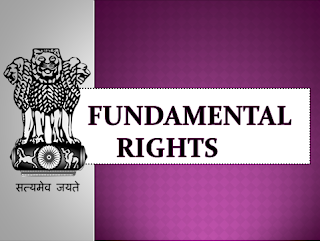 i. They are justiciable, allowing persons to move the courts for their enforcement, if and when they are violated.
ii. They are not absolute but qualified. The state can impose reasonable restrictions on them.
iii. They are defended and guaranteed by the Supreme Court. Hence, the aggrieved person can directly go to the Supreme Court.
iv. They are not sacrosanct or permanent. The Parliament can curtail or repeal them but only by a constitutional amendment act and not by an ordinary act.
v. They can be suspended during the operation of a National Emergency except the rights guaranteed by Articles 20 and 21.
vi. Their application can be restricted while martial law is in force in any area.


Fundamental Rights at a Glance