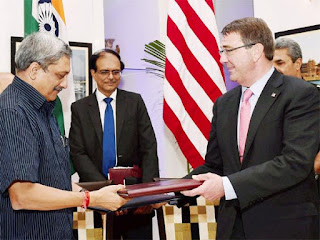 i. India and the United States (US) on 3 June 2015 signed the 2015 Framework for the India-US Defence Relationship. The framework was signed by the Manohar Parrikar, India’s Defence Minister and Ashton Carter, US Secretary of Defence.
ii. Apart from this, both India and the United States also finalized two project agreements for joint development of Mobile Electric Hybrid Power Sources and the Next Generation Protective Ensembles.
iii. It also recognises the transformative nature of the Defence Technology and Trade Initiative (DTTI).

i. India and Belarus on 3 June 2015 inked six agreements to boost ties and relationship based on friendship and mutual benefit. The agreements were inked in presence of President Pranab Mukherjee, who is on a two-day state visit to Belarus, viz., from 3 June – 4 June 2015.
ii. MoU on Bilateral Cooperation between the Securities and Exchange Board of India (SEBI) and the Ministry of Finance, Belarus has also been signed.

i. India on 3 June 2015 joined the Multilateral Competent Authority Agreement (MCAA) on Automatic Exchange of Financial Account Information (AEOI).
ii. The declaration to comply with the provisions of the MCAA was signed in Paris by Mohan Kumar, the Indian ambassador to France.
iii. The participation in the agreement will help India in curbing financial crimes especially instances of tax evasion.

i. The Union Government on 4 June 2015 signed Loan and Project Agreements with the World Bank for assistance of 400 million US dollars for Tamil Nadu Sustainable Urban Development Project (TNSUDP).
ii. The objective of the project is to improve urban services in participating Urban Local Bodies (ULBs) in a financially sustainable manner and to pilot improved urban management practices in selected cities. The total project size is 600 million US dollars

i. The index has been topped by Denmark followed by Norway, Sweden and Finland at second, third and fourth place respectively. All the four countries have score above 0.85.
ii. India with a score of 0.51 has been placed at 59th position and is ranked at third place out of six countries in the South Asian region.

i. US President Barack Obama on 2 June 2015 signed the USA FREEDOM Act 2015 in law. The USA FREEDOM stands for Uniting and Strengthening America by Fulfilling Rights and Ensuring Effective Discipline Over Monitoring Act of 2015.
ii. With this, the National Security Agency (NSA) lost its authority to collect the phone records of millions of Americans.

i. Senior IAS officer Narendra Bhooshan was today appointed as Mission Director, National Food Security Mission (NFSM).
ii. Bhooshan, a 1992 batch IAS officer of Uttar Pradesh cadre, is Joint Secretary in Department of Agriculture and Cooperation.
iii. He has been appointed to the post of Mission Director in NFSM upto July 10, 2016, an order issued by Department of Personnel and Training said.

i. Seshasayee replaces K V Kamath who stepped down as chairman and as an independent director of the company, consequent to his nomination as president of the BRICS New Development Bank.
ii. Seshasayee has been an independent director on the company's Board since January 2011 and is the chairperson of the Audit Committee. Seshasayee's holds other board positions including non-executive vice chairman of Ashok Leyland and chairman of IndusInd Bank. 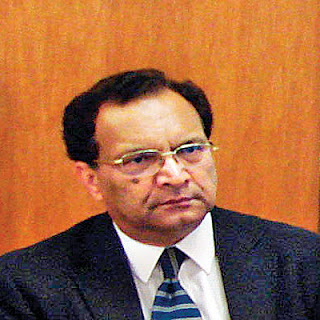 i. Syed Asif Ibrahim was on 3 June 2015 appointed as the Prime Minister’s Special Envoy on Countering Terrorism and Extremism. He is a former Director of Intelligence Bureau (DIB).
ii. He will report to National Security Advisor (NSA) Ajit Doval and work out of the National Security Council (NSC) Secretariat in New Delhi. i. Suresh Kalmadi on 2 June 2015 was conferred with the Asian Athletics Association (AAA) President’s award. He was awarded for his contribution towards the development of athletics in Asian continent.
ii. Earlier in March 2015, he was named as the Life President of AAA for his contribution for Asian athletics. The decision was taken during the council meet of AAA in Jakarta, Indonesia. 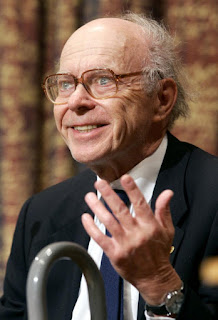 i. Irwin Rose, a biochemist who won the 2004 Nobel Prize in Chemistry, died on 2 June 2015 in his sleep in Deerfield, Massachusetts. He was 88.
ii. Rose won the Nobel Prize for discovering a way that cells destroy unwanted proteins for developing new therapies for diseases such as cervical cancer and cystic fibrosis. 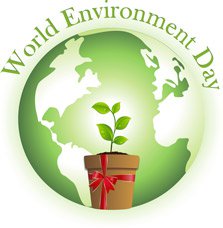 Theme - "Seven Billion Dreams. One Planet. Consume with Care"
i. The host country for the WED 2015 is Italy and the celebrations will be organized by Expo Milano 2015 that will run from 1 May to 31 October 2015 and will see the participation of 140 plus countries.
ii. The day is observed to raise global awareness to take positive environmental action to protect nature and the planet Earth. It is run by the United Nations Environment Programme (UNEP).

i. Inderjeet Singh won gold medal in men's shot put event in the 21st Asian Athletics Championships on 3 June 2015. The 21st Asian Athletics Championships is being held from 3 June to 7 June 2015 at Wuhan, China.
ii. Chang Ming-Huang of Chinese Taipei won the silver with a throw of 19.56meter, while Tian Zizhong of the home country bagged the bronze with a throw of 19.25meter.