i. Cyclonic storm ASHOBAA was in news on 8 June 2015 after it developed into a cyclonic storm from only a depression that formed over the Arabian Sea. 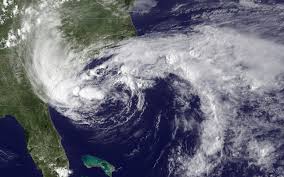 ii. According to Skymet Meteorology Division in India, the cyclone would carry heavy rainfall at most places over coastal Karnataka, Konkan and Goa as well as south Gujarat.
iii. ASHOBAA is the first tropical storm of the pre-monsoon season in the Indian seas which developed into a cyclone after sustaining strength.

i. This inclusion was announced by Urban Development minister M Venkaiah Naidu after a meet of National Capital Region Planning Board (NCRPB) meeting in New Delhi.
ii. The concept was essential in order to protect Delhi's infrastructure from excessive pressure and a planned development of the region.

i. Launching an LED-based mass lighting programme here, Power Minister Piyush Goyal said that with light emitting diodes, electricity demand in the city would come down by 45 MW and lead to savings worth Rs.68 crore.
ii. The initiative comes under the Domestic Efficient Lighting Programme -- DELP -- and would replace thousands of conventional street lights with the energy efficient LEDs in Varanasi. 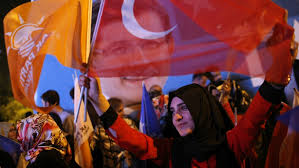 ii. According to preliminary results, AKP lost its single-party government and for the first time in 13 years, the party lost the majority in the 550-member Parliament. 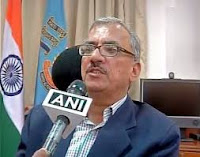 i. Senior IPS Officer RC Tayal was on 8 June 2015 appointed as the Director General (DG) of National Security Guard (NSG). He succeeded JN Choudhury who retired on 31 May 2015.
ii. About Mr. Tayal
Prior to this appointment, Tayal was serving as the Special Director General (DG) in paramilitary Central Reserve Police Force (CRPF) and was heading its formation in Jammu and Kashmir. Tayal is a 1980-batch Assam-Meghalaya cadre IPS officer.

i. ICICI Bank on Tuesday announced the appointment of M K Sharma, a former Vice Chairman of Hindustan Unilever Limited, as the non-executive Chairman for a period of five years, in place of K V Kamath.
ii. Kamath would shortly step down from the bank’s Board, consequent to his nomination as the first president of the New Development Bank, established by BRICS nations.

i. The book Sourav Ganguly: Cricket, Captaincy and Controversy was written by Saptarshi Sarkar and was published in April 2015 by HarperCollins India.
ii. In the book, the author throws light on some of the issues related to Ganguly’s career like underrated all-rounder, Lord of the left handers, relation with Aussies, brand Ganguly, etc.

i. Booker Prize awardee Amitav Ghosh on 7 June 2015 released his new novel Flood of fire. With the novel, he has concluded the Ibis trilogy, his fictional recreation of the events leading up to the first opium war of 1839-42.
ii. The Ibis trilogy is a work of historical fiction by Amitav Ghosh. It comprises Sea of Poppies (2008), River of Smoke (2011), and Flood of Fire (2015). 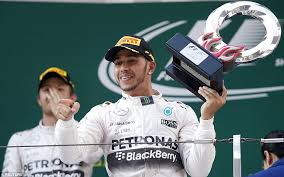 ii. In the final race, while, his team mate Nico Rosberg of Germany stood at the second position, Ferrari driver Sebastian Vettel of Germany was at the third position.

i. The Manchester United became the World’s most valuable brand in the World football with 1.2 billion US dollars. Also, it became the first club to pass the 1 billion US dollar mark.
ii. It was revealed on 8 June 2015 in the study titled Football 50 2015 released by the Brand Finance, a leading brand valuation and strategy consultancy. 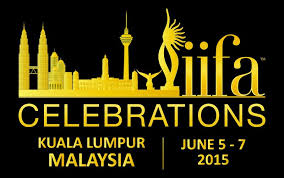 i. The 16th International Indian Film Academy (IIFA) Awards or 2015 IIFA Awards were presented in the first week of June 2015 in Kuala Lumpur, Malaysia.
ii. List of 2015 IIFA Awards

i. The country's low-cost Mangalyaan Mars orbiter mission which is in rendezvous with the Red Planet for an extended period has been presented with the Space Pioneer award for the year 2015 by the US' National Space Society.
ii. Space Pioneer award for the year 2015 was presented to Indian Space Research Organisation (Isro) in the Science and Engineering category during the 34th Annual International Space Development Conference held at Toronto in Canada during May 20-24, 2015, Bengaluru-headquartered Isro said on its website.

i. The National Mission for Clean Ganga (NMCG) and Nehru Yuva Kendra Sangathan (NYKS) on 8 June 2015 signed a 5-year Memorandum of Understanding (MoU) to establish a long-term partnership for the involvement of youth in the abatement of pollution and conservation of the river Ganga.
ii. The MoU aims to involve youth in creating awareness and outreaching public by carrying out afforestation drive for medicinal plants species, promoting sanitation and construction of toilets and educating people for tackling throwing of wastes into the river.

i. Raising the pitch for 'Make in India' initiative, an MoU was signed between IIT-BHU and the Indian Railways on Monday for conducting technological research and developing indigenous raw material for the industry.
ii. A memorandum of understanding (MoU) was signed by IIT-BHU Director Rajeev Sangal and Advisor Railway Board RK Verma in the presence of Union Railway Minister Suresh Prabhu in Varanasi.

i. Legendary Telugu writer Dasaradhi Rangacharya died in Hyderabad on 8 June 2015, after a brief illness. He was 87. 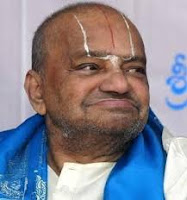 ii. Rangacharya, born on 24 August 1928 in a village in Khammam district, now in Telangana, took part in the armed struggle against the erstwhile Nizam ruler.

i. The Reserve Bank of India said banks that decide to recast a company's debt under the so-called "strategic debt restructuring" (SDR) scheme must hold 51 percent or more of the equity after the debt-for-share conversion. 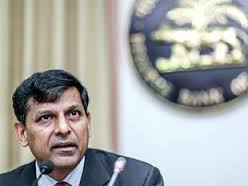 ii. The measure was part of a set of guidelines announced by the RBI on Monday on the SDR scheme, which provides a more flexible process for lenders to recover bad loans.
iii. Other measures announced on Monday includes allowing lenders to convert debt to equity within 30 days of the review of the company's account.

i.  India-born Padmasree Warrior, one of Silicon Valley's high-profile female executives, has stepped down from her post of chief technology officer
ii. Warrior, named last month by Forbes among the world's 100 most powerful women, will move into a strategic advisor role "effective immediately" and will stay on in this new role "through the transition" until September, Cisco said.