Union Cabinet approved Housing for All by 2022 Mission

i. The Union Cabinet on 17 June 2015 gave its approval for Housing for All by 2022 Mission aimed at providing housing facilities to all eligible people in urban areas by 2022. 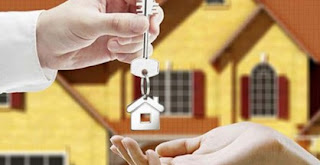 i. The Union Minister of Chemicals & Fertilizers Ananth Kumar on 17 June 2015 launched the Cluster Development Programme for Pharma Sector (CDP-PS) in New Delhi.
ii. The scheme is intended to enhance quality, productivity and innovative capabilities of the Small and Medium Enterprises (SMEs) in the pharmacy sector.

i. The Union Cabinet on 17 June 2015 gave its approval for stepping up of solar power capacity target under the Jawaharlal Nehru National Solar Mission (JNNSM) by five times to 100000 MW (100 GW). The earlier target was producing solar power of 20000 MW by 2022.

ii. With this target, India will become one of the largest green energy producers in the world, surpassing several developed countries.

i. Union Minister for Micro, Small and Medium Enterprises Kalraj Mishra on 15 June 2015 launched a digital Employment Exchange for Industries (EEX) portal eex.dcmsme.gov.in which will connect employers and job seekers. The portal will help in linking Make in India initiative with Skilled India one.
ii. The employers and job seekers can now register at www.eex.dcmsme.gov.in. Nearly, two lakh job seekers have already registered themselves with the EEX.

i. The tunnel, first of its kind in India, will be used to test the fixed-wing, flapping-wing and rotary-wing MAVs in the 500 mm wingspan category.
ii. The project is jointly coordinated by CSIR, the Defence Research & Development Organization (DRDO) and the Department of Science & Technology.

i. The Election Commission of India (ECI) on 16 June 2015 suspended the recognition of National People's Party (NPP) as a state party in Meghalaya. The NPP is headed by former Lok Sabha Speaker PA Sangma.
ii. The decision was taken in lieu of its failure in filing the election expenditure statement related to 2014 Lok Sabha general elections within the prescribed limit of 90 days.

i. Nathu La pass was in news on 16 June 2015 as External Affairs Minister Sushma Swaraj flagged off the first batch of pilgrims for Kailash-Manasarovar yatra that will travel through the pass.
ii. During the yatra, piligrims visit Mount Kailash, which Hindus believe as the abode of Lord Shiva, and the Manasarovar Lake located in the south-western corner of Tibetan Autonomous Region (TAR) of China.
iii. Nathua La pass is located on the Sikkim-Tibet border. The pass was closed by Chinese authorities in 1962 following a war between the two countries.

i. The book is an Urdu translation of Mohammed Iqbal’s writing in English tilted Stray Reflections.
ii. The book contains old jottings based on Iqbal’s impressions of the books he was reading at that time, his thoughts and feelings about the environment in which he lived, and reminiscences of his student days.

i. The book is in Chinese language & was in news on 16 June 2015 as one copy of the book was given to Vice-President M Hamid Ansari. Tarun Vijay is a BJP Member of Parliament and a journalist. 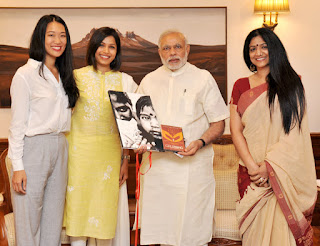 ii. The book was published in July 2014 by Sichuan University’s South Asia Study Centre. The book is a biography based on the life and economic vision of Narendra Modi.

i. Prime Minister Narendra Modi on 15 June 2015 launched a book titled Education of Muslims: An Islamic Perspective of Knowledge and Education – Indian Context edited by Professor JS Rajput.
ii. The book is aimed at informing and educating policy-makers, scholars and readers about role of Islam in pursuit of education and knowledge.

"Recasting India: How Entrepreneurship is changing the World's Largest Democracy" - Hindol Sengupta
i. In the book the author explains emergence of new class of entrepreneurs in India, in recent times, especially from geographically and socially disadvantage spaces.
ii. In February 2015, the book was shortlisted for one of the world's most renowned prizes in economic writing, the Hayek Book Prize, given by the USA based Manhattan Institute.
iii. He became the youngest writer ever, at 34, to be nominated for the prize and the first ever from India. 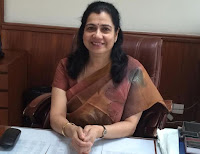 i. Archana Ramasundaram was on 17 June 2015 appointed as the Director of National Crime Records Bureau (NCRB), New Delhi. Ramasundram is an IPS officer of 1980-batch of Tamil Nadu cadre.
ii. Appointments Committee of the Union Cabinet on 17 June 2015 approved her posting to NCRB by curtailing her tenure as Additional Director of the CBI, New Delhi.

i. Veteran leader of Nationalist Congress Party (NCP) Sharad Pawar was on 17 June 2015 re-elected as the President of the Mumbai Cricket Association (MCA).
ii. Former Indian cricketer Dilip Vengsarkar along with Ashish Shelar was elected as Vice-President of the MCA.

i. Senior IAS officer G Gurucharan was on 17 June 2015 given additional charge as Director General, Bureau of Indian Standards (BIS) for three months.
ii. Gurucharan is a 1982-batch IAS officer of Karnataka cadre. Presently, he is serving as an Additional Secretary in Department of Food and Public Distribution.

i. The United Nations General Assembly (UNGA) on 15 June 2015 elected Denmark's Mogens Lykketoft as its President for its upcoming 70th session in September 2015.
ii. He will have tenure of one year and succeeds Uganda's Sam Kutesa to preside over the 193-member body.

i. Yadav succeeded PK Purwar, who was given additional charge of the post after company’s CMD AK Garg retired on 30 May 2014.
ii. Setup on 1 April 1986 by the Union Government, MTNL is the principal provider of fixed-line telecommunication service in the two Metropolitan Cities of Delhi and Mumbai. 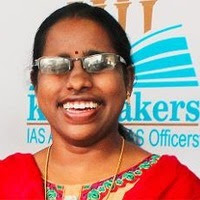 i. Chennai’s NL Beno Zephine on 12 June 2015 became the first 100 percent visually-challenged person to be inducted into the Indian Foreign Services (IFS).
ii. At the time of being named as IFS officer, Beno was serving the State Bank of India as a probationary officer. She is a postgraduate in English from Madras University.

i. The term Magna Carta was in news on 15 June 2015 as the Queen Elizabeth II of the UK inaugurated a ceremony to mark the 800th anniversary of Magna Carta.
ii. The ceremony took place at Runnymede near London where King John II sealed the original accord on 15 June 1215.


Comet lander Philae woke up after seven months of hibernation

i. Rosetta's lander Philae woke up after seven months in hibernation on the surface of Comet 67P/Churyumov-Gerasimenko. It is the first spacecraft in the space history to land on a comet.
ii. It was developed and launched as part of the European Space Agency’s (ESA) Rosetta mission.

i. The transport ministers of four countries including the Union Minister of Road Transport and Highways Nitin Gadkari signed the agreement.

i. Online marketplace Snapdeal.com on 15 June 2015 acquired Letsgomo Labs, a mobility solutions company for an undisclosed sum.
ii. With this acquisition, Snapdeal will strengthen its position in mobile commerce as online consumers in India are increasingly choosing to shop over their phones.

i. India’s renowned contemporary architect Charles Correa on 16 June 2015 passed away following a brief illness in Mumbai. He was 84. He led the creation of architecture for post-Independence India.
ii. He designed the famous monuments and buildings of the nation ranging from Mahatma Gandhi Memorial Museum in Ahmedabad; Madhya Pradesh Legislative Assembly in Bhopal; National Crafts Museum, New Delhi; Bharat Bhavan, Bhopal and British Council, Delhi.

Theme - "Thank you for saving my life”
i. The campaign aims to highlight stories from people whose lives have been saved through blood donation.
ii. The World Blood Donors Day (WBDD) was established in 2004 to raise awareness of the need for safe bold and blood products, and to thank donors for their voluntary, life-saving gifts of blood.

India’s trade deficit in May 2015 narrowed to 10.4 billion US dollars

i. The International Boxing Association (AIBA) on 16 June 2015 constituted a five-member ad-hoc committee to manage the process of finding a group to organise and run boxing in India.
ii. Kishan Narsi, an international referee who officiated in four Olympics was appointed as the Chairman of the committee. He has been the Vice-Chairman of Executive Committee of AIBA.

i. Spaniard Rafael Nadal on 14 June 2015 won the singles final of the ATP’s Stuttgart Open. In the final match in Germany, Nadal defeated Serbian Viktor Troicki 7-6, 6-3.
ii. It was Rafael Nadal’s third Stuttgart Men’s single title; the previous two were won in 2005 and 2007 respectively. With this victory he also became first tennis player to win titles at the event on both clay and grass surface. 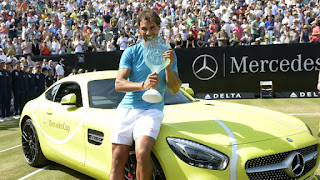 i. Sunil Chhetri on 16 June 2015 became the first Indian footballer to score 50 international goals.
ii. He achieved the fete during India's second match of the second round of qualifiers for 2018 football World Cup qualifying group match against Guam at the Guam National Football Stadium.

i. The Agreement will facilitate visa-free travel for holders of diplomatic passport of one country while entering into, transiting through, exiting from or staying for up to 90 days in the territory of the other country with additional safeguards.
ii. Union Cabinet chaired by Prime Minister Narendra Modi on 17 June 2015 approved the agreement between India and Spain on abolishing visa requirements for the holders of diplomatic passports.