Commemorations of the 200th anniversary of the Battle of Waterloo concluded

i. 200th anniversary of the Battle of Waterloo concluded on 20 June 2015. The anniversary that began on 18 June 2015 concluded with a re-enactment of the moment when the news of the allied victory reached London. 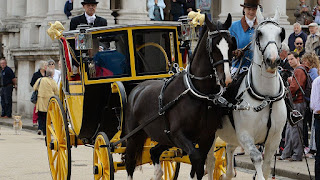 ii. The anniversary was celebrated to remember the June 1815 battle in which Napoleon’s French army was defeated by Duke of Wellington’s allied forces of British, Dutch, Belgian and German soldiers.

i. India by celebrating the first International Yoga Day in Rajpath, New Delhi created two Guinness World Records (GWRs) on 21 June 2015.
ii. The two records include participation of most individuals and individuals from the largest number of nationalities performing asanas at a single venue. 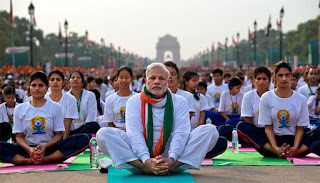 iii. Around 36 thousand participants performed asanas and 84 nationalities joined the official observation of International Yoga Day at Rajpath in New Delhi. The celebration at Rajpath was led by Prime Minister Narendra Modi who termed the venue as Yogpath.

i. Shiromani Gurdwara Parbandhak Committee (SGPC) celebrated the 350th foundation day of Shri Anandpur Sahib from 17 June to 19 June 2015 at Takht Sri Kesgarh Sahib located in Anandpur Sahib in Punjab.
ii. The holy city was founded by the 9th Guru of the Sikhs, Guru Tegh Bahadur in 1665.

i. Union Ministry of Finance on 5 June 2015 constituted a Task Force on Financial Redress Agency (FRA). The 10-member task force will be headed by Dhirendra Swarup who served as the first chairman of the Pension Fund Regulatory and Development Authority (PFRDA) in 2004.
ii. The Task Force was set up to begin the preparatory work for FRA that was recommended by the Financial Sector Legislative Reforms Commission (FSLRC). FRA would act as a unified redress agency for financial consumers across the country.

i. Scientists in third week of June 2015 named a newly discovered galaxy after Portuguese football player Cristiano Ronaldo. The galaxy was labeled as CR7 (COSMOS Redshift 7).
ii. CR7 is three times brighter than the brightest distant galaxy known till now, called Himiko. This brightest galaxy was discovered in the early universe that contains the first generation of stars.

i. China on 19 June 2015 launched the world’s first electric passenger aircraft named BX1E that could be used in pilot training, tourism, meteorology and rescue operations. 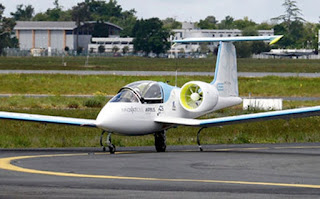 ii. The aircraft was designed together by Shenyang Aerospace University and Liaoning General Aviation Academy located in the northeastern Liaoning Province of China.

i. Former Turkish President Suleyman Demirel died on 17 June 2015 following a heart failure and a respiratory tract infection.
ii. He was 90. Demirel was one of the dominant figures in Turkey's politics for over half a century.

i. Former Indian women hockey captain Shashi Bala and her son Agrim Thakur died in a road accident at the Ropar-Nawanshahr-Phagwara area of National Highway 344-A in Punjab on 21 June 2015.
ii. 45-year-old Bala made her international debut in 1987 and captained national hockey team during the 1997 FIH Women World Cup Qualifier held in Harare, Zimbabwe.

Jordan Spieth of US won US Open of Golf

i. Jordan Spieth won the US Open at Chambers Bay on 21 June 2015. The win was his second straight major title of 2015 after he won the Masters Tournament at Augusta National, US in April 2015.
ii. He closed with a 69 for a five-under total of 275, one shot ahead of fellow American Dustin Johnson (70) and South African Louis Oosthuizen (67). 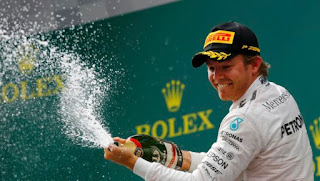 ii. While his teammate Lewis Hamilton of Britain stood at the second position, Felipe Massa of Brazil representing the Williams team was at the third position.

i. Swiss tennis ace Roger Federer won the 2015 Gerry Weber Open tennis title on 21 June 2015 at the Gerry Weber Stadium in Halle, Germany.
ii. In the summit clash, he defeated Andreas Seppi of Italy 7-6 (1), 6-4 to claim the title for record eighth time.

i. Serbia won the FIFA U-20 World Cup by defeating Brazil on 21 June 2015 at the final match held at the North Harbour Stadium in Auckland, New Zealand.
ii. Nemanja Maksimovic scored a 118th minute goal to give Serbia a 2-1 victory over Brazil in extra time.

i. Britain’s Andy Murray on 21 June 2015 won the men’s singles of the Aegon Championships at the Queen’s Club in West Kensington, England.
ii. This was his fourth Queen’s title and the previous were won in alternate years, that is, 2009, 2011 and 2013.

i. The book is devoted to the life and work of former Pakistani Prime Minister Benazir Bhutto (1953-2007).
ii. The book is based on Bhutto's own books, articles and speeches and on the author's interviews with her close friends and colleagues.

"Beyond Doubt: A Dossier on Gandhi's Assassination" written by Teesta Setalvad

i. It was compiled and introduced by Indian civil rights activist Teesta Setalvad and published by Tulika Books.
ii. It is a collection of archival documents of the government and translation of works in Marathi, Guajarati and Hindi related to assassination of Mahatma Gandhi on 30 June 1948.

Sanjay Subrahmanyam selected for Sangitha Kalanidhi award for the year 2015 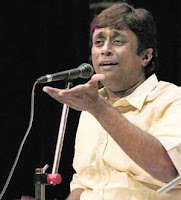 i. Renowned carnatic vocalist Sanjay Subrahmanyam was on 21 June 2015 selected for the Sangitha Kalanidhi award of the Madras Music Academy.
ii. The decision to award Subrahmanyam was taken at a meet of the Executive Committee. Vocalist Subrahmanyam, one of the foremost south Indian classical vocalists, will receive the award on 1 January 2016.

i. India was placed at 61st position in terms of foreigners’ money in Swiss banks. This was revealed by latest data released by Swiss National Bank (SNB), the central bank of Switzerland, in the fourth week of June 2015.
ii. Indians' money in Swiss banks declined by over 10 percent to about 1.8 billion Swiss francs (1.98 billion US dollars or 12615 crore rupees) in 2014.