i. Union Ministry of Finance on 22 June 2015 issued draft proposals for facilitating electronic transactions in the country. E-transactions mean authorization of transfer of money through electronic means and flow of funds directly from one account to another.
ii. The goal of the proposed policy is to provide the necessary incentives to use E-transactions to replace the use of cash - either in government transactions, or in regular commerce over a period of time through policy intervention.

i. The Centre today launched the country's first modernised anganwadi centre at Hasanpur village in Sonepat, which will be replicated at 4,000 other places and is likely to change the face of government's 40-year-old children and women-oriented scheme. 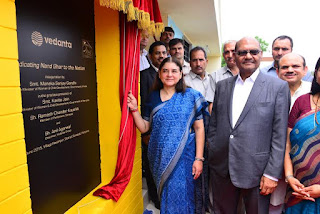 ii. The Sonepat facility, built in partnership with private mining firm Vedanta at a cost of Rs. 12 lakh, is part of Central government's Nand-Ghar Yojna that aims at transforming the anganwadis centers, which accommodate around 50 children in daytime every day, by making them equipped with latest facilities.

i. To aid National Mission for Clean Ganga, the Union Water Resources Minister Uma Bharti on 23 June 2015 launched Bhuvan Ganga mobile application and a web portal.
ii. The app will allow people to upload pictures of pollution sources of river Ganga for further action by the concerned authorities.
iii. The application and web portal was launched after a Memorandum of Understanding (MoU) was signed between the National Mission for Clean Ganga and the National Remote Sensing Centre (ISRO).

i. Rajasthan topped the list of states commissioning grid connected solar power projects in the country with an installed capacity of 1147 megawatt. The list was released by the Union ministry of New and Renewable Energy on 4 June 2015.
ii. Gujarat, which remained the undisputed leader in solar energy generation till 2014, came second with an installed capacity of 1000MW.

i. Senior BJP leader and Lok Sabha MP from Madhya Pradesh Dileep Singh Bhuria, one of the prominent tribal faces of the party, passed away after a brief illness at a hospital in Gurgaon on Wednesday. 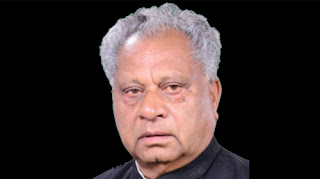 ii. Mr Bhuria suffered a heart attack around a fortnight ago during a programme in his Parliamentary constituency Ratlam-Jhabua. He was initially admitted to a private hospital in Indore and later shifted to super speciality Medanta Hospital in Gurgaon. 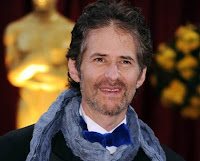 i. Oscar winning music composer James Horner died at the age of 61 in a plane crash near Santa Barbara on Monday. Horner was piloting the small aircraft when it crashed into a remote area about 60 miles north of Santa Barbara, officials said.
ii. Horner won two Oscars for the music of Titanic and scored for other blockbusters like Avatar, Braveheart, and A Beautiful Mind.

i. Gunther Schuller, a horn player, educator and Pulitzer Prize-winning composer who was the leading proponent of the Third Stream movement fusing jazz and classical music, died Sunday at age 89.
ii. Mr. Schuller, who was born on Nov. 22, 1925, in New York, came from a family of classical musicians. His grandfather was a conductor in Germany and his father was a violinist with the New York Philharmonic.

i. Sister Nirmala Joshi, who succeeded Mother Teresa as the head of Missionaries of Charity, died on 22 June 2015 following a prolonged illness in Kolkata.
ii. She was 81. Sister Nirmala's life was devoted to service, caring for poor and underprivileged.

i. Benni Joseph Mavelil, a UK-based philanthropist, was on 21 June 2015 selected for the VK 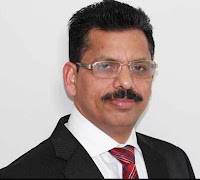 Krishna Menon Award in recognition of his outstanding professional and altruistic achievements, contributions and services to the community and wider multicultural society.

ii. Mavelil, President of the UK Knanaya Catholic Community, will receive the award at a function hosted by the VK Krishna Menon Institute in 2015.
iii. The VK Krishna Menon award is given to outstanding Indian patriots who served in the Diaspora and have been distinguished in various fields including science, literature, business, politics, diplomacy and philanthropy.

i. Three Indians on 22 June 2015 won the inaugural Queen's Young Leaders Award in the UK for taking the lead in transforming the lives of others and making a lasting difference in their communities. These winners are Ashwini Angadi, Devika Malik and Akshay Jadhao.
ii. These three Indians are among 60 others who received the Queen's Young Leaders award from the British monarch at a gala ceremony in Buckingham Palace.

"Red Tape to Red Carpet... and then some" written by Gina Rinehart released

i. Book titled Red Tape to Red Carpet... and then some authored by Gina Rinehart was released on 23 June 2015. Rinehart is Chairperson of the Australian mining company Hancock Prospecting Group. 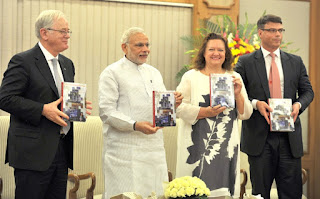 ii. The book highlights the industry of Red Tape which thrives on doubt and Red Carpet which is built on trust.

i. The Board of Financial Benchmarks India Private Limited (FBIL) on 22 June 2015 decided to adopt FBIL overnight Mumbai Inter-Bank Offer Rate (MIBOR) from 22 July 2015.
ii. FBIL overnight MIBOR is a new method to set the overnight interest rate benchmark that will be based on traded levels instead of contributions from market participants.

i. The Securities and Exchange Board of India (SEBI) on 23 June 2015 relaxed the norms for technological start-ups to raise funds from the capital market while easing the norms for issuance of Initial Public Offering (IPO) by companies.
ii. It reduced the post-listing lock-in period for tech start-up promoters to six months, instead of three years for other IPOs.
iii. the exchanges will have a separate platform for the start-ups that is Institutional Trading Platform (ITP) and it will facilitate capital raising as well for start-ups.
iv. SEBI also reduced the requirement of market capitalisation of public shareholding of the issuer for Fast Track Issues (FTI) from 3000 crore rupees to 1000 crore rupees in case of Follow on Public Offering (FPO) and to 250 crore rupees in case of Rights issue.

EPFO made UAN mandatory for all employers under Employee Provident Fund Act, 1952

i. Employee Provident Fund Organisation (EPFO) on 22 June 2015 notified an order to make Universal Account Number (UAN) mandatory for all employers covered under the Employees Provident Funds and Miscellaneous Provisions Act, 1952.
ii. The UAN facility that remains portable throughout the lifetime of an employee was launched by Prime Minister Narendra Modi on 1 October 2014. The deadline for completing the formalities of UAN is August 2015. 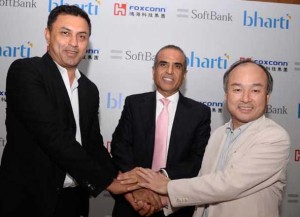 i. India on 22 June 2015 decided to be a partner country in the major Industrial Fair named INNOPROM 2016 to be held at Yekaterinburg, Russia in July 2016. India accepted the invitation extended by the Russian Government in December 2014.
ii. This acceptance of invitation was conveyed to Minister of Industry and Trade of Russian Federation Denis Manturov by Union Minister of State (Independent Charge), Commerce & Industry Nirmala Sitharaman during a bilateral meeting held at St. Petersburg on 19 June 2015. 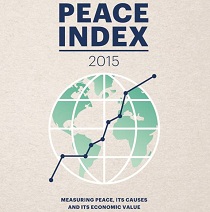 i. Institute for Economics and Peace (IEP) on 16 June 2015 released the Global Peace Index (GPI) 2015. The GPI 2015 measured peace, its causes and its economic value during 2014.
ii. It measured peace for 162 countries constituting 99.6 of the world population. Among these 162 countries, India was placed at the 143rd position, the same as 2014.
iii. Iceland is the most peaceful country, followed by Denmark and Austria at second and third positions, respectively.