i. The Union Cabinet on 24 June 2015 approved the setting up of a National Memorial at the birth place of Lok Nayak Jai Prakash Narayan. Lok Nayak was born at Lala Ka Tola, Sitab, Diara in Chhapra (Saran) district of Bihar on 11 October 1902.
ii. The memorial will contribute in furthering the vision of Lok Nayak who was an exemplary leader of Indian independence movement, a freedom fighter and a social reformer.

i. Two-day long annual Hemis festival dedicated to the Guru Padmasambhava began on 26 June 2015 in largest monastery of Ladakh Hemis Gompa (monastery) of Jammu and Kashmir.

ii. Hemis festival is celebrated to mark the birth anniversary of Guru Padmasambhava. During this festive season, Lamas called 'chhams,' perform masked dances and sacred plays to the accompaniment of cymbals, drums and long horns. 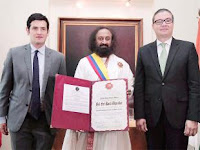 i. With an enhanced security feature, currency notes of Rs. 100 denomination would now come with numerals in ascending size in the number panels, Reserve Bank said today. 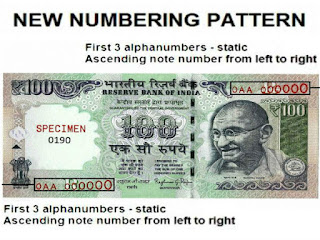 ii. Now the numerals in both the number panels of these banknotes will be in ascending size from left to right, while the first three alphanumeric characters (prefix) will remain constant in size, RBI said in a release.

According to the report
i. Net non-performing advances (NNPAs) ratio of PSBs increased from 3.1 per cent to 3.2 per cent.
ii. PSBs recorded the highest level of stressed assets at 13.5 per cent of total advances as of March 2015.

i. Earlier, AD Cat-I Banks were allowed to borrow from IFIs/MFIs for a short period in 2013 with prior permission from the RBI on a case-by-case basis.
ii. In contrast, as per the recent notification, the banks can borrow without any such prior approvals from the RBI.

i. The Reserve Bank of India (RBI) on 25 June 2015 extended the date to exchange pre-2005 bank notes till 31 December 2015.
ii. Soliciting cooperation from members of public in withdrawing these banknotes, it also urged them to deposit the old design notes in their bank accounts or exchange them at a bank branch convenient to them.

Theme - "Let’s Develop our Lives, our Communities, our identities without Drugs".
i. This important day was created by the United Nations General Assembly on 7 December 1987 to help create a society free of illegal drugs and drug abuse.  Each year the United Nations Office on Drugs and Crime (UNODC) selects a theme for the day.
ii. The day is observed internationally by various countries by spreading awareness about Drug Abuse and Illicit Trafficking through events and programmes.

i. A team of scientists led by Indian-American Debashis Chanda from University of Central Florida (UCF) developed a nature-inspired technique for creating the world's first full-colour, flexible thin-film reflective display.

ii. This technology can help you switch your dress colour to a different colour in the blink of an eye, if someone at a wedding reception is wearing the same dress as yours.

i. Former Russian Prime Minister Yevgeny Primakov, whose career included journalism, diplomacy and spycraft, has died at age 85.
ii. He entered the Soviet parliament in 1988 and chaired the chamber from 1989-90. He was made head of the Foreign Intelligence Service (SVR) and was appointed foreign affairs minister in January 1996. President Boris Yeltsin appointed Mr Primakov prime minister in September 1998. 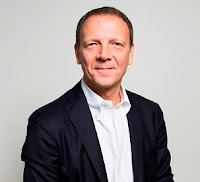 i. Colella, who is currently the global head of Ericsson’s consulting and systems integration business, succeeds Chris Houghton who will assume the role of head of North East Asia region.
ii. Ericsson leads in mobile broadband technologies and managed services in India. Ericsson has over 21,000 resources in India and offices across 38 locations.

i. Reigning Asian champion shot putter Inderjeet Singh and 800m specialist Jinson Johnson bagged a gold each to contribute to India's 10-medal haul in the second leg of the Asian Grand Prix Athletics Series, on Thursday at Pathum Thani (Thailand).
ii. Overall, the Indians finished with three Gold, two Silver and five Bronze medals to better their tally from eight in the first leg held at Bangkok.

Satnam Singh becomes the first Indian to be picked for NBA

i. Satnam Singh Bhamara became the first Indian basketball player to be drafted in the National Basketball Association (NBA) after being picked by Dallas Mavericks here. 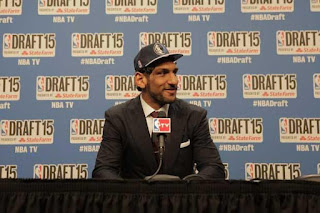 ii. The 19-year-old, who hails from a remote village in Punjab and stands 7 feet 2 inches tall, was the 52nd pick in the NBA Draft.