Microsoft agreed to set up Digital Village in Maharashtra

i. Microsoft agreed to provide technology support for health care services in remote tribal areas; it will setup a pilot project at Melghat in Amravati district in this regard. Microsoft has adopted Melghat village. 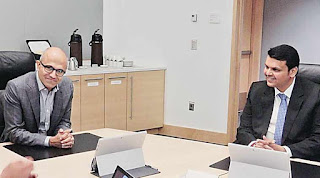 ii.  Microsoft agreed to set up a cyber-security centre at Pune. Microsoft is also looking to develop 'Safe Maharashtra' mobile application which would track vulnerable people so as to provide security.

i. Women candidates have bagged all the three top slots in the Union Public Service Commission (UPSC) examination to select IAS and IPS officers among others.
ii. Ira Singhal has topped the examination followed by Renu Raj and Nidhi Gupta, who have secured second and third positions respectively, according to the results announced by the UPSC on Saturday.

Adani Group to set up solar park in TN for Rs 4,536 crore

i. Business conglomerate Adani Group has proposed to set up a solar park in Tamil Nadu tipped to be among the world's largest at an outlay of Rs 4,536 crore.
ii. State-run TANGEDCO (Tamil Nadu Generation and Distribution Corporation) and Adani Group signed an agreement today in the presence of Chief Minster J Jayalalithaa.

i. He will be awarded the prize in October 2015 during the Borlaug Dialogue International Symposium at Des Moines in Iowa, the USA.
ii. Sir Abed has been recognized for his decades of service to human development and through building Bangladesh Rural Advancement Committee (BRAC) that operates in 10 countries around the world.

iii. He was selected for the coveted award by the Selection Committee for the World Food Prize headed by eminent Indian agricultural scientist Prof MS Swaminathan. 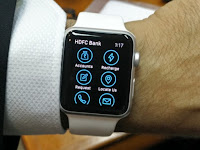 i. HDFC Bank has become the first bank in India to launch Watch Banking for Apple Watch.
ii. It aims to provide banking services through all wearable devices across platforms like iOS and Android.

i. Three scientists of Indian origin have been elected as Fellows and Foreign members of the 450-year-old Royal Society of London.
ii. Professor of Biology Kamal Bawa, physicist Ajay Sood and molecular biologist John Kuriyan will be inducted to the society on July 10.

i. Former Chief Justice of India Y K Sabharwal passed away here last evening. 73-year-old Justice Sabharwal is survived by two sons Chetan and Nitin. The cremation will take place on Saturday.
ii. Justice Sabharwal was CJI from November 1, 2005 to January 13, 2007. He was elevated as an additional judge of the Delhi High Court in 1986 and became its permanent judge in April 1987.

i. BSNL launched a pre-paid card linked mobile wallet service on Friday which allows customers to transfer cash, pay for services as well as withdraw cash of up to Rs 1 lakh. 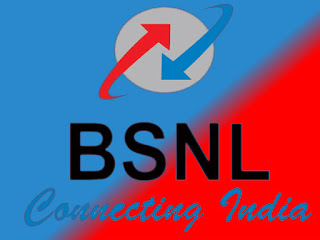 ii. The wallet service, Speed Pay, allows a customer to load money even if he does not have a bank account. The money loaded in the wallet can be transferred to an account and even withdrawn at branches or at BSNL outlets.

i. United Nations Children's Fund (UNICEF) and the World Health Organization (WHO) on 30 June 2015 released the report titled Progress on Sanitation and Drinking Water: 2015 Update and MDG Assessment. The report has been prepared by WHO/UNICEF Joint Monitoring Programme for Water Supply and Sanitation (JMP).
ii. Although, India has met the MDG target in drinking water but in sanitation it has only made a moderate progress. India is among the 16 countries that have reduced open defecation rates by at least 25 percentage points i.e. 31% (in India).