i. The Adani group on Saturday entered into an agreement with Tamil Nadu government to set up a nearly 650 MW solar power park at Ramanathapuram-Kamudhi belt with an estimated investment of Rs 4,536 crore. 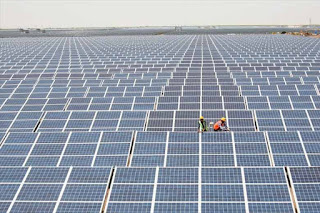 i. Agartala is set to become the third international internet gateway in the country after Mumbai and Chennai.
ii. Union telecom minister Ravi Shankar Prasad will launch the India-Bangladesh bandwidth connectivity programme in Agartala on July 10.

i. C-DOT, the research and development institute of the department of telecommunications, will next week launch four broadband products developed to fast forward the Digital India initiative.
ii. The products, which includes long distance Wi-Fi system, solar-powered Wi-Fi system, 100 Gbps optical fibre cable (OFC) link and C-DOT’s next generation network (NGN) in MTNL network, will be launched by Communications Minister Ravi Shankar Prasad on July 6 as a part of the Digital India week. 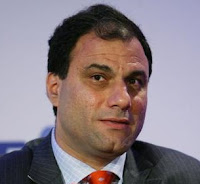 i. Leading NRI entrepreneur Lord Karan Bilimoria has been awarded as the International Indian of the Year for 2014-15 for his outstanding achievements in the fields of business and education.
ii. India's Deputy High Commissioner to the UK, Virender Paul presented the award to Lord Bilimoria at a gala ceremony in London over the weekend was organised by monthly publication India Link International.

i. People of Greece rejected the creditor’s demand for more austerity in exchange of extension of bailout package (15.5 billion Euros) in a historic referendum on 5 July 2015.
ii. The creditors include the troika of European Central Bank (ECB), European Union (EU) and International Monetary Fund (IMF). 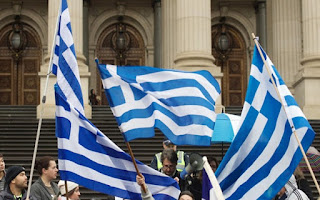 iii. 61.31 percent voted ‘No’ as compared to 38.69 percent ‘Yes’ for the referendum that demanded for more austerity in return for rescue loans.

i. The Champagne Hillsides, Houses and Cellars of France were on 5 July 2015 granted with the World Heritage Status by United Nations Educational, Scientific and Cultural Organization (UNESCO).
ii. Besides, another cultural site in France – The Climats, terroirs of Burgundy – was declared as World Heritage Site.

i. President of Tunisia Beji Caid Essebsi on 4 July 2015 declared state of emergency in the country for 30 days.
ii. The decision was taken against the backdrop of Islamic State of Iraq and Syria (ISIS) gun attack on 26 June 2015 on Hotel Riu Imperial Marhaba on the Mediterranian coast and calls for more such attacks by the militant organisation during the holy month of Ramadan.

i. Hollywood actress Diana Douglas died on 3 July 2015 at the Motion Picture Hospital in Woodland Hills after battling with cancer. She was 92.
ii. She went on to take roles in television series such as Naked City, The Waltons, Ben Casey, The Streets of San Francisco and The Paper Chase.

i. Renowned Urdu novelist from Pakistan Abdullah Hussain died on 4 July 2015 in Lahore after battling with blood cancer. He was 84.He is survived by his wife, a son and a daughter.
ii. He authored the bestseller and critically acclaimed novel Udas Naslain, it is considered as a masterpiece of Urdu literature. His other famous novels are Baagh, Nadaar Loag and short stories Faraib and Nashaib. Hussain was also awarded with the Prime Minister's Lifetime Achievement Award in 2015 for his work.

i. State-owned Corporation Bank on Saturday launched MUDRA (Micro Units Development and Refinance Agency) Card for small enterprises, based on the RuPay platform. The bank is the first to launch the MUDRA Card. 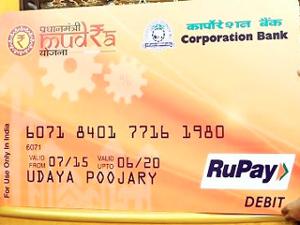 i. The bank has become the first lender to launch immediate payment service (IMPS) through branches for its retail and corporate customers by integrating the platform to its core banking solution.
ii. The digital passbook or M-passbook feature will enable customers to view account statement on mobile. The bank also launched a missed call facility through which customers can give a miss call to know the account balance.

i. Chile won the Copa America for the first time in its history after a dramatic penalty shootout against Lionel Messi's Argentina in the final in Santiago Saturday. 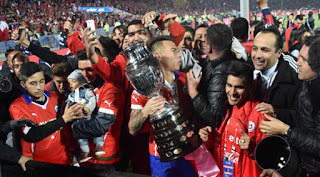 ii. Messi was the only Argentine to convert his kick, but Chile was successful with all its four, the clinching effort from Alexis Sanchez sparking wild scenes of celebration in the Estadio Nacional.

i. United States of America (USA) on  July 2015 won the FIFA Women’s World Cup. In the final played at Vancouver, Canada, US defeated Japan, 5-2.
ii. This was third world cup title for the USA and first since 1999. In the semi-finals, while US defeated Germany, 2-0, Japan beat England, 2-1. The player of the match was Carli Lloyd of US. 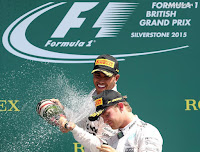 i. Mercedes driver Lewis Hamilton of Britain on 5 July 2015 secured the 2015 Formula 1 British Grand Prix title by winning the final race held at the Silverstone Circuit in Northamptonshire, England.
ii. While his team Nico Rosberg stood second, Ferrari driver Sebastian Vettel was in the third position. Both the drivers belong to Germany.