i. A delegation of Tata executives led by its Chairman Emeritus Ratan Tata will sign three Memorandum of Understanding (MoU), a government official has said.
ii. Chief Secretary Y P Singh said an MoU would be signed with the department of Industries and Commerce for providing higher technological know-how to two Industrial Training Institutes (ITI) in West Tripura district and Dhalai district.
iii. The second MOU would be signed for setting up a dairy farm at Ambassa in Dhalai district and another MoU would be signed for augmenting fish production in the state, he said.

i. India has overtaken the U..S to become the third-largest steel producer in the world with a production of 14.56 million tonnes (MT) in first two months of the year.
ii. Data compiled by World Steel Association (WSA) showed that the country's production growth was the highest during the January-February period at 7.6% as compared to the global average of just 0.6% at 127.6 MT.

i. After a gap of two years, the government today hiked the minimum wage for workers by Rs. 23 to Rs. 160 a day. The increased wages will be applicable from July 1.
ii. In a statement, Minister of State for Labour and Employment Bandaru Dattatraya said the decision to revise upwards the National Floor Level Minimum Wage (NFLMW) has been taken in view of the increase in retail inflation for industrial workers. 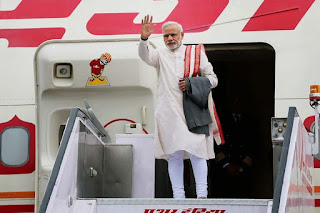 i. Prime Minister Narendra Modi on Monday left on an eight-day visit to five Central Asian countries as also Russia, aiming to enhance strategic, economic and energy ties besides attending Summits of BRICS and Shanghai Cooperation Organisation (SCO).
ii. The Prime Minister's visit will start with Uzbekistan from where he will go to Kazakhstan on Tuesday. He will then travel to Russia on July 8, before flying to Turkmenistan on July 10, Kyrgyzstan on July 11 and Tajikistan on July 12.
iii. The SCO Summit, to be held in Ufa in Russia, may see India getting the membership of the six-nation grouping comprising China, Russia, Kazakhstan, Kyrgyzstan, Uzbekistan and Tajikistan, which could be a major highlight of the visit. 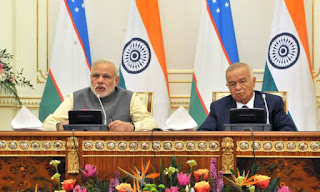 i. India and Uzbekistan on 6 July 2015 released a Joint Statement (JS) to intensify security cooperation and exchanges.
ii. The JS was released during Prime Minister Narendra Modi’s official visit to Uzbekistan from 6 July to 7 July 2015. He visited Uzbekistan on the invitation of the President of Uzbekistan Islam Karimov.

i. India and Uzbekistan on 7 July 2015 signed three agreements to deepen bilateral cooperation between the two nations. The agreements were inked during the two-day visit of Prime Minister Narendra Modi to Uzbekistan from 6 July to 7 July 2015.
ii. The agreements are
• Intergovernmental agreement on cooperation in the field of tourism
• Protocol on Cooperation between the Ministry of Foreign Affairs, Uzbekistan, and Ministry of External Affairs, India was inked.
• Agreement on Intergovernmental Programme of Cultural Cooperation for 2015-17

"37 Bridges and Other Stories":- Aamer Hussein
i. Book 37 Bridges and Other Stories authored by a noted Pakistani author Aamer Hussein book is a new collection of his stories. The book was released on 15 March 2015.
ii. The author through the book highlights the matter of identity with respect to both the Hindu and Muslim. Further, the book identifies itself with Hussein’s identity who is a British citizen born to a Pakistani father and an Indian mother both of whom later settled in Britain.

"India Central Asia Relations: The Economic Dimension":- Amiya Chandra
i. The book focuses on the economic dimensions of the ties. The author through the book wants to say that India can compete with China if it focuses on quality instead of quantity and improves credit line.
ii. The book also says that for that purpose, India will have to seriously take forward the trade disputes.

i. Under the terms of the deal, Infosys will provide services like development, application maintenance, digital and mobility, package implementation and testing services across the Deutsche Bank Group.
ii. Deutsche Bank’s Supplier Partnership Program was successfully launched in June 2014 to concentrate the most strategic vendors based on business impact across all categories of the bank.

i. Jerome Charles Weintraub, the legendary producer who produced Ocean’s Eleven, died on 6 July 2015 following cardiac arrest in a Santa Barbara hospital, California. He was 77.
ii. Weintraub was an executive producer of HBO’s comedy show The Brink. He worked with everyone from Elvis Presley and Frank Sinatra to Led Zeppelin and George Clooney.

i. The Film Society of Jodhpur was on 7 July 2015 conferred with the Pritiman Sarkar Award 2014-15 for the consequent fourth time for being the best film society in Northern Region in raising awareness and film appreciation.
ii. The society screened 24 films of different times, culture and languages for Incredible Journey of Indian Cinema. These screenings included the films as old as Raja Harishchandra.

i. Rahul takes over from Manoj Kohli, who has assumed the role of Executive Chairman, SBG Cleantech - a JV between SoftBank, Bharti and Foxconn for renewable energy.
ii. His last assignment was with PepsiCo, where he worked for over 19 years in various senior-level positions across geographies. 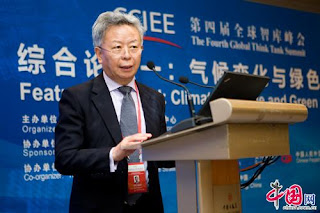 i. Former Finance Minster of China Jin Liqun was in news as on 6 July 2015 he was nominated by China to be the first president of the Beijing-backed Asian Infrastructure Investment Bank (AIIB).
ii. At present, Jin (65) is Secretary General of AIIB's interim secretariat. Earlier, he has held positions at the World Bank and was the first Chinese national to serve as a vice president at the Japan-controlled Asian Development Bank (ADB).