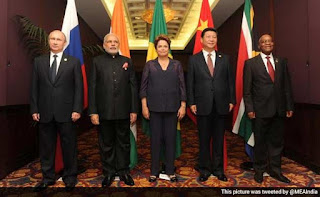 Besides the BRICS summit level meeting, the leaders held a summit with the members of Shanghai Cooperation Organisation (SCO) and the Eurasian Economic Union (EEU).

Climate Change to be the theme of Science Express in 2015

i. Climate Change was announced as the theme of 2015 Science Express. This was announced during the first meeting of Science Express Climate Change Special (SECCS) chaired by Union Minister of Science and Technology Dr Harsh Vardhan on 8 July 2015 in New Delhi.
ii. The meeting was held to decide the overall contours of the theme and elicit suggestions from volunteers and experts involved in the running of the Express.

Indian Army dedicated Prerna Sthal at Hussainiwala to the nation 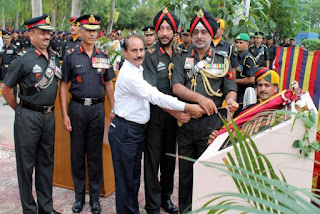 i. Indian Army on 8 July 2015 dedicated the monument named Prerna Sthal at Hussainiwala to the nation. The commemorative monument was built to honour the sacrifice of soldiers of India.
ii. The newly constructed Prerna Sthal is located at the gateway of the memorial to Shaheed Bhagat Singh at Hussainiwala, a village in Firozpur district of Punjab, India, where Bhagat Singh, Sukhdev and Rajguru were cremated on 23 March 1931.

i. Union Railway Minister Suresh Prabhu on 8 July 2015 launched a mobile ticketing app for unreserved tickets that will cover 35 stations between the 123 km long Churchgate-Dhauroad suburban section in Western Railway.
ii. The ministry also launched two other IT-based initiaves including a SMS destination alert service for premier trains and an e-ticketing portal in Hindi.

i. Complete Nagaland was declared as a disturbed area for a period of one year in exercise of the powers conferred to Union Government by Section 3 of the Armed Forces (Special Powers) Act 1958.
ii. The decision came almost a month after NSCN-(Khaplang), the dominant Naga rebel group, attacked an army convoy in Manipur’s Chandel district and killed 18 soldiers.

i. An Earthquake Warning System (EWS) was successfully installed in Uttarakhand, Dehradun in the first week of July 2015.
ii. With this, Uttarakhand became first Indian state to install a system that can detect earthquakes and disseminate warnings.


Industrial Output Growth Slows to 2.7% in May

i. Industrial output, as measured by index of industrial production (IIP), grew 2.7 per cent in May. This is lower than the downwardly revised 3.36 per cent growth recorded in April.
ii. The growth in manufacturing sector slowed down to 2.2 per cent in May. Among other sectors, mining sector recorded a growth of 2.8 per cent in May and electricity output rose at 6 per cent. 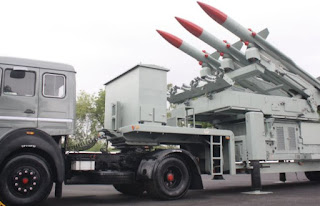 i. Akash is a great success story of the ‘Make in India’ initiative and Bharat Electronics Limited is proud to be a part of it. Barring a few electronic components, every bit of Akash has the ‘Made in India' tag. Almost 92 per cent of the total cost of inputs is sourced within India.
ii. The missile can track a target 100 km away and hit the enemy's helicopter, plane or drone from a 25-km distance, according to defence experts. The missile's radar, developed by BEL, has been named "Rajendra Radar".

i. The Marine Products Export Development Authority (MPEDA) on 9 July 2015 launched two mobile based applications to help farmers get prices on shrimp and capture data on aquaculture through mobile.
ii. MPEDA is a nodal agency for promotion of marine exports from India under Union Ministry of Commerce and Industry.
iii. The two mobile-based applications are: Shrimp price Information over SMS by a missed call, mKRISHI- Mobile App for Aquaculture Operations

i. World Health organisation (WHO) on 7 July 2015 released the Global Tobacco Epidemic Report 2015.
ii. The focus of the report is on R of MPOWER measure which stands for Raise taxes on tobacco.

i. The agreement was signed by Upendra Tripathy, Secretary, Ministry of New and Renewable Energy (MNRE) and Richard Verma, United States Ambassador to India.
ii. The PACESetter Fund is meant to support the Promoting Energy Access Through Clean Energy (PEACE) track of the USA-India Partnership to Advance Clean Energy (PACE).

Rahul Bhatnagar appointed as MD and CFO of Bharti Enterprises

i. Rahul Bhatnagar was on 8 July 2015 appointed as the Managing Director (MD) and Chief Financial Officer (CFO) of Bharti Enterprises. He will report to Sunil Bharti Mittal, Chairman of Bharti Enterprises.
ii. Bhatnagar succeeded Manoj Kohli, who has assumed the role of Executive Chairman of SBG Cleantech, a Joint Venture between SoftBank, Bharti and Foxconn for renewable energy. 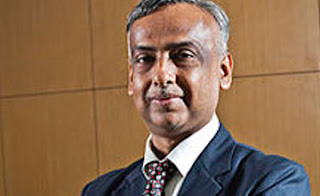 i. Professor Lord Kamlesh Patel of Bradford OBE was on 8 July 2015 appointed as an independent member on the 14-member board of the England and Wales Cricket Board (ECB).


ii. With this, he became the first British Asian to join the ECB Management Board which is chaired by Colin Graves and the President of the Board is Giles Clarke CBE.

i. The Reserve Bank of India (RBI) on 9 July 2015 released the final guidelines on Prepaid Payment Instruments for Mass Transit System (PPI-MTS).
ii. The issued guidelines enable the issuance of a separate category of semi-closed prepaid payment instruments for mass transit systems.
iii. The PPI-MTS will enhance commuter convenience and will also facilitate the migration to electronic payments in line with the country’s vision of moving to a less-cash society.

i. The Union Ministry of Youth Affairs and Sports on 8 July 2015 constituted an eight member committee to study status of Sports Authority of India (SAI) training centers across the country.
ii. The committee will be headed by former athlete Ashwini Nachappa and includes Pullela Gopi Chand as a member among others.
iii. The committee was formed against the backdrop of suicide attempt by four girl inmates at the Sports Authority of India (SAI) SAG Water Sports centre at Alappuzha, Kerala in May 2015 that resulted in death of one girl trainee. 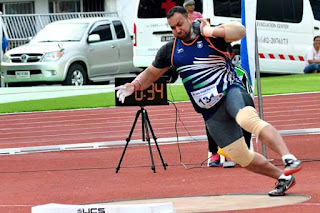 i. Indian shot-putter Inderjit Singh on 8 July 2015 came up with a best throw of 20.27 meter in the final attempt to win the Gold medal of men's shot put event at the World University Games in Gwangju, South Korea.
ii. With this, he created history to become the first Indian to win a gold medal at the World University Games. In the last edition of the games in 2013 in Russia he had won silver medal in the shot put event.

i. Noted Urdu poet and critic Bashar Navaaz passed away on 9 July 2015 following a brief illness in Aurangabad, Maharashtra.
ii. He was 80. He was known as an Indo Pak shayar as his poetry is popular in India as well as in Pakistan.