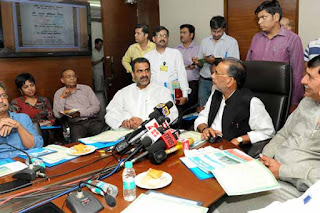 i. A proposal to redevelop about 400 railways stations in metros and major cities besides pilgrim centres and tourist spots was cleared by the government on Thursday.

ii. The Union Cabinet, chaired by Prime Minister Narendra Modi, gave its approval for redevelopment of the railway stations on 'as is where is' basis to accelerate the process of revamping them.

Theme - "Youth skills for work and life in the post-2015 agenda"
i. The World Youth Skills Day (WYSD) was on 15 July 2015 observed globally for the first ever time. The theme is in line with the upcoming Sustainable Development Goals (SDGs) for 2030.
ii. In India, to mark this day, the Union Ministry of Skill Development and Entrepreneurship (MSDE) launched the SKILL INDIA Campaign. The ministry rolled out the flagship scheme Pradhan Mantri Kaushal Vikash Yojana (PMKVY).

i. The Reserve Bank of India (RBI) on 15 July 2015 constituted a committee to work out a five-year (medium-term) action plan for financial inclusion. The 14-member panel will be headed by RBI executive director Deepak Mohanty.
ii. The committee was constituted in reference to Prime Minister Narendra Modi’s address on the occasion of the Reserve Bank’s 80th anniversary wherein he asked the Bank to take the lead in encouraging financial institutions and to set a medium-to-long term target for sustainable financial inclusion.

i. Modern Indian artist Sayed Haider Raza was on 14 July 2015 conferred with the highest French civilian honour, the Commandeur de la Legion d’ Honneur (the Legion of Honour).
ii. The award was presented by French Ambassador Francois Richier on the occasion of the French National Day celebrations.
iii. Syed Haider Raza alias SH Raza is an Indian artist who has lived and worked in France since 1950, but maintains strong ties with India. 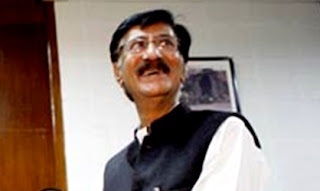 i. A team of scientists at CERN on 14 July 2015 announced discovery of the exotic subatomic particles pentaquarks which so far had existed in theory only.
ii. The discovery amounting to new state of matter was made during Large Hadron Collider beauty (LHCb) experiment at LHC in CERN, Geneva.